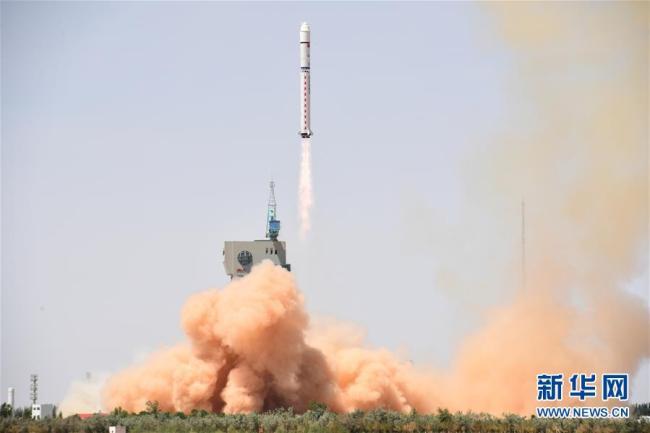 Two Chinese Earth observation satellites, the Gaofen-5 and Gaofen-6, were officially put into service on Thursday after completing in-orbit tests.

During the tests, the two satellites provided precise data on environmental monitoring, natural resources as well as some natural disasters, according to China's State Administration of Science, Technology and Industry for National Defense (SASTIND) and China's National Space Administration (CNSA).

Zhang Kejian, vice minister of industry and information technology, and head of SASTIND and CNSA, said at a press conference that after the launch of the Gaofen-7 satellite later this year, China will complete the construction of its space-based Earth observation system with seven high-definition satellites.

Launched on May 9, 2018, Gaofen-5 is the first China-developed satellite that can monitor air pollution. It can dynamically reflect the state of air pollution in China through the monitoring of air pollutants, greenhouse gases, and aerosols.

With a designed life of eight years, Gaofen-6 was launched on June 2, 2018, and can provide high-resolution images covering a large area of the Earth. Its data can be applied in monitoring natural and agricultural disasters, estimating crop yields and surveys of forest and wetland resources.