Two Chinese scientists elected to the National Academy of Sciences 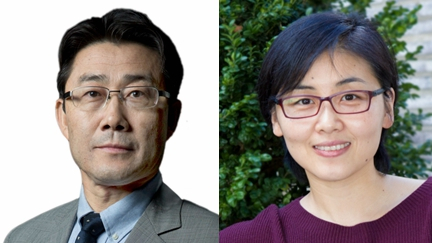 The National Academy of Sciences (NAS) on Tuesday, elected two Chinese scientists as foreign associates "in recognition of their distinguished and continuing achievements in original research."

The two scientists are Gao Fu and Yan Nieng. This recognition is considered one of the highest honors a scientist or engineer can receive in the US.

Gao is the director general of Chinese Center for Disease Control and Prevention (CDC), dean of medical school of University of Chinese Academy of Sciences, and vice president, of National Natural Science Foundation of China.

His research interests include the molecular mechanism of interspecies transmission of pathogens, molecular virology, and molecular immunology.

He was working at University of Oxford as a lecturer and doctoral supervisor from 2001 to 2004 and went back to China as director of Institute of Microbiology of Chinese Academy of Sciences (CAS) until 2008.

Gao started his career at China CDC in 2011 as deputy director and became director general in 2017.

Yan is a structural biologist and the Shirley M. Tilghman Professor of Molecular Biology at Princeton University.

Born in 1977 in east China's Shandong Province, Yan received her bachelor's degree from China's Tsinghua University and went on to finish her Ph.D. degree at Princeton University in 2004.

In 2007, Yan returned to China and started working at Tsinghua University when she was 30 as the director of the Department of Biology. She became the youngest professor and Ph.D. advisor at Tsinghua, one of the top universities in China.

Among the 100 new members and 25 foreign associates, forty percent are women – the most ever elected in any year to date.

There are currently 2,347 active members and 487 foreign associates at NAS in total.