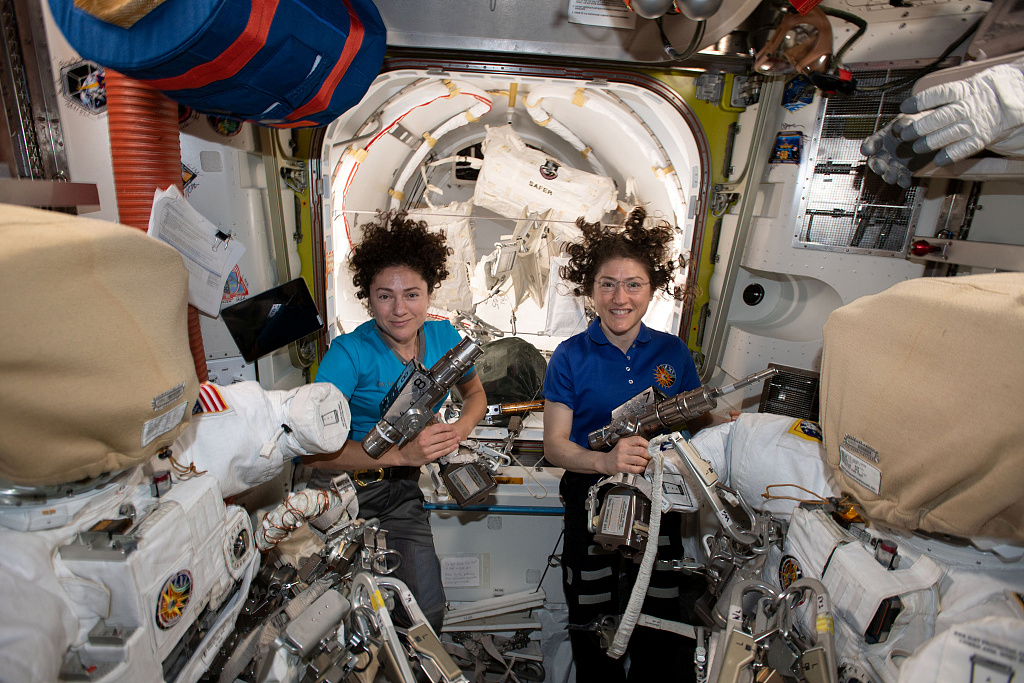 WASHINGTON, Oct. 18 (Xinhua) -- Two U.S. astronauts completed the first-ever all-female spacewalk for humankind as they ventured outside the International Space Station (ISS) for about seven hours on Friday.

NASA astronauts Christina Koch and Jessica Meir switched their spacesuits to battery power at about 7:38 a.m. U.S. Eastern Time before going out into the vacuum of space.

They are tasked with replacing a power controller in the truss which failed to work on Oct. 11. The broken battery charge-discharge unit regulates the charge to the batteries that collect and distribute solar power to the orbiting lab's systems, according to NASA.

At 2:55 p.m. U.S. Eastern Time, Koch and Meir completed the spacewalk that lasted seven hours and 17 minutes, having swapped the faulty power controller.

They also made some get-ahead tasks including the installation of a stanchion on the Columbus module for support of a new external payload platform scheduled for launch to the station in 2020.

U.S. President Donald Trump talked to the two female astronauts during the spacewalk, calling them "brave people" and the mission "truly historic."

In the ground-to-space talk, Meir gave credit to female astronauts who have done spacewalks in the past. She is the 15th woman to have a spacewalk and the 14th U.S. spacewoman.

The spacewalk is the 221st in support of station assembly, maintenance and upgrades, and the eighth outside the station this year.