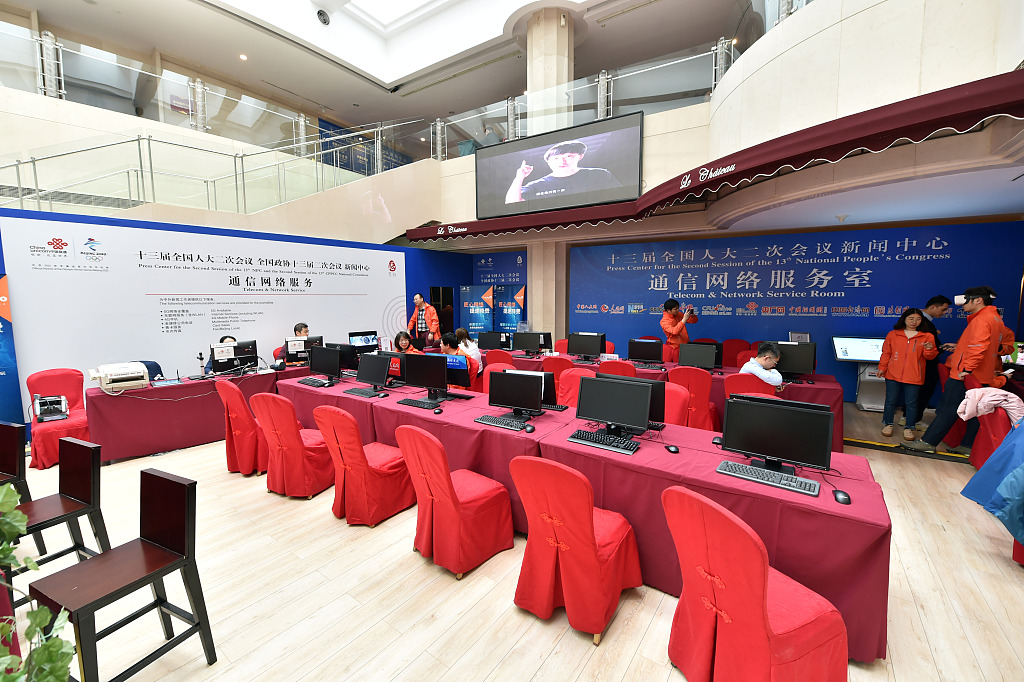 The press center for the upcoming two sessions opened on Wednesday in Beijing. The center will host press briefings along with interviews with deputies and delegates coming and going from the meetings. (Photos: VCG) 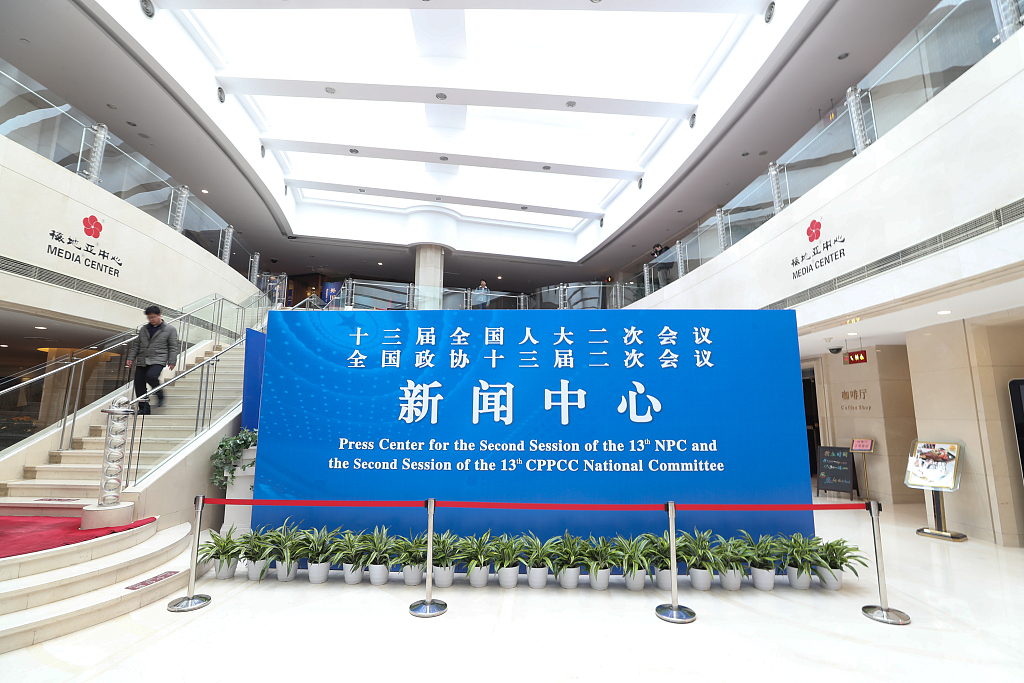 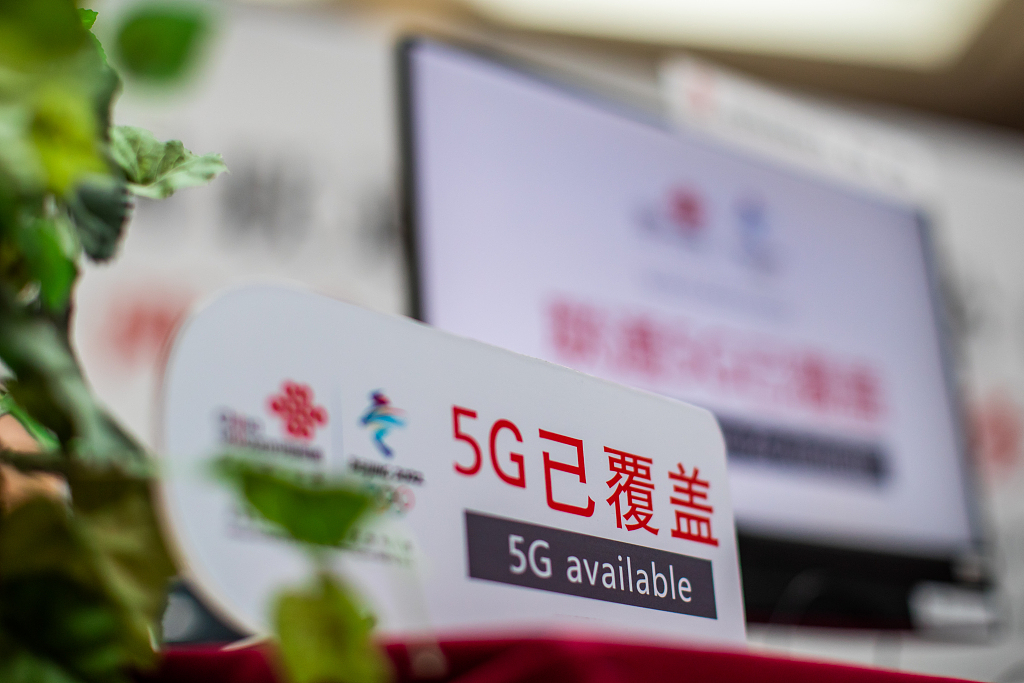 A 5G network will be used at the two sessions for the first time to stream high-definition video. 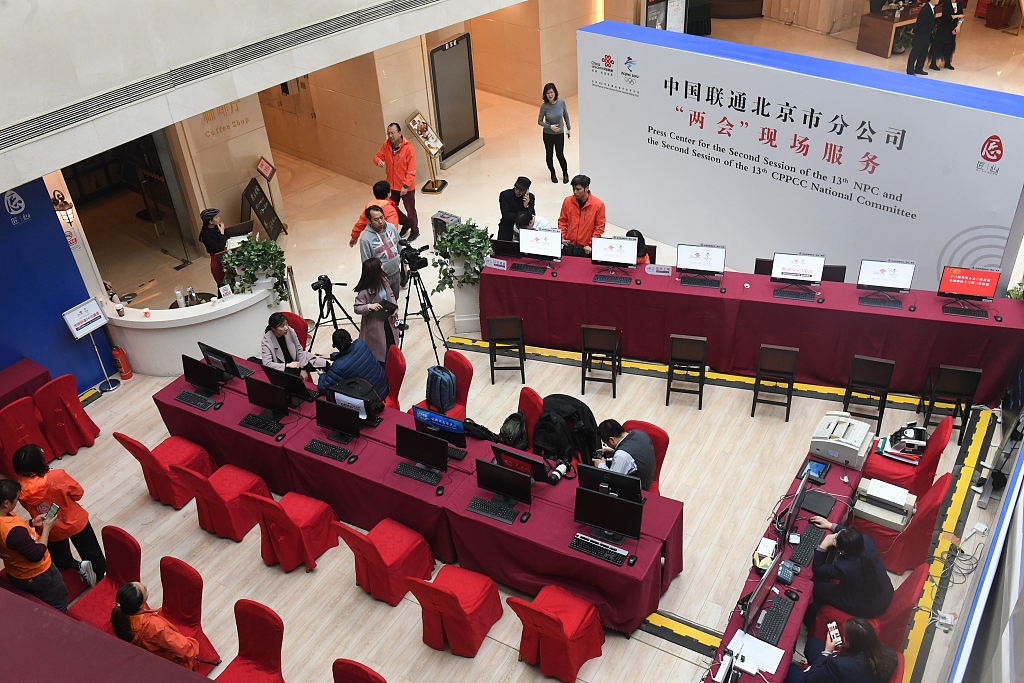 People set up the press center for the two sessions in Beijing on Wednesday, February 27, 2019. 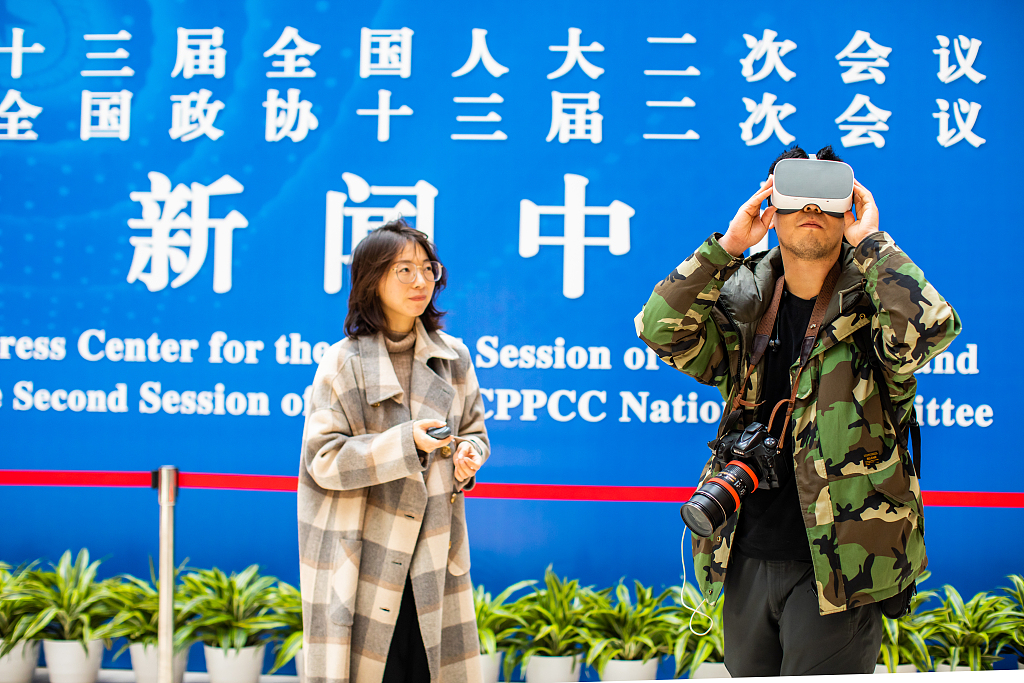 A journalist experiences VR devices at the press center, February 27, 2019. 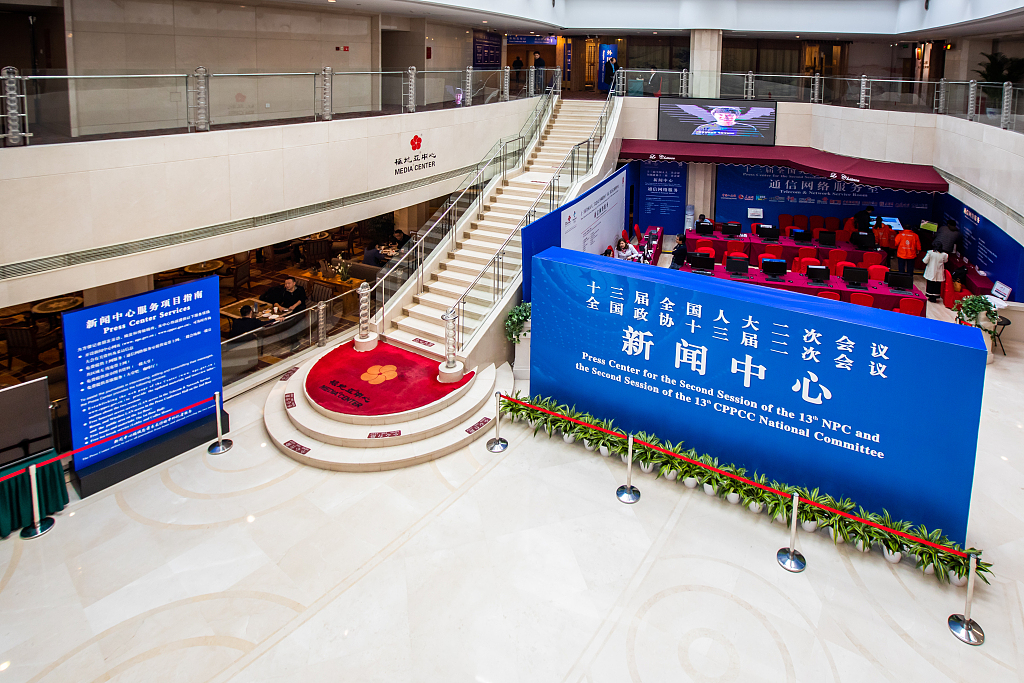