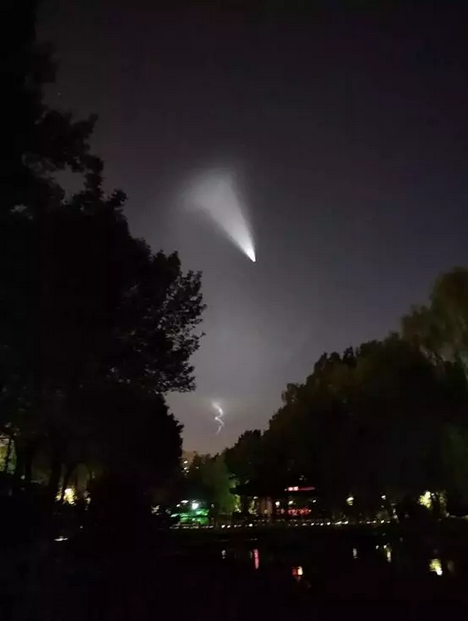 China conducted military exercises in the Bohai Sea and Bohai Straits on Saturday and Sunday, coinciding with reports from residents across multiple provinces of China on social media who say they saw an unidentified flying object (UFO) with a glowing fiery tail streak across the sky.

China conducted two military exercises in the Bohai Sea and Bohai Straits, one from 7:00 am to 13:00 pm on Saturday and the other from 2:30 am to 12:00 am on Sunday, according to two notices released by the Maritime Safety Administration of China over the weekend that restricted navigation at sea.

The notices listed a set of coordinates and asked ships not to enter a wide maritime area southwest to Dalian, Northeast China's Liaoning Province and northwest to Yantai, East China's Shandong Province.

Some netizens say this is not the first time they have spotted seeing such an object in the sky.

Although some netizens speculated that the UFO could be related to the military exercises in the Bohai Sea, such as a submarine-launched ballistic missile test, the objects remain a mystery. No official explanation has been given as of press time.

Another military exercise was scheduled on Sunday and Tuesday in the South China Sea, according to a separate navigation restriction notice released by the Maritime Safety Administration of China on Friday.

The substance of the exercises remains unknown.