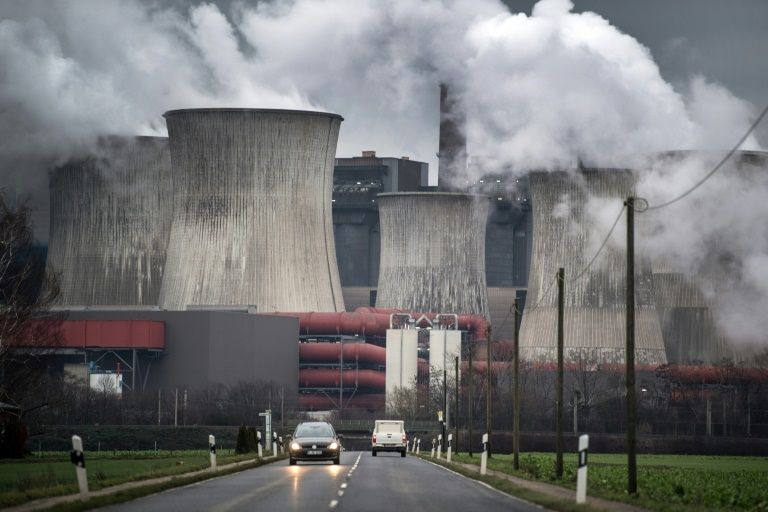 LONDON (Xinhua) -- Britain made a legally binding commitment on Thursday to bringing all greenhouse gas emissions to net zero by 2050, setting it the first major economy in the world to pass laws to end its contribution to global warming by mid-century.

The target was more ambitious than the previous goal of cutting its greenhouse gases by at least 80 percent on 1990 levels by mid-century, which was enshrined in the Climate Change Act in 2008. The amendment of the 2050 goal, approved by the House of Commons and House of Lords this week, came into effect on Thursday.

The net zero target was recommended by the Committee on Climate Change, Britain's independent climate advisory body. It means any emissions would be balanced by schemes to offset an equivalent amount of greenhouse gases from the atmosphere, such as planting trees or using technology like carbon capture and storage.

Chris Skidmore, Interim Minister of State for Energy and Clean Growth, said: "The UK kick-started the Industrial Revolution, which was responsible for economic growth across the globe but also for increasing emissions."

"Today we're leading the world yet again in becoming the first major economy to pass new laws to reduce emissions to net zero by 2050 while remaining committed to growing the economy -- putting clean growth at the heart of our modern Industrial Strategy," Skidmore said.

He said the UK is pioneering the way for other countries to follow in its footsteps driving prosperity by seizing the economic opportunities of becoming a greener economy.

Also on Thursday, Tata Chemicals Europe unveiled plans to build the UK's largest carbon capture project to date, removing 40,000 tonnes of CO2 from the atmosphere each year, equivalent to 22,000 fewer cars on the road.

The 16.7 million pounds project will be funded by Tata Chemicals Europe with the support of a 4.2 million grant from the UK government, expected to be operational as soon as 2021 in Cheshire.

The UK government believes carbon capture, utilization and storage (CCUS) has an essential role to play to meet the net zero target, and expects to have the option to deploy CCUS at scale during the 2030s, subject to costs coming down sufficiently.(1 pound=1.27 U.S. dollars)