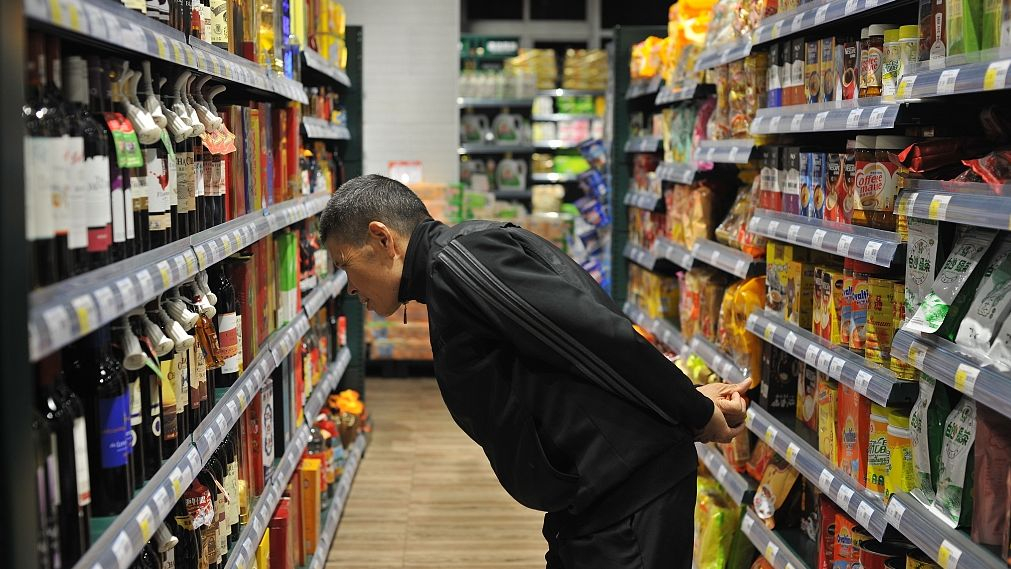 China's booming tech scene, the digital presence of which has covered every aspect of people's lives, has now come to see the untapped market potential in the rocketing elderly population.

In late April, an app that teaches Chinese middle-aged and elderly "square-dancing" — an exercise routine of dancing in squares, plazas or parks across China —received financial backing from Internet giant Tencent. The app, called Tangdou, has raised to date nearly 200 billion dollars in investment.

Tencent's investment move is the latest example that the silver-haired are likely to become the next growth engine for the country's economy. In recent years, start-ups in China, which used to target the tech-savvy millennials primarily are switching gears to appeal to the elderly.

The new old-aged are going mobile

Kuaile 50, or Happy 50, an education platform that provides online and offline education to people aged over 50, is one of the fastest developing start-ups targeting the country's elderly. Through its website and mini-program, elders can watch course videos ranging from how to play the flute to learning Chinese calligraphy. They can also choose to attend class on campus.

It is no coincidence that users of Kuaile 50 mostly belong to the 50 to 65 age cohort. While those aged 70 and older in China are firm believers of China's frugality tradition, those between 50 to 65 are the beneficiaries of China's reform and opening-up.

"We used to think age difference does not matter with regards to elders," said Dang Yue, founder of Kuaile 50, in an interview with CGTN, "then we come to realize that the younger cohort in the elders is different— they want to consume, and have consumption ability."

Those seniors, who mostly reside in big cities and are former employees at state-owned enterprises or universities, are reaping the fruits of China's economic development at an old age. They are willing to spend money on themselves in pursuit of a meaningful senior life, rather than hoarding cash for children.

An extended old age is thus created, or the "new old age" cohort, defined by its high consumption ability and will. For them, catching up with China's tech revolution is essential.

The stratified market of the 'silver economy'

A report published by China' s leading e-commerce site Alibaba shows that in 2018, users aged over 50 reached 30 million on Taobao, a 17-fold increase from the figure in the year 2013. On average, they spend 5,000 yuan per year on Taobao, buying 44 items from the site.

This is a result not only of the sheer market size of the so-called "silver economy" of elderly users — China is home to the world's largest population of seniors — their consumption potential is unleashed by wide mobile phone availability and ease of digital payment.

The dramatic increase in consumption among the elderly even took many Chinese companies by surprise. Duan told CGTN that Chinese karaoke companies are coming to terms with the fact that elders populate most of the karaoke bars on weekdays.

Since most young and middle-aged people are working in their office during weekdays, karaoke bars become the venue of choice for elders to socialize. As elders come to inhabit the booths, companies are adjusting to their demands by introducing more classic old-age songs and lunch specials for elders.

"The elderly users come first, then comes the service marketed to the elderly," said Duan.

Alibaba, seeing the great market potential among the elders, launched a new channel on Taobao for elderly users where family members can have access to products in each other's shopping basket and pay for each other.

Those consumptions are conducted mostly in online markets, due to the booming e-commerce sector in China. "Since offline retail business in China is still at a primitive age, especially in third and fourth tier cities, online consumption is leading the business," said Duan.

For long, China's senior care sector is dominated by traditional real estate business. Construction of large resort-style retirement communities, which used to be the leading business in the elderly market, has been plagued by low profit and small investment returns.

But the new start-ups targeting at the elderly are expanding fast. For example, though Kuaile 50's core market still lies in education for the elderly, it is now actively expanding into other industries, with tourism in particular.

The brand extension strategy stems from the trust-based nature of the elderly industry, said Dang.

Unlike youth who prefers novelty, elders have to develop trust in the products before their final purchase. Duan said this means that for start-ups, as long as they accumulated traffic in one industry, they can quickly expand into other sectors based on their massive user base among the elderly.

This is also one of the many pitfalls that young entrepreneurs may fall into. One of the earliest start-up projects Dang wanted to pursue is a platform where elders who wish to go outdoors can find interested partners. But it did not work out well because elders do not trust strangers easily.

Since young people are inherently interested in new things, Internet-based innovations dedicated to the youth get to develop quickly, Dang said, looking back to her experience as an entrepreneur. But for the elderly market, brand recognition or trust in the service has to predate market expansion, Dang explained. Companies need to identify the real needs of elders and cater their service to that group of customers.

"Market expansion cannot thus outpace the increase in demand of the elderly. Otherwise, who will use your service?"