TECH US astronaut sets record for longest spaceflight by a woman

US astronaut sets record for longest spaceflight by a woman 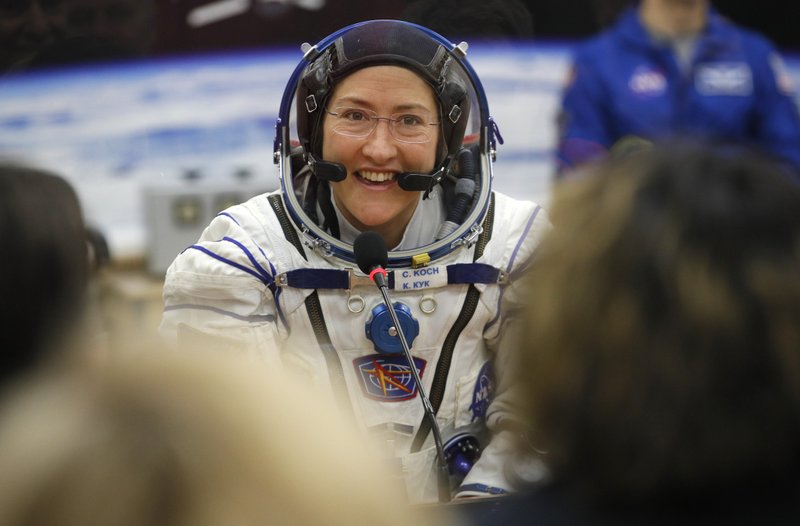 US astronaut Christina Koch, member of the main crew of the expedition to the International Space Station (ISS), speaks with her relatives through a safety glass prior the launch of Soyuz MS-12 space ship at the Russian leased Baikonur cosmodrome, Kazakhstan in March 2019. (File photo: AP)

A US astronaut set a record Saturday for the longest single spaceflight by a woman, breaking the old mark of 288 days with about two months left in her mission.

Christina Koch, a 40-year-old electrical engineer from Livingston, Montana, arrived at the International Space Station on March 14. She broke the record set by former space station commander Peggy Whitson in 2016-2017.

Koch is expected to spend a total of 328 days, or nearly 11 months, on board the space station before returning to Earth. Missions are typically six months, but NASA announced in April that it was extending her mission until February.

The US record for longest space flight is 340 days set by Scott Kelly in 2015-2016. The world record is 15 months set in the 1990s by a Russian cosmonaut aboard the former Mir space station.

Koch’s extended mission will help NASA learn about the effects of long spaceflights, data that NASA officials have said is needed to support future deep space exploration missions to the Moon and Mars.

Before breaking the endurance record for a woman in space, Koch set another milestone as part of the first all-female spacewalking team in October. It was Koch’s fourth spacewalk.

She previously said she took a lot of helpful advice from Kelly’s 2017 autobiography “Endurance.”