TECH US attempts at blocking 5G to fail with NATO allies: experts

US attempts at blocking 5G to fail with NATO allies: experts 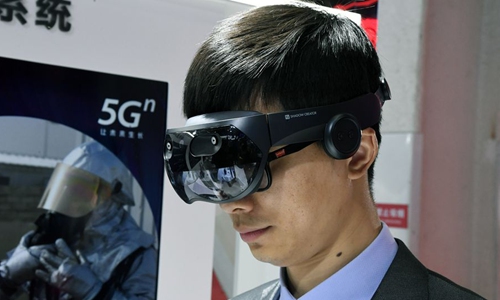 Chinese experts said on Tuesday that the US attempt to force North Atlantic Treaty Organization (NATO) allies to blacklist Chinese-built 5G technology in the name of cybersecurity will fail as it violates the allies' national interests and their needs for updated technology.

The US will reportedly discuss the alleged threats posed by China, including its dominance of 5G telecommunications networks, as US President Donald Trump meets allies at a NATO summit in London on Tuesday and Wednesday.

China's rising military, economic and technological power might be discussed at the summit, Reuters said.

Chinese observers said the US side has been hyping threats and challenges to NATO and would force allies to pick sides between China and the US by blocking 5G networks developed by Chinese companies in their countries.

Xiang Ligang, director-general of the Beijing-based Information Consumption Alliance, told the Global Times that the US attempts would go bankrupt as the adoption of 5G technology, a technological trend at which Chinese companies excel, is an inevitable trend.

Xiang said that Chinese telecom equipment makers like ZTE and Huawei have an edge in developing 5G terminal devices and infrastructure over their global competitors. In adopting Chinese 5G, the allies could cut costs, he noted.

"There is no good substitute for the technology in the Western counties, which means NATO allies will have no other choice but to select Huawei eventually," Xiang said.

Shen Yi, a professor at Shanghai-based Fudan University, told the Global Times that US attempts would fail as allies would first weigh their own national interest and technology needs and then their relations with the US.

Shen noted that the US is losing its dominance in NATO after the US media outlet CNBC reported Monday that the organization's secretary-general Jens Stoltenberg insisted the military alliance did not want to "create new adversaries."

Shen said that US attempts are based more on the political intention to contain China's development and so it hypes the alleged cyber-security threats.

US Secretary of Defense Mark Esper warned NATO allies in a speech in September at the Cybersecurity and Infrastructure Security Agency summit in Maryland that using 5G networks developed by Chinese companies "jeopardizes military interoperability and intelligence sharing opportunities."

In an interview with The Economist in September, Ren Zhengfei, CEO of Shenzhen-based Huawei, said he was ready to share the 5G technology.

The report said the buyer could modify the source code, meaning that neither Huawei nor the Chinese government would have even hypothetical control of any telecoms infrastructure built using equipment produced by the new company.

More countries, even some European countries, have begun to reject calls from the US. After Germany said it planned to allow Huawei to build 5G networks, the UK became the next major power in Europe likely to embrace Huawei.