US FDA takes up decades-long debate over breast implant safety

US health officials are taking another look at the safety of breast implants, the latest review in a decades-long debate. 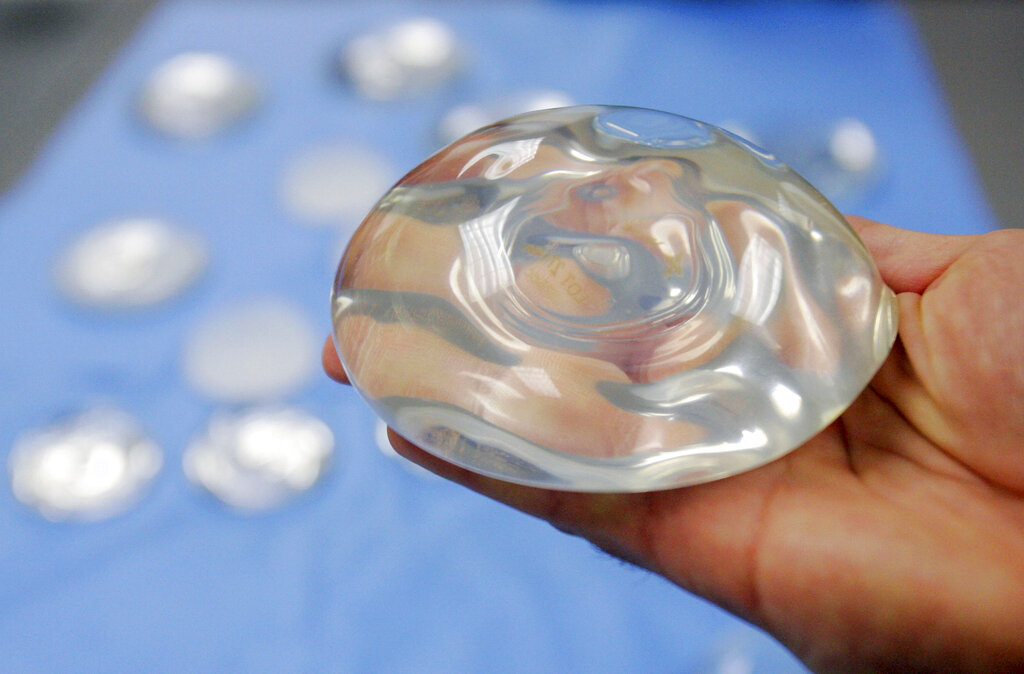 Dec. 11, 2006 file photo shows a silicone gel breast implant in Irving, Texas. US health officials are taking another look at the safety of breast implants, the latest review in a decades-long debate. (Photo: AP)

At a two-day meeting that starts Monday, a panel of experts for the US Food and Drug Administration will hear from researchers, plastic surgeons and implant makers, as well as from women who believe their ailments were caused by the implants.

The panel will consider next steps, but for now, the FDA isn't proposing any new restrictions or warnings. The agency's longstanding position is that implants are essentially safe as long as women understand they can have complications, including scarring, pain, swelling and implant rupture.

But the FDA and other regulators around the world have been grappling with how to manage a recently confirmed link to a rare cancer and the thousands of unconfirmed complaints of other health problems.

In documents released before the meeting, FDA regulators said it is "impossible" for them to determine how frequently the cancer — a form of lymphoma — occurs because the US does not track the total number of implants on the market. Estimates of the frequency of the disease range from 1 in 3,000 women to 1 in 30,000.

Most confirmed cases of the disease, known as breast implant-associated anaplastic large cell lymphoma, have involved a particular style of implants with a textured surface, designed to reduce scar tissue and slippage. But the FDA said it has also received reports of the disease in smooth implants — which account for most of the US market — raising questions about whether the cancer is a risk with both implant types.

The disease is not breast cancer, but a form of cancer that attacks the immune system and usually forms in the scar tissue surrounding implants. It grows slowly and can usually be successfully treated by surgically removing the implants.

Thousands of women have also blamed their implants for a host of ailments, including rheumatoid arthritis, chronic fatigue and muscle pain. In the documents, the FDA reiterated its position that "there is not sufficient evidence" linking them to breast implants. The agency also sidestepped requests from patients to add a boxed warning — the agency's most serious type — to breast implants and to require manufacturers to give women a checklist of potential harms and complications before surgery.

"I'm a little discouraged," said Jamee Cook, one of more than 20 patients set to speak at the meeting, after reviewing the FDA materials. "But I guess I'm hoping that what we have to say will prompt discussion on those action points."

A former paramedic, Cook said she had an array of health problems after getting implants in 1998, including exhaustion, migraines and an immune system disorder. She said her symptoms either resolved or improved after the implants were removed in 2015.

Breast augmentation is the most popular form of cosmetic surgery in the US, with roughly 300,000 women undergoing the procedure each year. Another 100,000 women receive implants for breast reconstruction after cancer surgery. Most women choose silicone gel-filled implants, which are considered more natural looking than saline implants.

Implants first went on sale in the mid-1960s. But they attracted little attention until the late 1980s, when a wave of lawsuits alleged serious harms and diseases linked to the devices. The FDA banned the silicone gel type in 1992 because of fears they might cause breast cancer, lupus and other disorders. But when studies seemed to rule out most of the disease concern, regulators returned the implants to the market in 2006 with the requirement that manufacturers track recipients to see how they fare long term.

Implant makers Allergan and Mentor — which is now part of Johnson & Johnson — enrolled nearly 100,000 women in a 10-year study. But more than half of the women dropped out within three years, leaving insufficient data to draw firm safety conclusions.

Last September, researchers at the University of Texas MD Anderson Cancer Center analyzed the company reports and found that women with silicone implants seemed to have greater rates of an immune system disorder called Sjogren syndrome, a connective tissue disorder called scleroderma and the skin cancer melanoma. But the authors acknowledged the limitations of the data, which often relied on incomplete, undiagnosed patient reports. FDA regulators said they "respectfully disagree" with the conclusions.

Last week, the FDA sent warning letters to Mentor and a smaller implant maker, Sientra, for failing to enroll or retain enough patients in their long-term studies. Allergan and the other US manufacturer of breast implants — Ideal Implant — did not receive warnings.