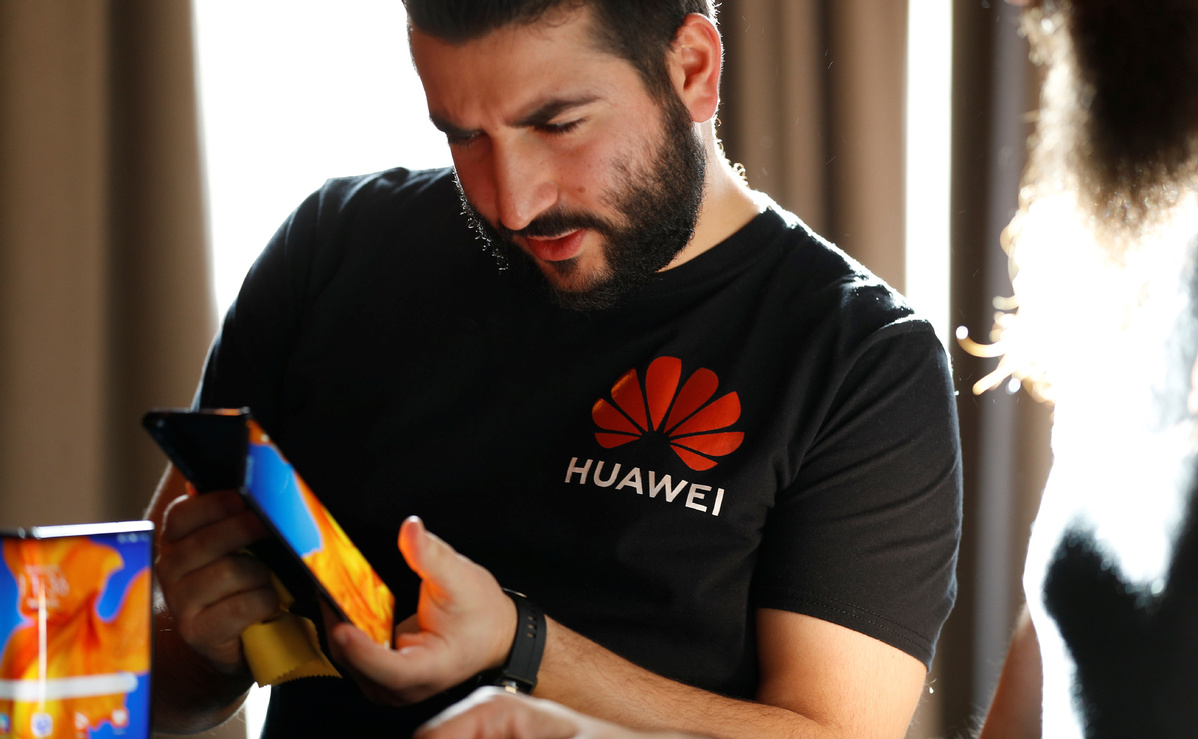 A Huawei employee demonstrates the features of the Huawei Mate XS device, during a media event in London, Britain, February 18, 2020. (Photo: China Daily)

A draft rule from the United States Department of Commerce that would allow US companies to work with Huawei Technologies Co on 5G standards will help accelerate the global rollout of 5G and promote transparency in international telecom cooperation if it is approved, experts said.

The comments came after Reuters reported that the US Department of Commerce is close to signing off on the rule, which will essentially allow US companies to participate in standards-setting meetings where Huawei is also a member.

"It is in line with the interests of telecom-related companies worldwide, including US tech players that want to be more active in international standard bodies," Xiang said.

The draft is still under final review by the department and, if cleared, will go to other agencies for approval, according to the Reuters report.

Huawei declined to comment. But Andy Purdy, chief security officer of Huawei USA, said in a post on Twitter that the rule "may reopen possibilities for collaboration in standards efforts that are important for setting requirements and enabling independent certification and testing. This in turn promotes assurance and transparency".

According to Reuters, the rule is designed to allow US firms to participate in international standards-setting meetings when Huawei is present.

The US Commerce Department placed Huawei on its "entity list" in May 2019, citing national security concerns. The listing restricted sales of US goods and technology to the company and raised questions about how US firms could participate in organizations that establish industry standards.

Fu Liang, an independent analyst who has been following the telecom industry for more than a decade, said: "Industry standards are crucial for telecom companies. Having their technologies considered as essential to global 5G standards will not only boost their industrial sway but also their revenues."

Huawei has declared 3,147 5G standard-essential patent families－collections of patent applications covering the same or similar technical content－as of Jan 1, the world's most, according to German patent analytics firm IPlytics. That is the result of Huawei's consistent heavy input into research and development, Fu said.

Dirk Wossner, a board member and general manager of Deutsche Telekom, said if the German company is to construct about 2,000 LTE, or long-term evolution, base stations by the end of this year, "We also need Huawei."

Wossner made the remark in an interview with German newspaper Frankfurter Allgemeine Zeitung earlier this month. The senior executive added that if Huawei is excluded, "we will not be able to quickly eliminate 5G signal blind spots".