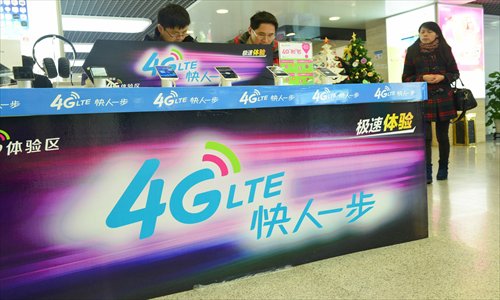 Chinese social media had a field day on Monday after a Chinese scholar in the US attributed her briefing disappearance to no signal during a trip to a forest, prompting internet users to tease the misguided US attempts to block Chinese telecoms.

But beyond the mockery, the widespread attention engendered by the brief disappearance of Wang Mianmian underscored growing safety fears for Chinese students, scholars, and tourists in the US amid what Chinese officials called "harassment" by US authorities.

Wang, a visiting scholar from East China's Zhejiang Province studying at Amherst College in Massachusetts, returned safely on Monday after being missing for more than 50 hours, according to media reports.

In a screenshot of a post on Wang's WeChat carried by domestic news outlets, the 31-year-old English lecturer said, "I am back. Everyone, don't worry. I didn't realize that the cell signal in the US is too bad. Sorry!"

Even as they cheered Wang's safe return, Net users expressed amusement at the paucity of the US mobile phone coverage.

"Great! Just a false alarm. Also, is cell signal that bad in the US?" was a typical comment posted on China's Twitter-like Sina Weibo platform on Monday.

"You should really learn about Huawei's 5G!" posted another, apparently mocking the US decision to ban Chinese telecom giant Huawei.

Xiang Ligang, director-general of the Beijing-based Information Consumption Alliance, said that the US mobile network coverage in rural areas still lags behind China by and large.

"The major telecoms carriers, who are capital-oriented companies, mostly focus on highly populated regions rather than rural areas and so the telecoms construction in less-populated areas generally needs to rely on small, local carriers," Xiang said.

China has more than 4 million 4G stations while the US has roughly 200,000, according to Xiang, who said Chinese telecom firms like Huawei and ZTE provide affordable alternative solutions.

On November 22, the US Federal Communications Commission voted to designate Huawei and ZTE as national security risks and barred US rural carriers to use an $8.5 billion government fund to purchase equipment or services from the Chinese firms, according to Reuters.

The incident highlighted growing concerns about the safety of Chinese nationals in the US in the wake of several deadly incidents.

In the most high-profile case, Zhang Yingying, a visiting Chinese scholar at the University of Illinois at Urbana-Champaign, was abducted and murdered by Brendt Christensen.

Christensen was convicted of the murder but spared the death penalty, a decision that apparently angered many online in China.

In September, four Chinese tourists were killed in a bus crash in the US state of Utah. In June, Chinese government departments including the Ministry of Foreign Affairs and the Ministry of Culture and Tourism issued warnings for Chinese nationals in the US, citing frequent shootings, robberies and theft as well as harassment by US authorities.