TECH US schools turn to apps, other tech to guard against shootings

US schools turn to apps, other tech to guard against shootings 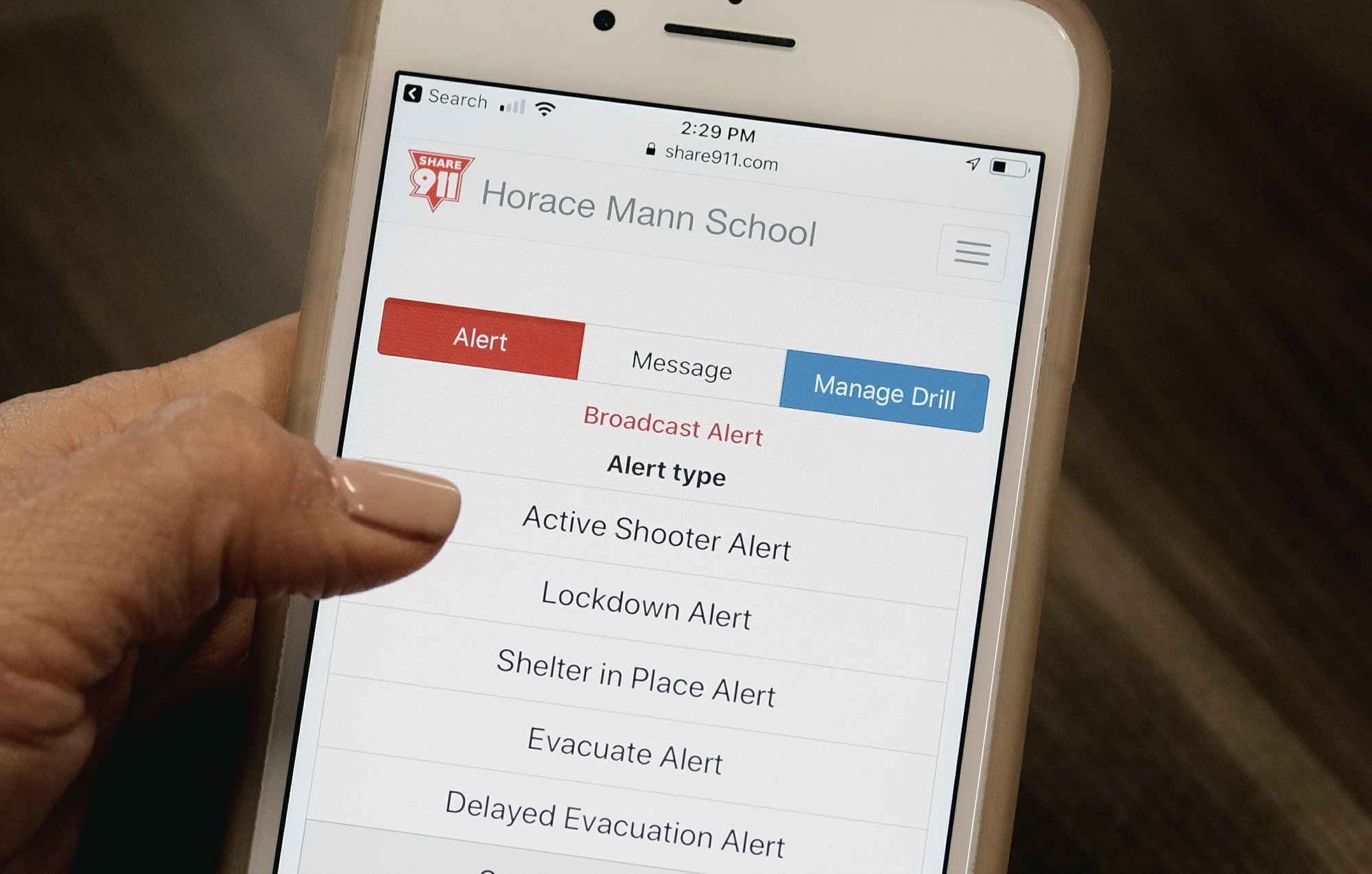 US schools trying to protect kids from mass shootings are turning to gunshot detection systems, cellphone apps and artificial intelligence — a high-tech approach designed to reduce the number of victims.

Technology that speeds up law enforcement’s response and quickly alerts teachers and students to danger is a growing tool amid rising concerns over the inability to prevent shootings like the one last week at a suburban Denver high school. An 18-year-old student who rushed one of the gunmen died.

While a focus on gun control often emerges after school shootings, technology can be a less partisan solution that’s quick to implement — though some experts say funding preventive mental health resources should be the priority.

“We’ve kind of reached this state of frustration where we (feel like we) can’t protect our students,” said Dennis Kenney, a professor at the John Jay College of Criminal Justice. “What we’re trying to do is find some technological fix, and there isn’t one.”

Districts nationwide are recognizing that and instituting an approach that combines technology with mental health programs, bullying prevention and security officers.

“If I’m intent on shooting people at a school, there are 20 ways to do it,” said Erik Endress, CEO of Share911, a New Jersey-based company with an app that allows staff to immediately report to colleagues and police everything from medical conditions to active shooters.

“We can improve the outcome of these situations,” Endress said. “We can minimize the casualty count.”

While school attacks are relatively rare, they have been among the deadliest mass shootings in US history.

The 1999 massacre of 13 people at Columbine High School in Littleton, Colorado, ushered in a new era of school security but the carnage continued, including 27 people killed in 2012 at Sandy Hook Elementary School in Newtown, Connecticut, and 17 deaths last year at Marjory Stoneman Douglas High School in Parkland, Florida.

Joseph Erardi, a retired Newtown superintendent who came to the district a year after the shooting, said lawmakers pressed for “hardening” infrastructure at schools.

That has spurred a billion-dollar industry where companies manufacture products from “ballistic attack-resistant” doors to smoke cannons. The hardening market, as well as lobbying efforts to get taxpayer dollars to fund upgrades, had stalled in recent years but rekindled after the Parkland shooting.

Now many schools, like the Beverly Hills Unified School District, are combining that kind of hardware with more high-tech solutions and therapeutic programs.

“That’s like the Number 1 concept of security for any principal: physical security and emotional security of children,” said Juliet Fine, principal at Horace Mann School, which serves kindergarten through eighth grade.

Beverly Hills is among 200 US school districts using the Share911 app. The board of education added it and other measures, including armed security officers, following the Parkland shooting.

In the fall, the district will add a central command center that will monitor feeds from all the district’s surveillance cameras and use software to monitor keywords in online search traffic for potential threats.

“Safety in schools is evolving. Technology and software, like in all aspects of the modern world, need to be utilized and used,” said Christopher Hertz, district director of school safety. “We want our kids to feel and be safe. ... If we do all this, then our teachers can do what they need to do.”

Wealthier areas have not been immune to violence. Horace Mann parents and teachers stressed that they and students feel safe within the walled campus, and not just because it’s in an exclusive area.

“I’m grateful I live in this community that has so much security, and I know they are protected,” Evelyn Lahiji, 42, said as she picked up her sons, Lorenzo Naghdechi, 8, and Leonardo Naghdechi, 9.

Christina Richner, 45, said her 6-year-old son, Julian, and 9-year-old daughter, Olivia, have gone through so many emergency drills that “their reflexes will kick in” during a shooting.

The students are trained to gather in a corner with the classroom’s lights out and blinds drawn in a lockdown, social studies teacher Laura Stark said. Staffers check in via the Share911 app to share information, including if any kids are missing or injured.

Share911 launched three weeks after the Sandy Hook shooting. The app provides real-time data to school employees and law enforcement, such as the type of threat and its location, based on floor plans of the building.

“You can’t decide if you’re going to run, hide or fight in the absence of information,” said Endress, the CEO.

AmberBox, an indoor gunshot detection product that looks like a smoke detector, has a similar philosophy. It alerts school officials and law enforcement the moment a shot is fired and maps the location.

Chicago-based Aegis AI is refining technology to identify a gun as soon as it enters an area that a camera is scanning. The company was incorporated a year ago and still is working to minimize false alarms, such as when the software flags a staple gun or drill, CEO Sonny Tai said. Most of its clients are in a pilot program.

Some experts are concerned that districts are embracing technology to allay public concern while taking money away from mental health programs and violence-prevention efforts.

“It’s something you can show. I can go to a board meeting and hold up this shiny thing,” said Amy Klinger, co-founder of The Educator’s School Safety Network and a former teacher and school administrator in Ohio.

Despite the advances in both safety technology and mental health programs, experts say there’s no foolproof way to predict or stop a shooting. Wealthy, suburban districts like Beverly Hills that can afford the latest innovations face as much risk as inner-city schools where metal detectors have been commonplace for years.