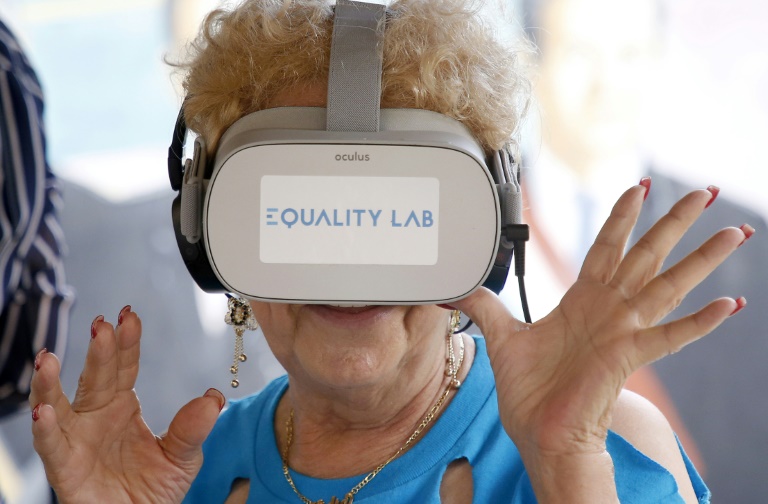 Nidia Silva had never realized her dream of swimming with dolphins until a Miami NGO gave her a pair of virtual reality glasses as part of an experimental treatment for depression and isolation in senior citizens.

"You're in a world you don't know, but it's very beautiful and very important for me to see," 78-year-old Silva said after taking off the virtual reality (VR) goggles.

She was sitting in Domino Park in Miami's Little Havana neighborhood. It's a popular spot for Cuban residents -- especially older ones -- to meet daily and play dominoes.

"I'm very excited," said Silva, who felt like she had been swimming in the water around Cuba, from which she emigrated 19 years ago.

Around her, the clacking of dominoes and lively conversations sounded loud in Florida's dense, sticky heat, but she paid it no mind.

Less accustomed to the climate was Alexandra Ivanovitch, who offered Silva the chance to try VR goggles.

Ivanovitch, who is French, was giving a VR demonstration to Cuban retirees, transporting them to the Malecon in Havana, to outer space, to the ocean floor or the tops of mountains.