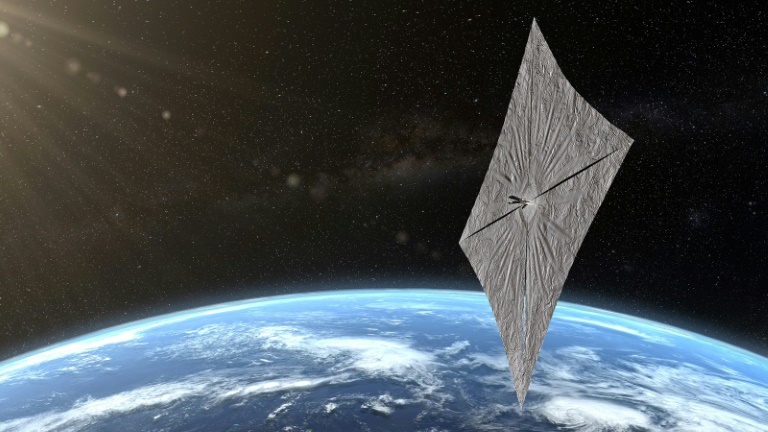 An artist's concept of LightSail 2 is depicted above Earth in this image released by the Planetary Society. (Photo: AFP)

A new spacecraft's solar sail successfully deployed Tuesday one month after launch, as it journeys around earth carrying a small satellite.

LightSail 2, as the spacecraft is called, will harness the momentum of packets of light energy known as photons.

Its developer, the Planetary Society, a US organization that promotes space exploration, marked the occasion on Twitter with: "DEPLOYMENT COMPLETE!"

"All indications are that #LightSail2 has successfully deployed its solar sail!" it said, based on data sent back to Earth from the spacecraft. The organization added that forthcoming photographs would confirm the event later in the day.

LightSail 2's solar sail has an area of 32 square meters and is made from Mylar, a brand of polyester that has been on the market since the 1950s.

"We hope this technology catches on," he said.

The solar sail will remain in orbit around Earth and, if all goes as planned, will gradually increase its altitude thanks to pressure from solar radiation on the sail.

As per its role in the future, Nye says the solar sail could one day be employed to send robotic missions beyond our solar system. While the initial speed of a spacecraft would be slower than if equipped with a motor, it would accelerate continuously and ultimately reach extraordinary speeds.