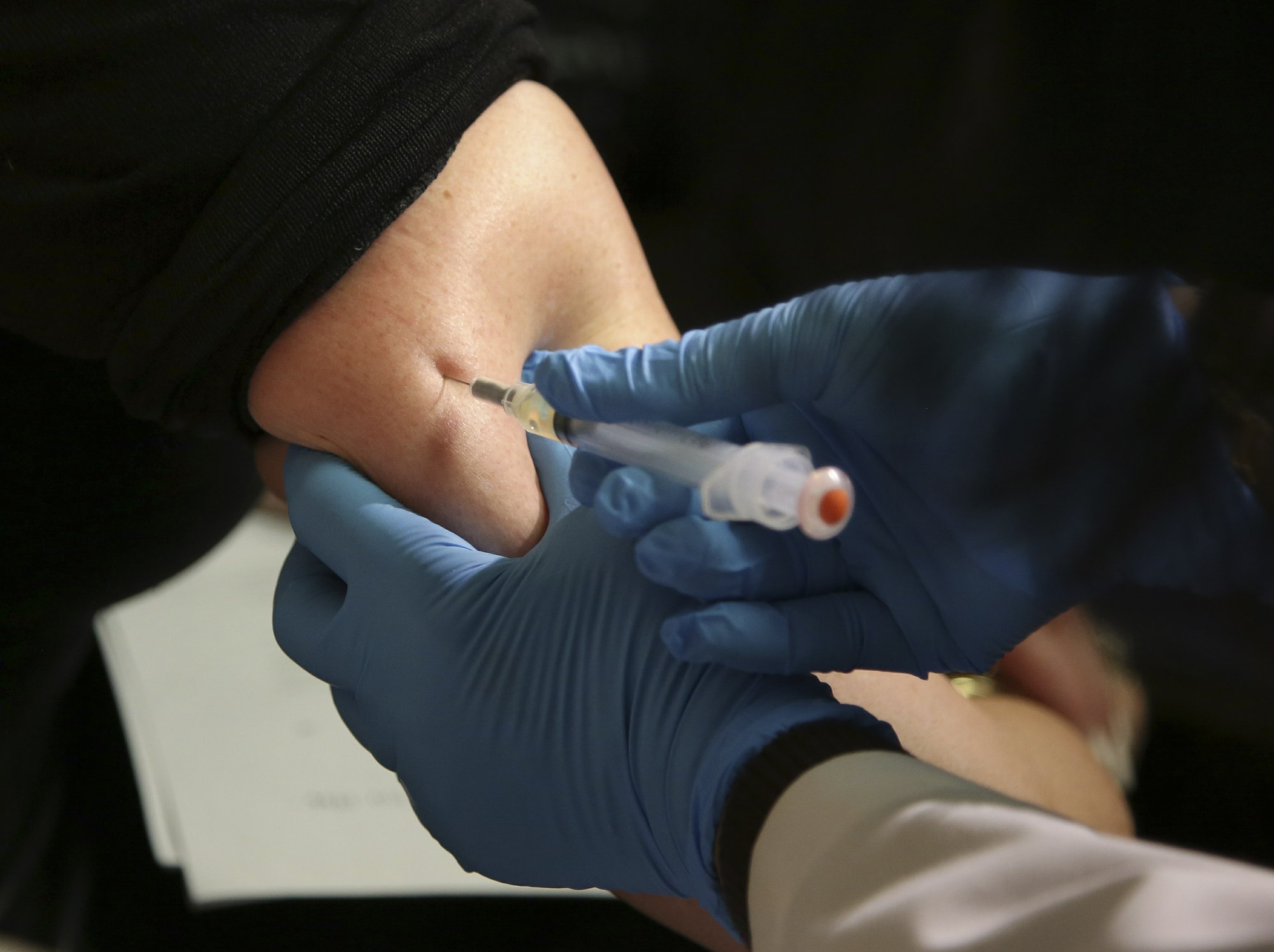 CHICAGO, May 8 (Xinhua) -- After comparing a series of compositionally identical yet structurally different vaccines by testing them on multiple animal models, researchers at Northwestern University found the structure of spherical nucleic acids (SNAs) in one vaccine dramatically outperformed others in stimulating cancer-quelling immune responses.

In the study, the researchers compared SNAs that have different structures but the same peptides, DNA and other general components. All vaccines included an antigen, a substance that is recognized and targeted by an immune response; and an adjuvant, a substance that enhances the body's immune response to the antigen. In this case, the DNA is the adjuvant, and the peptide is the antigen.

The only thing that changed in each vaccine was the position of the peptide antigen, which was either housed in the core of the SNA, interspersed with the DNA or attached to the DNA. These changes led to major differences in how the immune system recognized and processed molecular cues, which ultimately affects the quality of the immune response generated by the vaccine.

In the study, the peptide antigen interspersed with the DNA performed best.

"The study shows that SNAs and our ability to refine SNA structures can dramatically improve the anti-tumor immune responses," said Bin Zhang, professor of medicine and microbiology-immunology at the Northwestern University Feinberg School of Medicine. "This shows promise in our ability to improve the performance of vaccines and eventually use them in patient care."

Vaccines with the superior structure completely eliminated tumors in 30 percent of animals and improved their overall survival from cancer. The vaccine also protected the animals from reemerging tumors.

The development of SNAs could be the breakthrough. SNAs are synthetic globular, rather than linear, forms of DNA and RNA that surround a nanoparticle core. Roughly 50 nanometers in diameter, the tiny structures possess the ability to enter cells, including immune cells, for targeted treatment delivery.

The study, posted on NU website on Monday, is scheduled to be published online in the Proceedings of the National Academy of Sciences this week.