TECH Virus clearly not made in lab, says UK expert

Virus clearly not made in lab, says UK expert 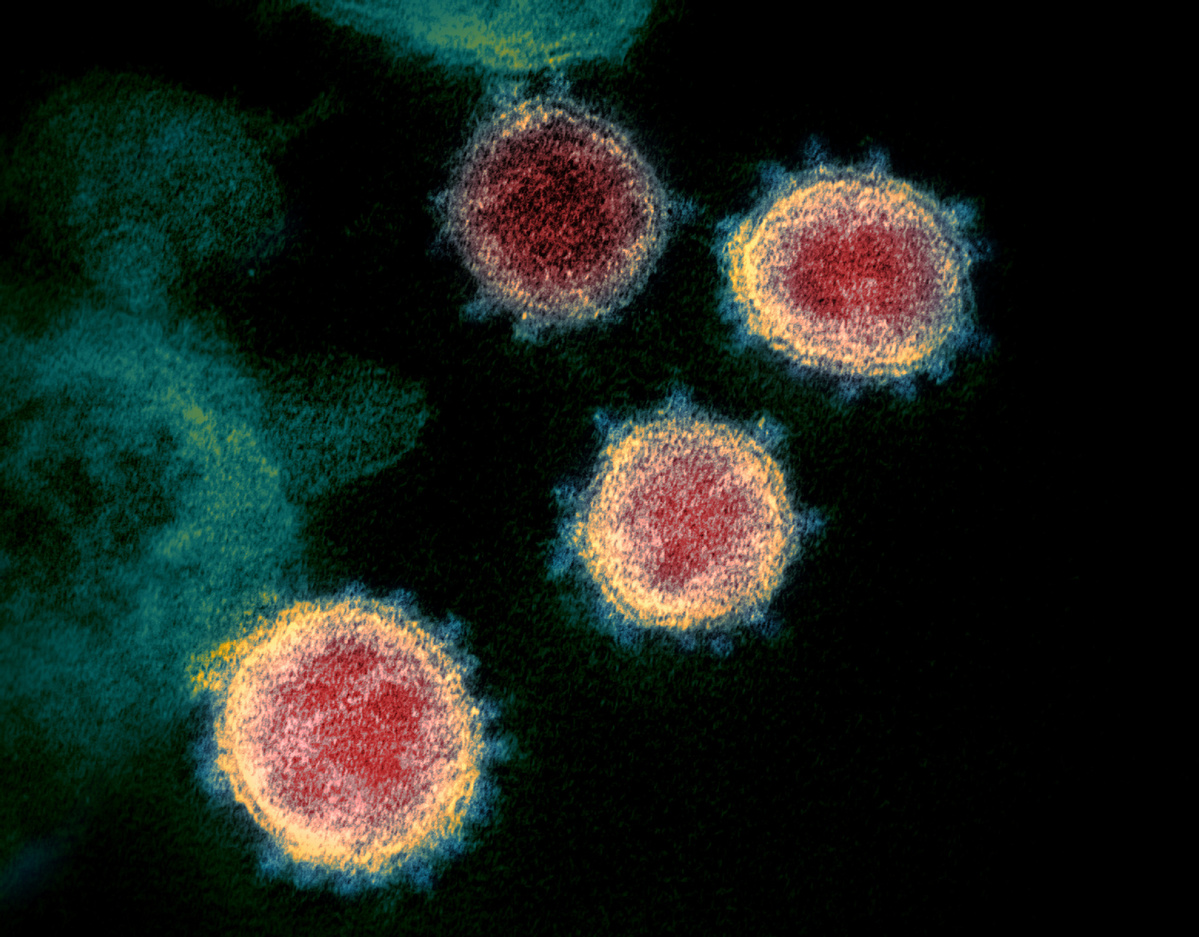 This undated transmission electron microscope image shows SARS-CoV-2, also known as novel coronavirus, the virus that causes COVID-19, isolated from a patient in the US. [Photo/Agencies]

Point of transmission from animals to humans a mystery, says academic

The novel coronavirus, which causes the COVID-19 respiratory disease, is "a naturally occurring animal virus" and does not look to have been "engineered in the laboratory", according to a British biological sciences expert who says the exact precursor of the pandemic may only be found as "a matter of chance".

Ian Jones, a professor of virology at the University of Reading, said he based his view on fundamental principles, including the fact that "the genetic sequence of the virus has been completed".

"It is possible to look at the sequence and to see whether or not particular areas have been changed and when you do that, you do not see that any particular area has been changed," he said. "There are changes throughout the genetic structure of the virus-what that indicates is that the virus is naturally evolved in some other host and it has now made the jump into people."

Jones pointed out that viruses transfer from animal to people all the time.

"It is just, in this case, we were unlucky and this virus has the ability to transmit between people and so we have a pandemic," he said.

Many coronaviruses are found in horseshoe bats, which is believed to be the origin of the novel coronavirus now infecting humans, Jones said. He added that the real issue is whether scientists will ever find "the particular intermediate that was in an animal before it transferred into man "because that transmission "could have been a very transient event".

He illustrated the idea with an example of a bat virus spilling over into intermediate animals, such as a pangolin, and then moving on to humans. But, because in this example the particular virus in the pangolin dies out, it becomes impossible for researchers to prove that was the exact precursor.

The exact precursor of the SARS virus, for example, has not yet been discovered, he said.

Since the COVID-19 pandemic hit Wuhan, China, last December, more than 200 countries and territories have been plagued by the novel coronavirus and it has claimed more than 350,000 lives across the globe.

While some people have called for global efforts to find the exact tracking of the virus in order to prevent such a thing happening again, others have argued that it is more urgent to put in mitigation strategies to try to cure the problem.

Jones said the virus is here and there is no point now playing the blame game.

"The world is now having to deal with it and that will be the same situation wherever it occurred," he said. "In the past, the last influenza outbreak in 2009 started in Mexico, the mad cow disease occurred here in the United Kingdom, there is nothing about the particular circumstance of a virus arising; they will arise somewhere, so the notion of blaming a country is a mistake and it is not useful."

He said it is more important to look to the future.

"What we need to do is to learn from the outbreaks every time they occur and to try to put in screening strategies, so next time around, everybody acts a bit faster," he said.