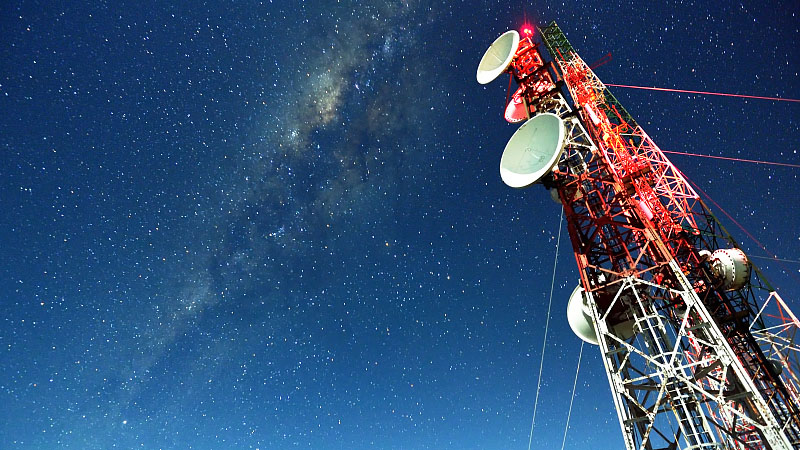 Currently, the cost of connecting rural areas can be prohibitive. (Photo: VCG)

Vodafone is publicly trialing a new technology it hopes will open up high-quality mobile networks to more of the world's population – and, as a happy side-effect, reduce operators' reliance on a small number of infrastructure providers.

In conjunction with partners including US tech giant Intel, the telecommunications company has been working for several years on a technology called Open Radio Access Network (OpenRAN). After trials in several countries worldwide, the system will now be tested in 120 rural areas of the UK from Monday.

The idea behind OpenRAN is to standardize the software and hardware used in the infrastructure that carries mobile calls and data. The effect for consumers should be to improve the reach and resilience of networks, particularly into those hard-to-reach rural areas – which can currently be underserved by existing provision due to the imbalance between set-up costs and financial returns.

At the moment, if a phone operator wishes to buy telecoms equipment, it can usually only pick from a tiny handful of big companies – the dominant three suppliers are Nokia, Ericsson and Huawei.

Operators tend to buy kit from at least two of the big three to reduce their reliance on one supplier, leaving little choice. As the world's second largest mobile operator, Vodafone suffers from this more than most.

But while Vodafone has a lot at stake, the point of OpenRAN is to open up the market, increasing the number of companies that can supply different components, by creating general-purpose, vendor-neutral hardware along with software-defined technology for masts, antennae and other infrastructure.

"This is particularly relevant in the 5G-era, as telcos prepare to part with billions of euros on new infrastructure, despite uncertain return on this investment," said CCS Insight analyst Kester Mann. "Encouraging the emergence of new suppliers would give operators greater choice in a far healthier ecosystem."

It's being described as a completely open-source mobile hardware set which can be built by anyone, reducing reliance upon the big tech providers. Think of it as being similar in some ways to Apple and Google making the app platforms for iOS and Android open-source, thus encouraging more participation and innovation.

Coloring in the network map

Despite these noble aims, OpenRAN wasn't exactly developed by rebellious outsiders: the two co-chairs of the project are Vodafone's Devang Solanky and Intel's Adnan Boustany. They have been working with various companies including US-based Parallel Wireless and Mavenir, UK-based Lime Microsystems, ASOCS (Israel) and Comba (Hong Kong of China).

"The traditional RAN – proprietary, embedded and integrated – is the most difficult part of the network to disaggregate," said Natasha Tamaskar of Radisys, another company helping out. "But the RAN is being unbundled and disaggregated, while becoming more flexible to address real-world network conditions. The traditional RAN is now becoming the Open RAN – moving from distributed and integrated towards virtualized and centralized."

Vodafone has tested OpenRAN privately in South Africa, and has deployed the technology in Turkey, where it runs both 2G and 4G networks. OpenRAN should also be able to boost the spread of 5G. Now the trials have moved for the first time to Western Europe, with the rural UK areas, but Vodafone is also setting up tests in Mozambique and Democratic Republic of Congo.

Now, Vodafone is preparing to fast-track the system into Europe. OpenRAN isn't expected to be utilized in high-density, high-usage areas, which are usually already well catered for. Instead, the system should bring down the cost of filling in the blanks around the edges of the network maps, with more sparsely populated areas benefiting from extended or improved coverage. As Mann, of CCS Insight, puts it: "Disrupting the status quo could, in particular, make the economics of network deployment stack up in rural areas or hard-to-reach locations, for which roll-out may not currently be viable or cost effective."

"With most networks now focused on the roll-out of 5G, many people seem to forget that there are areas that still struggle to get a reliable 3G signal," tech journalist Tom Wiggins told CGTN. "With 5G's shorter range meaning masts will need to be closer together, OpenRAN should help to prevent more isolated areas from getting left behind again."

And that seems to be the major bonus from the new network: it won't necessarily bring down the average mobile phone bill, but it should make it economically viable for operators to fully connect the world's population. "OpenRAN improves the network economics, enabling us to reach more people in rural communities," said Vodafone CEO Nick Read. "And that supports our goal to build digital societies in which no one is left behind."