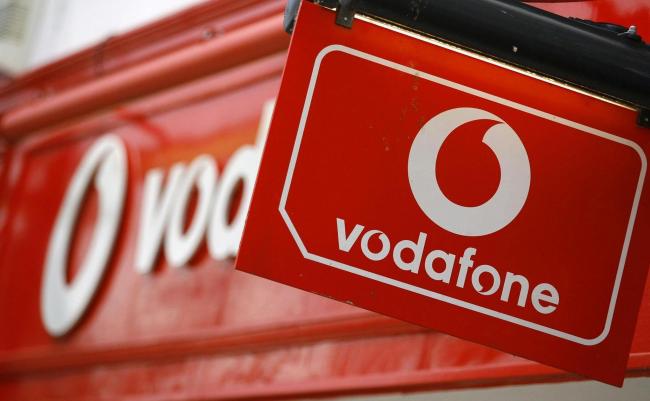 An undated file photo of a Vodafone store in central London. (Photo: VCG)

Vodafone UK on Wednesday switched on its 5G service, becoming the second UK mobile operator to turn on its 5G network relying on Huawei equipment.

The Vodafone network is launched in seven British cities, including Cardiff, London, Manchester and Glasgow, offering much faster speeds and the opportunity for new services such as artificial intelligence, the internet of things, robotics, connected cities and self-driving cars.

Meanwhile, Vodafone also announced that it's offering 5G roaming in four European countries -- Britain, Germany, Spain and Italy over the summer. Vodafone's 5G network will be working at average speeds of 150-200 Mbps, up to 10 times faster than 4G.

Anne Sheehan, Business director of Vodafone UK, described 5G as "a game-changer for the economy and UK businesses."

"We are committed to helping our customers take advantage of this technology by making it widely available in the UK and through roaming. We want to help UK businesses become global leaders and 5G will play an important role in achieving that aim," Sheehan said.

Victor Zhang, Huawei Senior Vice President, told Xinhua: "We are proud to be helping Vodafone open up a new world of seamless opportunities with their launch of 5G mobile services in the UK. This reinforces the UK as a 5G leader and builds on our 18-year history of supporting the digital economy here."

Huawei is the world's leading company in 5G. According to the Chinese company, Huawei already won 50 5G contracts globally.