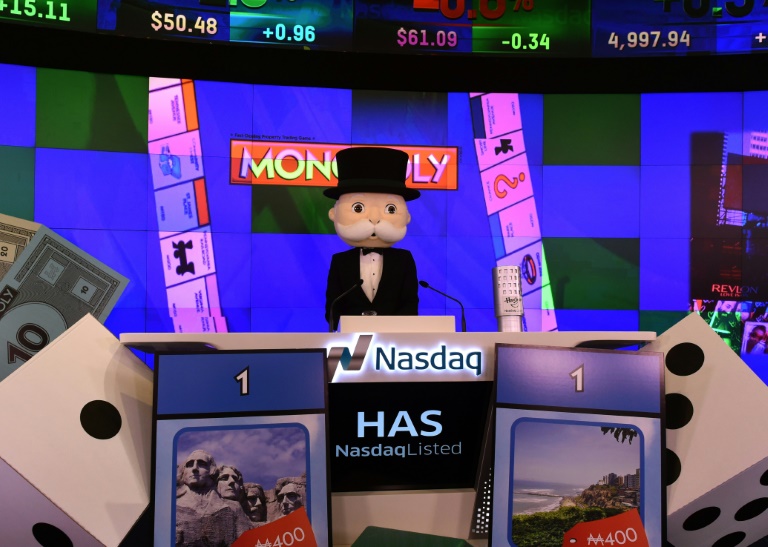 With Monopoly Voice Banking, Hasbro brings its beloved game into the era of voice assistants: an electronic version of Mr Monopoly's top hat sits in the middle of the board.(Photo: AFP)

What fictional financial wisdom might the mustachioed, top-hat-wearing billionaire Mr Monopoly dole out to a regular board-game player?

It will soon be possible to find out, with a new voice-command version of the iconic game available in the US on July 1.

It's cash-free, all the better to thwart cheating players -- or the risk of losing the classic colorful slips.

With Monopoly Voice Banking, Hasbro brings its beloved game into the era of voice assistants: an electronic version of Mr Monopoly's top hat sits in the middle of the board, talking -- and listening -- to players.

And the character inside is ruthless: "You're bankrupt!" he might yell out, if players fail to manage their money well.

Players must interact with the hat by pressing a button corresponding to their characters to ask how much is in their accounts, to buy a particular property along the board, and even to draw virtual cards.

The instructions lay out all of the voice commands players can use with the hat.

In an effort to speed up the notoriously long game, this new version allows a maximum of only four players instead of six, offers fewer properties and ditches the option of acquiring railroads or the electric company.

And with Mr Monopoly himself controlling every transaction, Monopoly Voice Banking makes it nearly impossible to cheat, since no one will be able to engage in the time-honored strategy of slipping a few fake notes up his or her sleeve

Watch out, though -- players can still be ordered to "Go to jail."