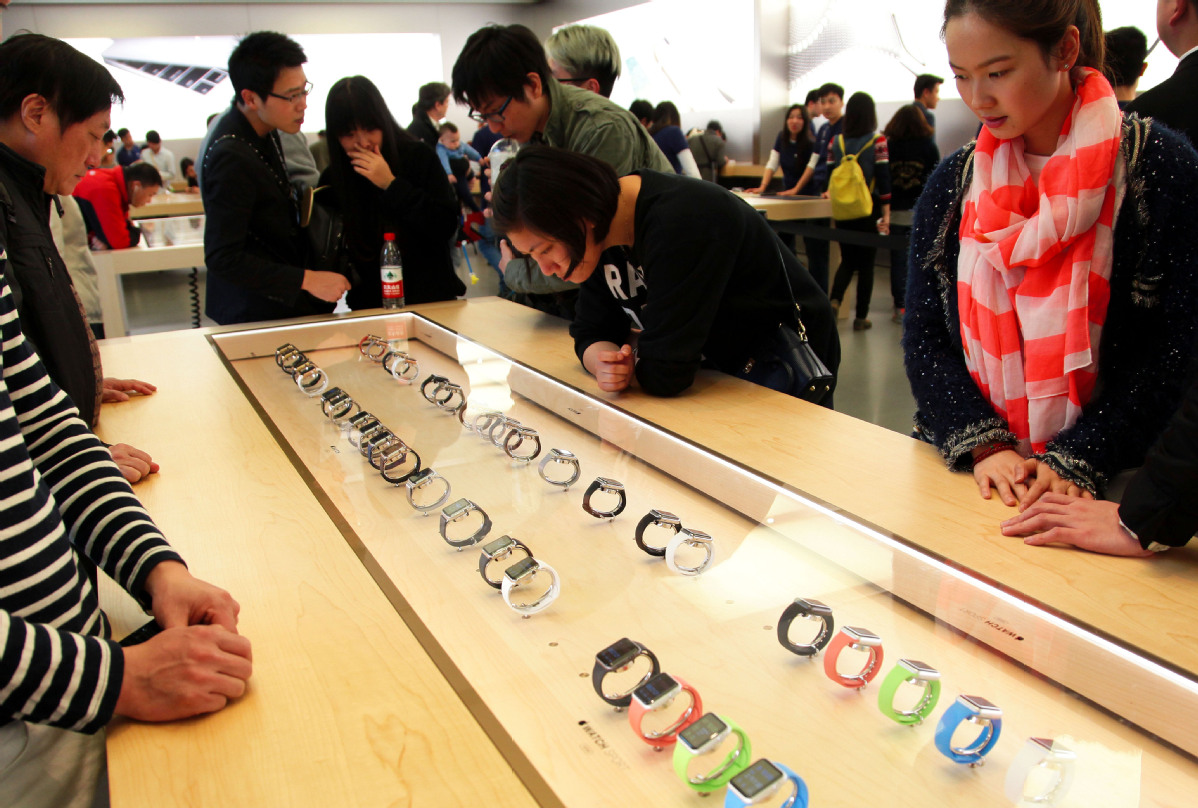 With improved battery life and increasingly rich capabilities, the smart wearables sector, which has experienced some growing pains, is now finding new momentum in China, the world's largest wearables market.

From smart bands and fitness trackers that can count steps, to watches that can access smartphone apps and even make calls, local consumers are increasingly willing to embrace these gadgets to make life more convenient.

Ma Guosheng, a 37-year-old IT engineer at a bank in Hunan province, for instance, spent about 1,800 yuan ($268) on the 4G version of TicWatch Pro, a smartwatch made by Chinese company Mobvoi Inc.

"The watch can access dozens of apps and make phone calls. More importantly, it can last about four to five days. There is no need for me to charge the watch every day," Ma said.

Users like Ma are helping push the sales of wearables in the country. In the third quarter of 2018, more than 14.5 million units of wearables were shipped within China. Gadgets that support third-party applications surged by about 74 percent, according to the latest data from market research company International Data Corp.

In comparison, global shipments of wearable devices reached 32 million units during the three-month period. That is to say, China accounted for more than one third of the industry.

Ramon T. Llamas, research director for the wearables team at IDC, said in a research note that "China - the largest market for wearables and more than double the size of the US market - has grown thanks to strong device development and experimentation, low-cost products and strong demand for basic devices to draw in new users."

Analysts see the upward trend continuing. Another market research company Gartner predicted that worldwide shipments of wearable devices will reach 225 million in 2019, up 25.8 percent from the figure in 2018 and driven chiefly by markets including China.

As a result, end-user spending on wearable devices is expected to reach $42 billion in 2019, with $16.2 billion of that amount on smartwatches, Gartner added.

Sensing the business potential, Chinese vendors are moving fast to grow their product portfolios. Xiaomi Corp has stepped up its push to expand its presence in the sector through Huami Corp, a US-listed company it has invested in.

Huami makes wearable bands and smartwatches for Xiaomi, which helped the latter leapfrog Apple Inc as the largest wearables vendor by shipment in the third quarter of 2018.

Xiaomi shipped 6.9 million units of wearables from July to September, grabbing 21.5 percent of the global market. It saw a whopping 90.9 percent year-on-year growth in that period, data from IDC shows.

The huge popularity of the Mi Band 3 and its successful performance in international markets are buoying Xiaomi's growth. IDC said nearly 39 percent of Xiaomi's total shipments were exported out of China, double the roughly 20 percent from a year earlier. The company has successfully expanded its reach to regions including Europe, India, the Middle East and Africa.

Apple also saw a healthy expansion of 54 percent year-on-year, with 4.2 million units of wearable devices shipped in the same time frame. Despite losing to Xiaomi in shipments, the US tech company maintained an absolute advantage in the premium segment with its Apple Watch series.

"At the moment, the smartwatch market is bolstered by the relatively stable and higher average selling price of the Apple Watch," Alan Antin, senior director at Gartner, said in a research note.

But the overall average selling price of smartwatches is expected to slowly decline from $222 in 2018 to $210 in 2022, as competitors roll out more affordable products and bigger volumes, resulting in reductions in manufacturing and component costs, Antin added.

One segment that is seeing strong growth in China is watches for children. Though without payment capabilities, the devices have other typical smartwatch capabilities designed to get kids used to wearable technology and to continue to use it as teenagers and adults.

SE 3, a smartwatch model unveiled by 360 Security Technology Inc, comes with GPS and Beidou positioning services, which can help parents locate children to ensure safety. Equipped with a 1.44-inch screen, the watch also supports internet calls and has a white-name list that can prevent crank calls. Parents can also set time in which the device can not be used so that children won't be distracted by the functions in classes.

Other Chinese companies such as Huawei Technologies Co Ltd have also unveiled smartwatches for fashion or sports purposes, hoping to grab a spot in the market.

"Several years ago, tech giants jumped the gun before the hardware was able to catch up to the initial design of smart wearables, triggering weaker market results than the industry had expected," said Xiang Ligang, a telecom expert and CEO of the telecom industry website Cctime.

"But as technology advances, some problems are quietly going away, and people are increasingly willing to accessorize their smartphones," he said.