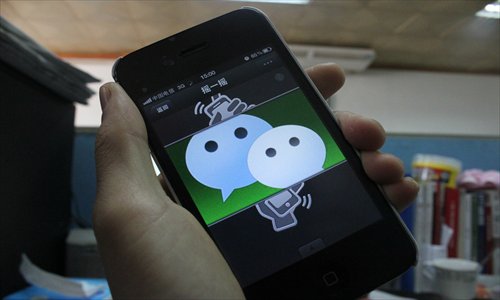 China's most popular instant messaging app WeChat announced on Saturday that it has shut down over 30,000 accounts for publishing vulgar information since the beginning of 2019. The announcement said the contents of the closed accounts are false, exaggerated or vulgar. Some of them provided obscene or pornographic information, while some conveyed the culture of hopelessness or depression.WeChat said it will impair users' tastes and tarnish the platform environment.  According to the statement, since the beginning of 2019, WeChat has closed and handled 966 accounts that have sent erotic or violent content, and has deleted 2,267 articles.It has also closed and handled 36,556 accounts containing vulgar materials, and has deleted 73,318 articles, closed and handled 3,070 clickbait accounts.China has been stepping up efforts to cleanse the country's cyber environment. In December 2018, Beijing's cyberspace affairs office shut down 110,000 social media accounts for spreading harmful information. The office has talked with Sina Weibo, Baidu and WeChat developer Tencent, guiding these platforms to follow laws and regulations and strengthen the management of social media accounts through the completion and implementation of content-auditing mechanisms. The Cyberspace Administration of China also said in a statement released in November that it had punished more than 9,800 we-media accounts popular on WeChat and Sina Weibo. These accounts were found to spread harmful, false or pornographic information and seriously violated Chinese law and damaged cyber space.In the latest case, Mimeng, a Chinese social media superstar on WeChat with more than 14 million followers and dubbed the "queen of clickbait," closed her Weibo and WeChat accounts for publishing a story that had been labeled as "fake news."