TECH What is a polar vortex? And is it linked to climate change?

What is a polar vortex? And is it linked to climate change?

The polar vortex is a phenomenon that refers to a big counter-clockwise flow of air, like a big cyclone up in the Arctic and the Antarctic. Usually, the circular bands act as walls to keep cold air locked at the poles. But, every so often, the winds break down and allow the cold air to escape and that's what's happening now across parts of the US, where the polar vortex has split into three separate bands. 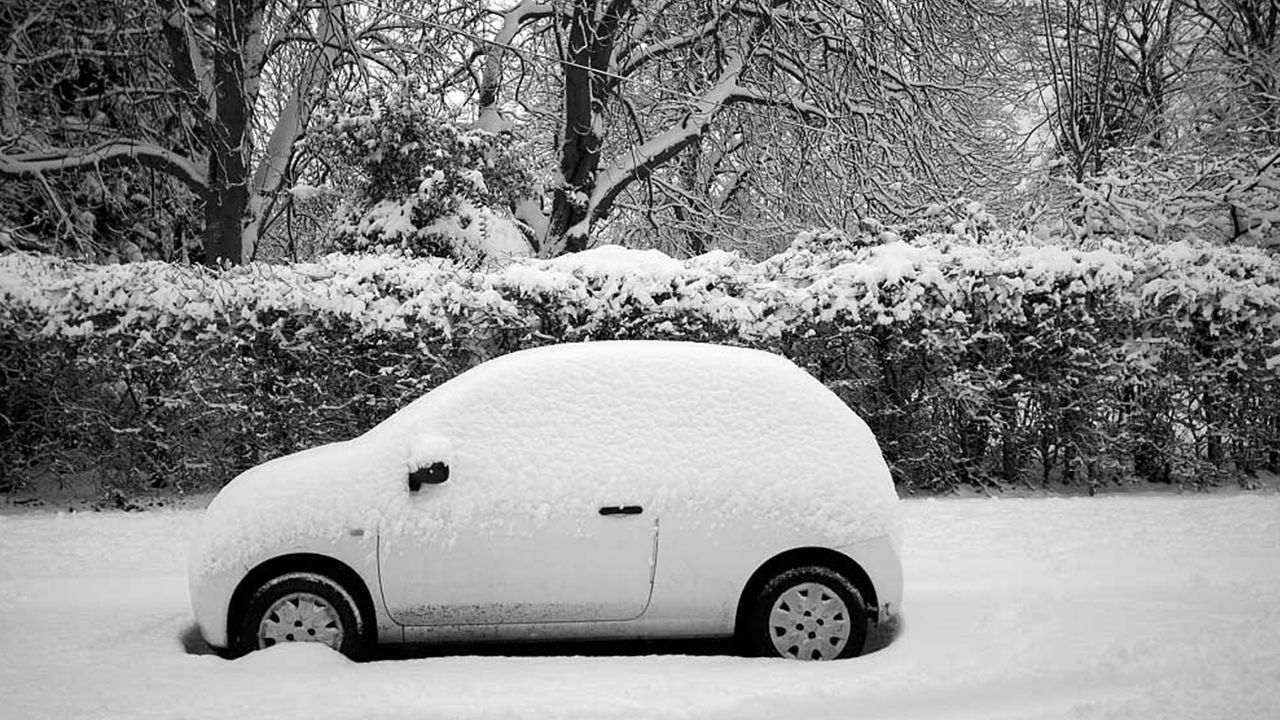 So is this linked to climate change? Many scientists believe it is. Generally speaking, climate change is warming the Earth and areas near the North Pole are warming more than two times faster than the rest of the globe. That has led to historically low levels of sea ice in the region. So, experts say when the Arctic loses ice, it absorbs more heat from the sun, leading to a hot spot phenomenon. So, hot spots along with changes in the jet stream cause the polar vortex to break down. The warmer ocean temperatures also add more moisture to the air and this may be linked to the changes in the polar vortex.

But US President Donald Trump doesn't believe the scientific theory. He once again mocked climate change by tweeting "what's going on with Global Wa(r)ming? Please come back fast, we need you!" 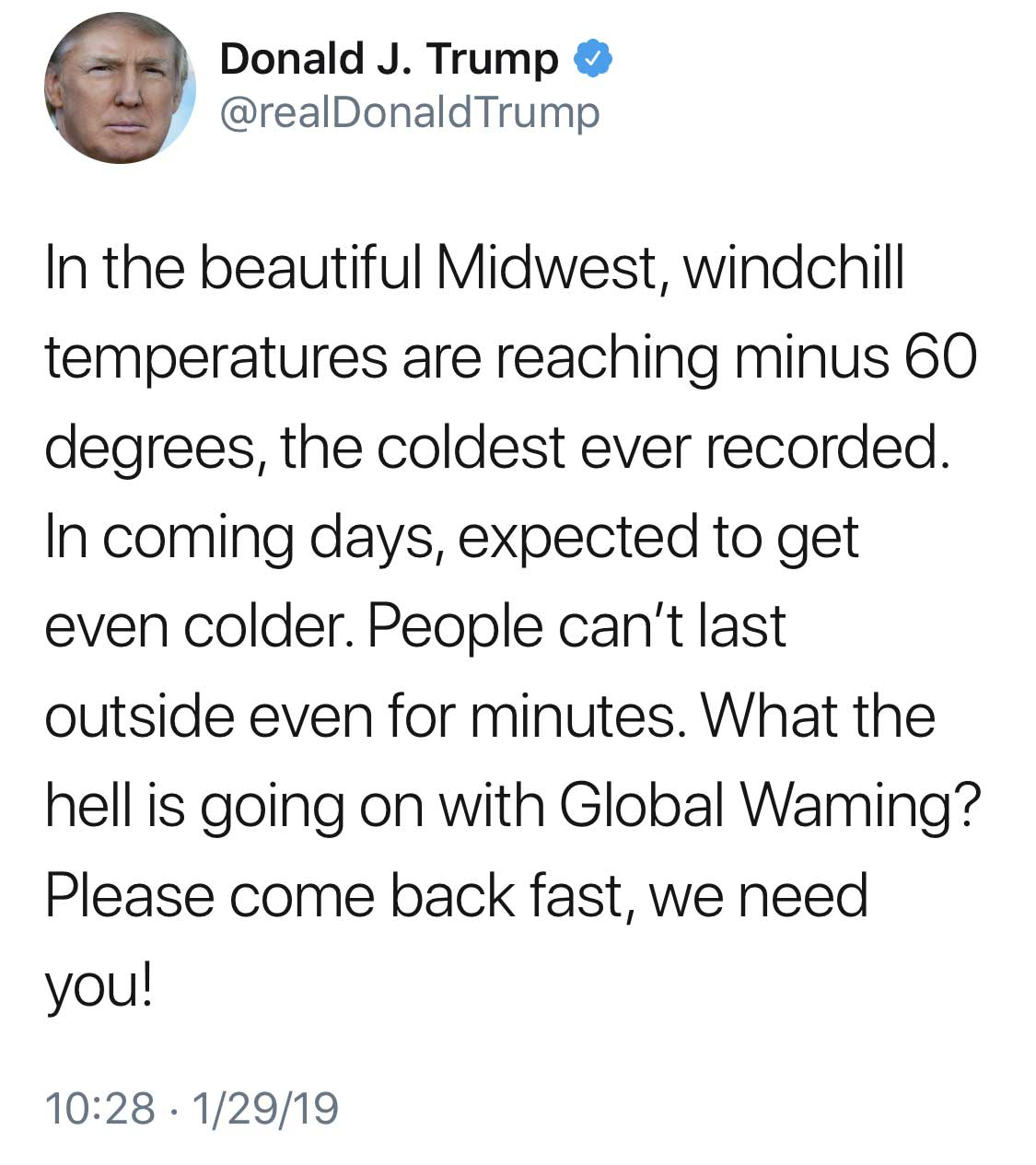 And here is what the US National Oceanic and Atmospheric Administration (NOAA) posted – in what many believe was in direct response to Trump's tweet: " Winter storms don't prove that global warming isn't happening." 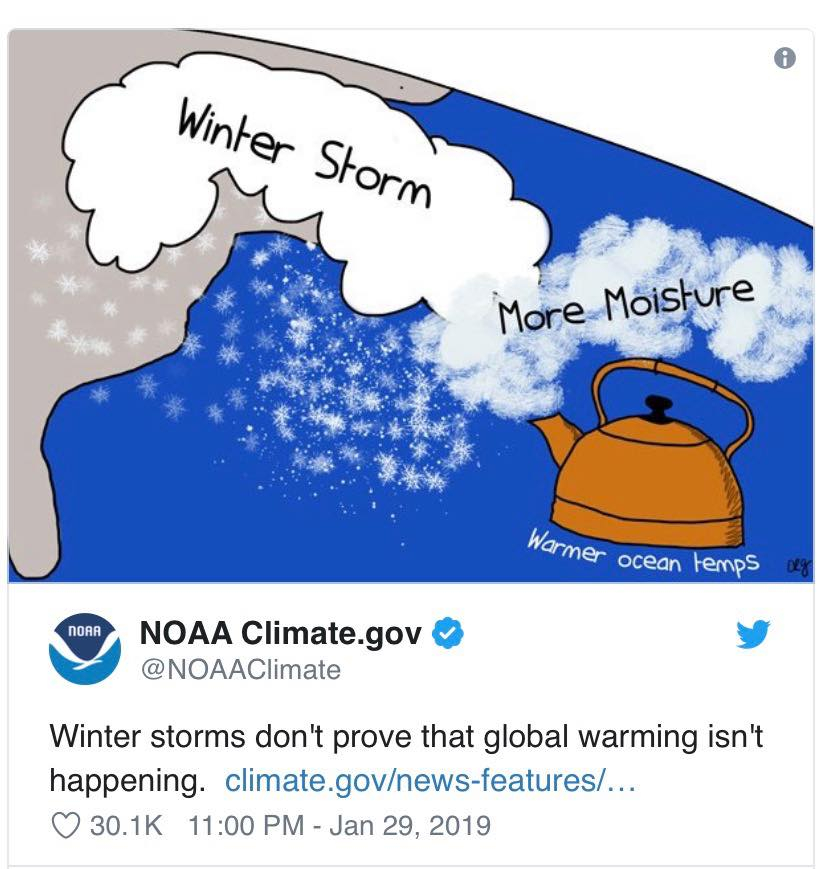