TECH What microbe lives inside a boiling hot spring?

What microbe lives inside a boiling hot spring?

Can you imagine a creature able to live in an environment that's 100 degrees Celsius? 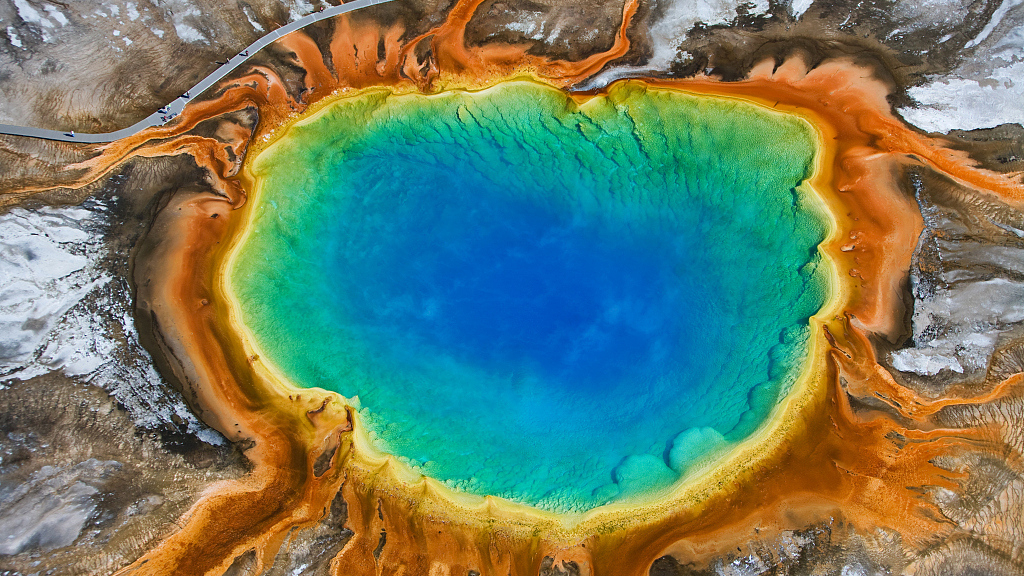 A group of scientists has found out a living creature actually inhabiting the hot springs of Yellowstone National Park, located in U.S. (Photo: VCG)

Interestingly, in the 1970s, a group of scientists found out a living creature that lives inside the hot springs at Yellowstone National Park, located in U.S. These microbes, known as thermophiles, are able to thrive in an extreme heat environment of 41 to 122 degree Celsius. Some of them need high temperatures to survive. Due to their special living environment, those microbes can be mostly found in the hot springs or deep sea hydro-thermal vents on earth.

Due to their interesting specialty, thermophiles offer some important advantages for biotechnological applications. Scientists applied their ability to live in extreme heat to other enzymes or proteins. For example, extremozymes are enzymes that function at high temperature and low pH. These enzymes are used in many industrial processes, since most of the industrial processes work best at high temperatures.

People often find it hard to understand the presence and role of microbes in their daily lives. They are hard to see, but they are everywhere. In this series, CGTN focuses on some of the smallest organisms in nature, and explores how these powerful organisms can save or destroy us.