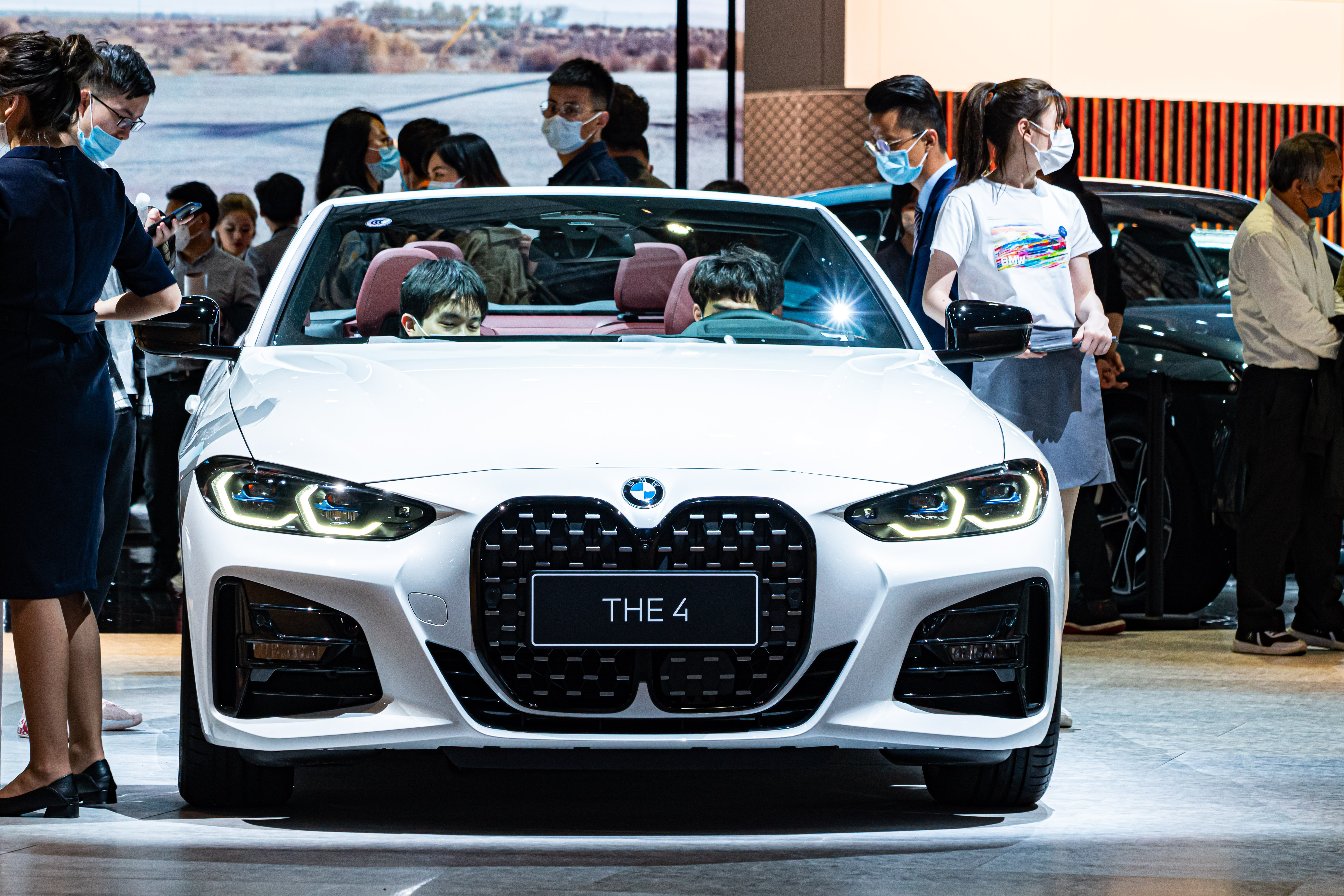 A car made by BMW Group attracts visitors during an auto show in Shanghai. (Photo: China Daily)

International carmakers are revving up research and development efforts in China to stay competitive, as the world's largest vehicle market is becoming a powerhouse of innovation especially in terms of electrification and digitalization.

China, as one of the first countries to promote new energy vehicles, has been the largest market for such vehicles since 2015. Last year, 1.37 million electric cars and plug-in hybrids were sold, accounting for around 41 percent of the global total.

Statistics from the Ministry of Industry and Information Technology show that around 15 percent of passenger vehicles, both gasoline and electric ones, sold in the country last year had Level 2 functions, which enable drivers to relinquish controls under some circumstances.

"In many aspects, the Chinese market has been an early adopter of technologies and provides ecosystems to a different extent than other markets. This is pushing the boundaries and, again, is supported by China's initiative to accelerate digital transformation," said Beatrix Frisch, managing director and automotive lead of Accenture Interactive Greater China.

It includes facilities that focus on electric car battery development, autonomous driving and smart connectivity, and a new joint venture dedicated to improve its digital competence, including software development and in-car digital offerings, said the carmaker.

"BMW Group considers China to be much more than just our largest single market, but rather an important origin of innovation and we are continuously scaling up our investment in this regard," said BMW Group Region China President and CEO Jochen Goller.

In late May, the carmaker started an incubator project with Alibaba in Shanghai as part of a program called BMW Startup Garage, which aims to identify and tap high-potential startups that can offer innovative solutions for the carmaker's needs.

"Our new joint innovation base will act as an accelerator to further strengthen engagement with top Chinese startups," said Lehnert.

BMW said more than 20 startups that specialize in digitization, electrification and sustainability have already set up their offices in the joint incubator. The figure is expected to exceed 300 in three years.

United States carmaker Ford said it would use the experience gained from China on electric cars and onboard digitalized functions around the globe.

"We see China's customers as the most advanced in terms of the digital consumer experience," said Ford CEO Jim Farley. "For us to be successful among those companies, this is the know-how we can apply around the world, especially in our home market."

He said Ford's China team will be given more autonomy in terms of electrification, and they are tasked with making Ford a leader in digitalized experiences.

The carmaker showcased EVOS, a sport utility vehicle, at the Shanghai auto show in April, the first vehicle developed by a China-based team and designed based on the demands of the local Chinese market.

Among other things, it has a 1.1-meter-long screen, which former Changan Ford President Steven Armstrong said was the result of customer feedback. "They told us that the passenger, not just the driver, wants to be engaged with the vehicle as well," he said.

"Back in the past, adapting global products worked, but now Chinese customers are much more demanding and much more technically capable than customers elsewhere. So you need to develop products for them," he said.

In a video message at the Shanghai auto show, Farley said Ford will continue its localization campaign called "Best of Ford, Best of China".

"We are working with our partners to deliver a superior and distinctive branded experience for our customers in China and around the world," said Farley.