TECH Why do snakes like to 'sneak' into homes in summer?

Why do snakes like to 'sneak' into homes in summer?

A four-meter-long Burmese python sneaked into a chicken coop in Yongding District, Longyan City, southeast China's Fujian Province. It had already swallowed several chickens and was resting under a wooden floor. The frightened occupants of the home called the local fire department.

Firefighters caught the snake and took it back to the wild. Two hours later, the family called the firefighters again, saying another Burmese python was enjoying a late chicken dinner. 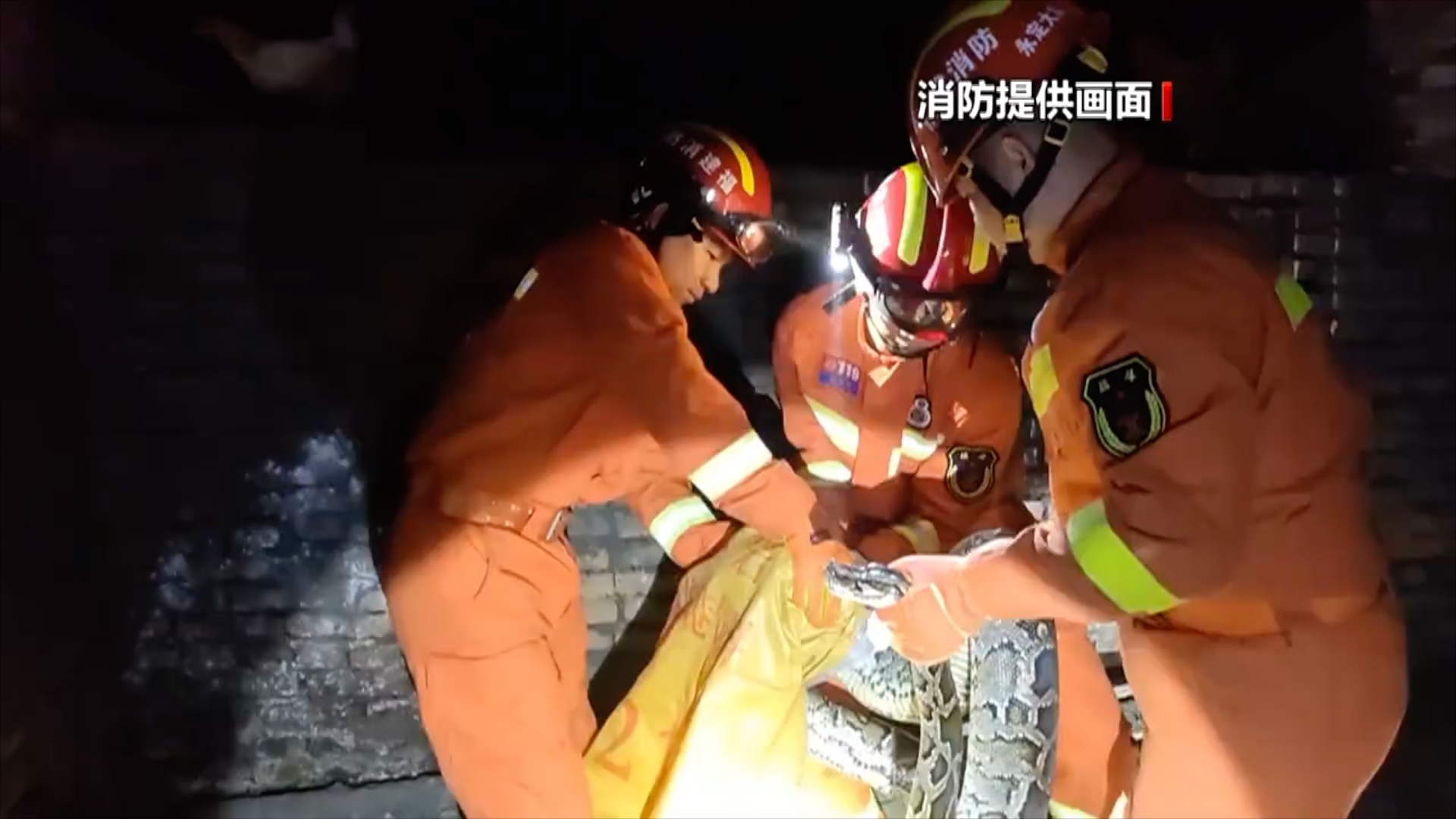 During summer, the chance of encountering snakes in residential areas in China is high. Firefighters in Panzhihua City of Sichuan Province had dealt with 341 cases involving snakes by July 9 this year, 110 of which were in May.

Why do snakes like to "sneak" into people's living areas in summer?

In China, these reptiles are active from March to October. Generally speaking, temperatures of around 25 to 30 degrees Celsius are suitable for snakes. If the thermometer exceeds 35 degrees Celsius, they tend to hide in cool places under trees or near ponds. 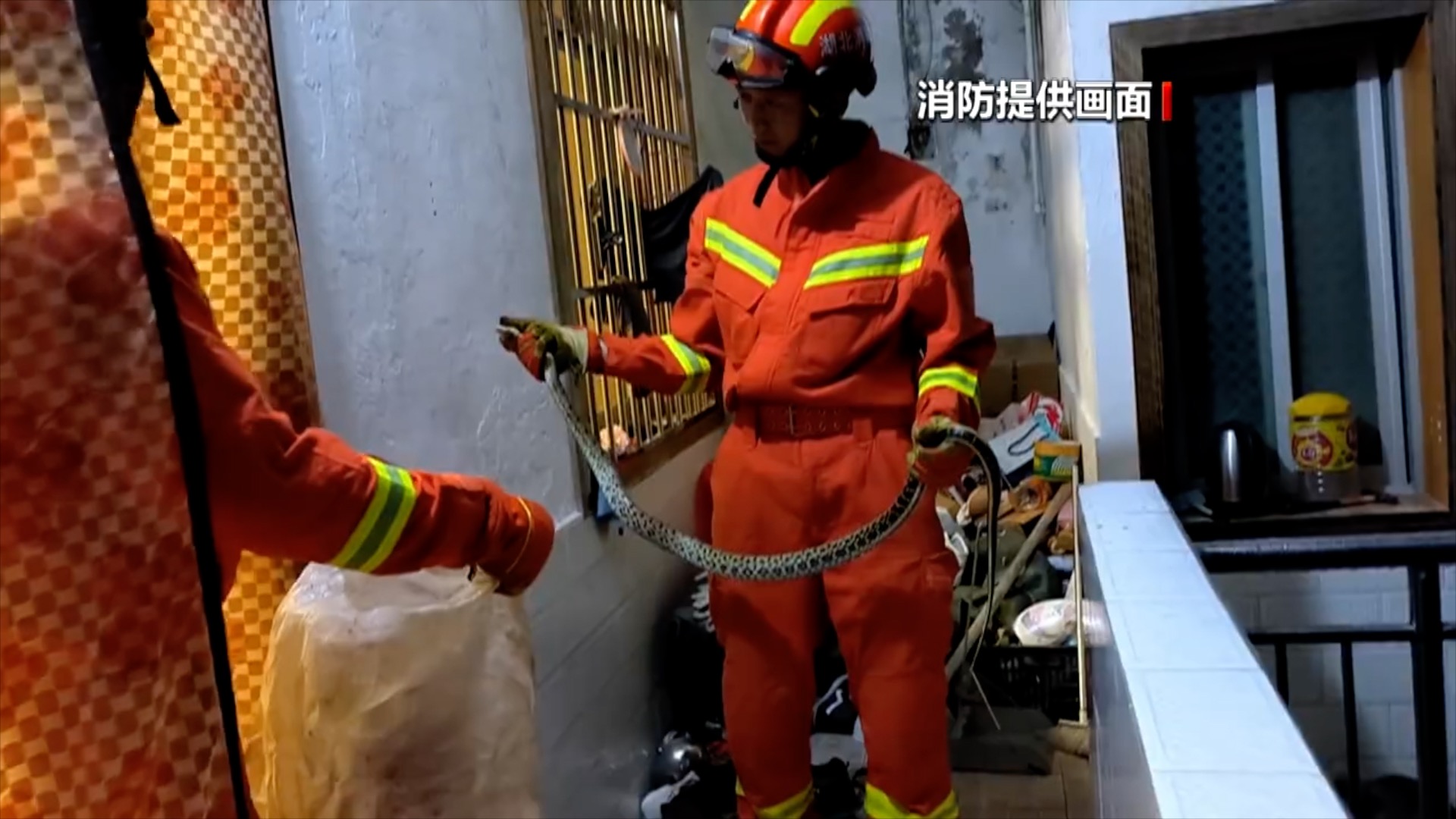 A snake was caught at night in a residential area of Xiaogan City, central China's Wuhan Province, July 5, 2022.

Much of China has experienced scorching heat this year, and properties such as warehouses, garages and backyards provide some respite to these reptiles from the high temperatures.

Besides, snakes are predators and chickens and small animals like rats and geckos are easy prey.

China has over 220 kinds of snake species, and most of them live in tropical and subtropical areas. The fire department advises that anyone encountering snakes should keep a safe distance and get all people and pets out of the room. Try to trap the snake in a confined space, and then call the professionals to deal with it.