TECH Why is 6G important for China?

Why is 6G important for China? 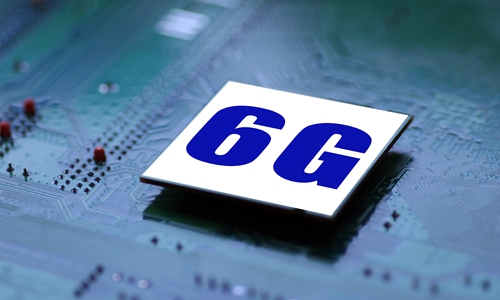 China will be able to gain an edge in the global 6G race by commencing tests ahead of other economies, industry insiders said. The next generation of wireless technology has been deemed as a basic infrastructure that could lay the foundation for a burst in high-tech innovations and lead the world into an upgraded intelligent era.

"6G means so much for China and the world. As China presses ahead with its 6G rollout, the global economic order will tilt toward Asia," Xiang Ligang, director-general of the Beijing-based Information Consumption Alliance, told the Global Times.

Xiang noted that when the super-fast 6G wireless network is coordinated with other technologies such as artificial intelligence and big data, it will improve the intelligence of all industries and elevate social efficiency, which aids the competitiveness of China's economy.

A spokesperson from China Telecom predicts 6G will be an important driving force for China's digital economy.

"It will give birth to a digital-twin world covering the architecture, smart city, transportation, manufacturing, and medical industries, driving transformative changes across the nation and opening up industrial markets that are worth more than 1 trillion yuan," he told the Global Times.

For example, the number of digitalized factories in China is now only half that of the US and Europe. With a 6G rollout in China that connects telecoms networks with terminal devices, such intelligent factories will see explosive growth and serve as a new stimulus for the Chinese economy, the spokesperson said.

It is estimated that from 2020 to 2025, China's 5G commercialization will directly generate an economic output of 10.6 trillion yuan ($1.51 trillion), according to a report by the China Academy of Information and Communications Technology.