While official numbers of coronavirus cases position India as the third worst affected country in the world, a recent survey indicated the actual situation may be much bleaker. A survey conducted among 7,000 people in three densely-populated Mumbai slums found that around 57 percent of people had tested positive for COVID-19 antibodies, according to media reports. 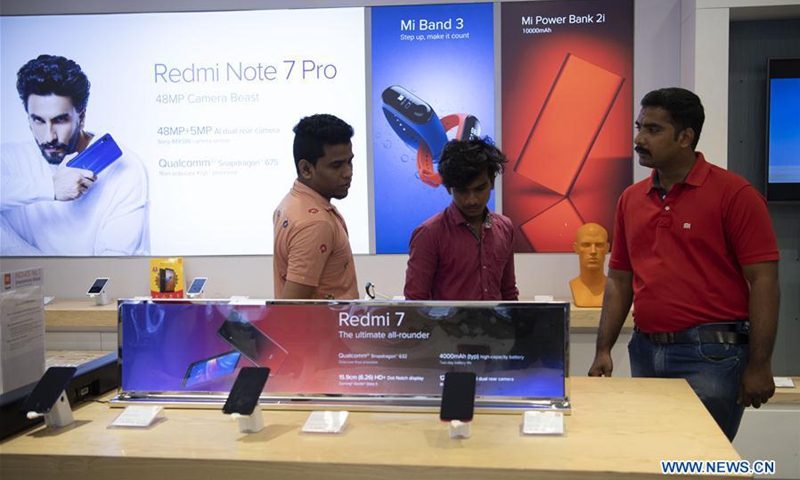 The results, to a certain extent, have raised market concerns over the severity of the coronavirus situation in India, which will inevitably cast a shadow over the development of the country's manufacturing sector.  A large percentage of the tested population in these slums experienced asymptomatic infections, and medical experts believe the slums are close to reaching herd immunity. But, with insufficient knowledge about the coronavirus, such levels of infection are already sufficient to scare away most manufacturing investment projects that require on-site work.

It is no secret that the Indian government has long aspired to overtake China's status as the world's manufacturing center. It has made great efforts to achieve this ambitious target. In particular, the Indian government has over recent months reportedly reached out to over 1,000 US companies, offering incentives to move their factories out of China and into India. However, uncertainties over the country's epidemic control and prevention efforts mean attracting foreign investment to boost manufacturing and build a new supply chain increasingly is unrealistic, at least in the short term.

As such, it is now essential for the Indian government to consider an adjustment to its foreign investment policy in accordance with its epidemic situation, and technology investment looks like a promising direction. India's high-tech sector, with a large skilled talent pool and considerable potential, has already attracted significant investment from tech giants all over the world.

Of course, even though the future of manufacturing investment is likely to be subdued due to the coronavirus, it is still understandable that a decision to shift the focus of foreign investment to the technology industry is not an easy one. That is because the government is expected to face pressure and challenges over how to protect the interests of Indian companies that are already competitive in the local market. A recent Bloomberg report, which said that India's tech moguls are urging its government to protect their interests from foreign rivals, may just reveal a corner of the difficulties that Indian authorities will face with regard to any policy adjustment.

But if India does make such an adjustment, we sincerely hope that it will reconsider its recent ban on dozens of Chinese apps. Over the years, Chinese investors have been increasingly engaged in business activities in India. Confrontation is not a pragmatic and mature approach to business in the long run.

As Chinese and Indian troops on the frontlines have now completed disengagement in most locations along the border, through military and diplomatic channels, it may take some time for China-India economic ties to warm again. But technology investment has the potential to be a promising start.