Wireless providers in rural America defend use of Chinese technology

Let me take you to a town called Scobey. It is in the northeastern part of Montana, just a few miles south of the Canadian border. 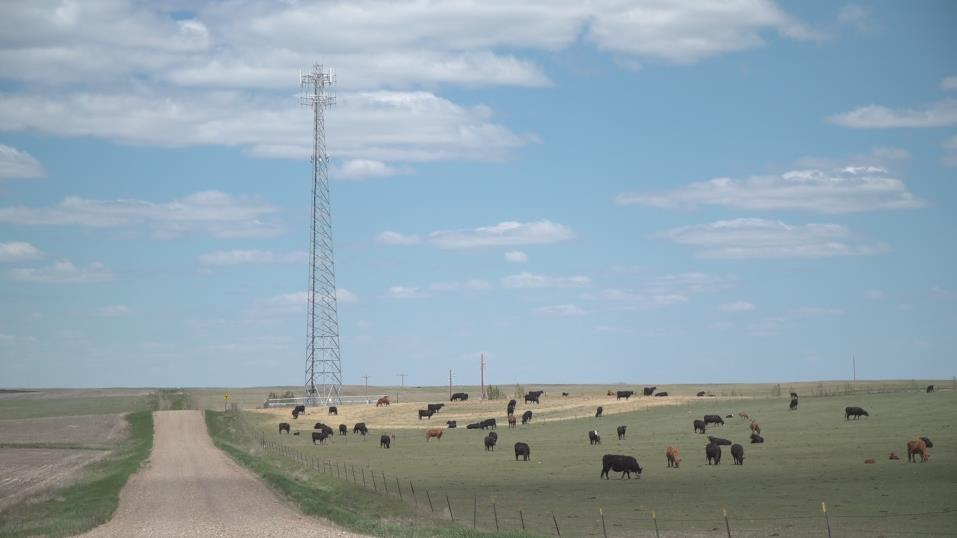 Cattle graze near a communications tower in Montana. (Photo: CGTN)

According to a recent survey, Scobey is among the top three "hardest to reach" small towns in America. To get there, you either fly to Williston in neighboring North Dakota and drive for two hours. Or you head to Regina in Canada and drive for three hours.

But this area, along with many other parts of rural America, finds itself at odds with US authorities.

The region's wireless provider, Nemont Telephone Cooperative, relies on Huawei equipment. The large carriers such as AT&T and T-Mobile don't build cell phone towers here for coverage. So small carriers, who are attempting to bring wireless coverage to rural America, have opted to use equipment that comes from Chinese companies such as Huawei or ZTE. The low-cost equipment has allowed these wireless companies to have greater coverage.

But the Trump administration and the Federal Communications Commission (FCC) argue that is a security risk and that it could be used for spying. They want it removed. 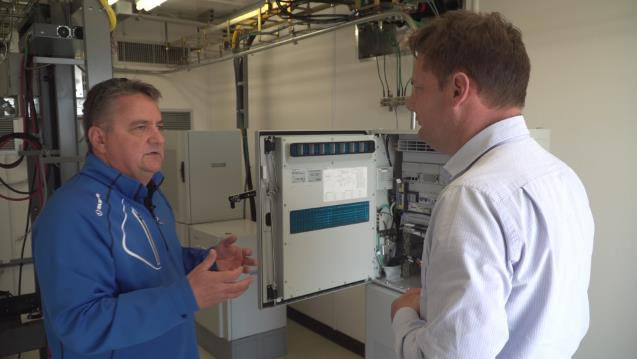 That is not something Mike Kilgore, CEO of Nemont Telephone Cooperative, believes is correct. "If any foreign government wanted to spy on us through this type of technology, it wouldn't matter if this equipment is from China or from the US or from wherever. Cause the bad actors out there will try to hack into any equipment regardless of the name that is on the front of it."

"We've been using this technology for around ten years and not a single incident of any kind of unauthorized access or wrongdoing or any detectable event that would cause any concern whatsoever," said Kilgore. 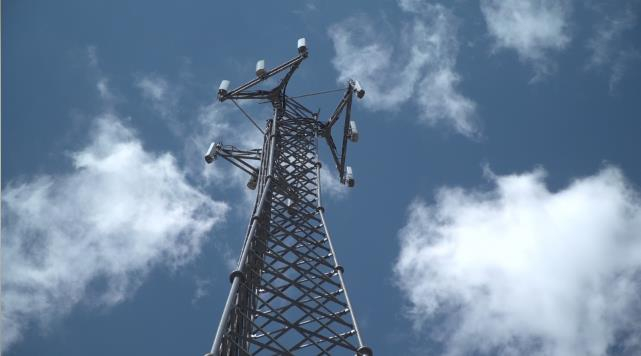 With a military base nearby as well as a border with Canada, the integrity of the operation is of utmost importance. But if for one moment Kilgore thought the system was in some way compromised, he would not hesitate to act. "If evidence was presented to me and it was valid, then we wouldn't be having this discussion."

This kind of experience is repeated across much of rural America. The FCC's Universal Service Fund funnels money to smaller telecom companies. The service they provide to the region is essential.

I talked with farmer Kevin Rasmussen about the safety issues in the area if cellphone coverage was taken away. "When we get on top of that tractor to fill it, we're 15, 16 feet up in the air, you slip and fall, you ain't calling anybody. But I say, I never get out of the cab without a mobile phone. I've had friends who have had problems before, and thank God they had their phone with them so they could make that phone call. The other thing we talk about in this community, we've had some really bad fires in the past, even a couple this year. Without that cell service, it wouldn't have been taken care of so quickly."

So what now? Carrie Bennet, general counsel of the Rural Wireless Association, said to "rip and replace" the various networks, would be costly and take time. "The money is absolutely not available, make no qualms about this. Our members are relying on Universal Service Funds as it is. We've estimated in our filing with the federal communications that it could be anywhere from three-seven years to replace the networks."

Kilgore echoed that sentiment. "We've got 50 plus million US dollars in investments that we have built out here in northeast Montana and again, they were deployed lawfully and knowingly and if they have to go, then, of course, there is the problem of who pays for what. The real hard part is building a network and even more so, replacing an existing working network."

"Sometimes I equate it to flying in a jet with two engines," Kilgore said. "And you want to replace one of the engines at 30,000 feet. Probably not a good idea."