TECH With fact-checks, Twitter takes on a new kind of task

With fact-checks, Twitter takes on a new kind of task 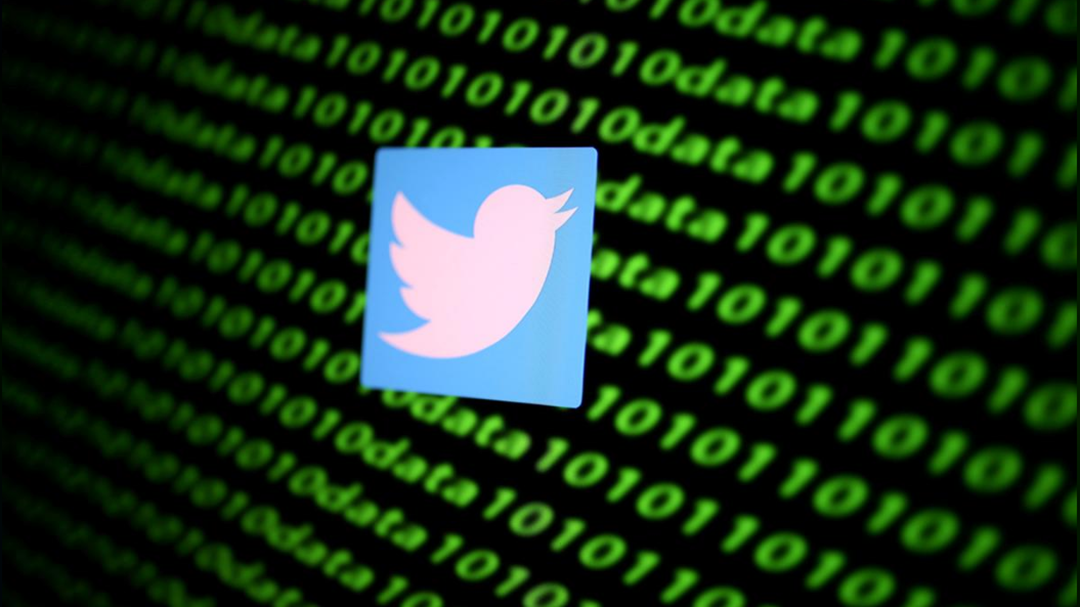 The Twitter logo and binary cyber codes are seen in this illustration taken November 26, 2019. (Photo: CGTN)

In addition to disputing misleading claims made by US President Donald Trump about mail-in ballots this week, Twitter has added fact-checking labels to thousands of other tweets since introducing the alerts earlier this month, mostly on posts about the coronavirus.

The company does not expect to need additional staff for the undertaking, Twitter spokeswoman Liz Kelley said on Saturday. Nor is it partnering with independent fact-checking organizations, as Facebook and Google have, to outsource the debunking of viral posts flagged by users.

Social media platforms have been under fierce scrutiny over how they police rapidly spreading false information and other types of abusive content.

Fact-checking groups said they welcomed Twitter's new approach, which adds a "get the facts" tag linking to more information, but said they hoped the company would more clearly lay out its methodology and reasoning.

On Friday, Chief Executive Jack Dorsey acknowledged the criticism, saying he agreed fact-checking "should be open source and thus verifiable by everyone." In a separate tweet, Dorsey said more transparency from the company was "critical."

The company's move to label Trump's claims about mail-in ballots separates it from larger competitors such as Facebook, which declares its neutrality by leaving fact-check decisions to third-party partners and exempts politicians' posts from review.

Twitter telegraphed in May that its new policy of adding fact-checking labels to disputed or misleading coronavirus information would be expanded to other topics. It said this week – after tagging Trump's tweets – that it was now labeling misleading content related to election integrity.

Twitter's Kelley said the team is continuing to expand the effort to include other topics, prioritizing claims that could cause people immediate harm.

A Twitter spokesman said the company's Trust and Safety division is tasked with the "leg-work" on such labels, but declined to give the team's size. This week, Twitter defended one of these employees after he was blasted as politically biased by Trump and his supporters over 2017 tweets.

Twitter also drew Trump's ire for putting a warning over his tweet about protests in Minnesota over the police killing of a black man for "glorifying violence," an enactment of a 2019 policy that was long-awaited by the site's critics.

In the tweet, Trump warned the mostly African-American protesters that "when the looting starts, the shooting starts," a phrase used during the civil rights era to justify police violence against demonstrators.

The Twitter spokesman said decisions on the labels are made by a team of executives, including Sean Edgett, Twitter's general counsel, and Del Harvey, the vice president of Trust and Safety. Chief Executive Officer Jack Dorsey is informed before actions are taken.

The company's curation team aggregates tweets on the disputed claims and writes a summary for a landing page. The team, which includes former journalists, normally pulls together content in categories including Trending, News, Entertainment, Sports and Fun.

Twitter, whose executives at one time referred to it as "the free speech wing of the free speech party," has been tightening content policies for several years after recognizing that abuses had grown rampant.

Dorsey met privately with academics and senior journalists shortly after the 2016 US election, which former New York Times editor Bill Keller, who attended one meeting, called an "ahead-of-the-pack effort" to cope with fake news and abuse.

Critics say the company was slow to act after that, but it has accelerated its efforts in the last year.

In March, it debuted its "manipulated media" label on a video of Joe Biden, the presumptive Democratic presidential nominee to take on Trump in the November 3 election, posted by the White House social media director.

Twitter's content review operation is small relative to its peers, with about 1,500 people. Facebook has about 35,000 people working on "safety and security," including 15,000 moderators, most of them contractors, although it also dwarfs Twitter in size: 2.4 billion daily users compared to Twitter's 166 million.

Facebook, which this week distanced itself from Twitter's actions, is also setting up an independent oversight board to rule on a small number of contentious content decisions.

Baybars Orsek, the executive director of the International Fact-Checking Network at the Poynter Institute, said the organization had reached out to Twitter recommending more transparency features in its fact-checking, such as the use of time-stamps.

Vinny Green, vice president of operations at fact-checking organization Snopes, said he has pressed Twitter to establish partnerships since 2017, but had received tepid responses.

Facebook since 2016 has run a fact-checking program with dozens of external partners, including a Reuters unit.

YouTube, the video service of Alphabet Inc's, in April started showing US viewers information from fact-checkers such as FactCheck.org and PolitiFact, although it declined to share a full list of partners.