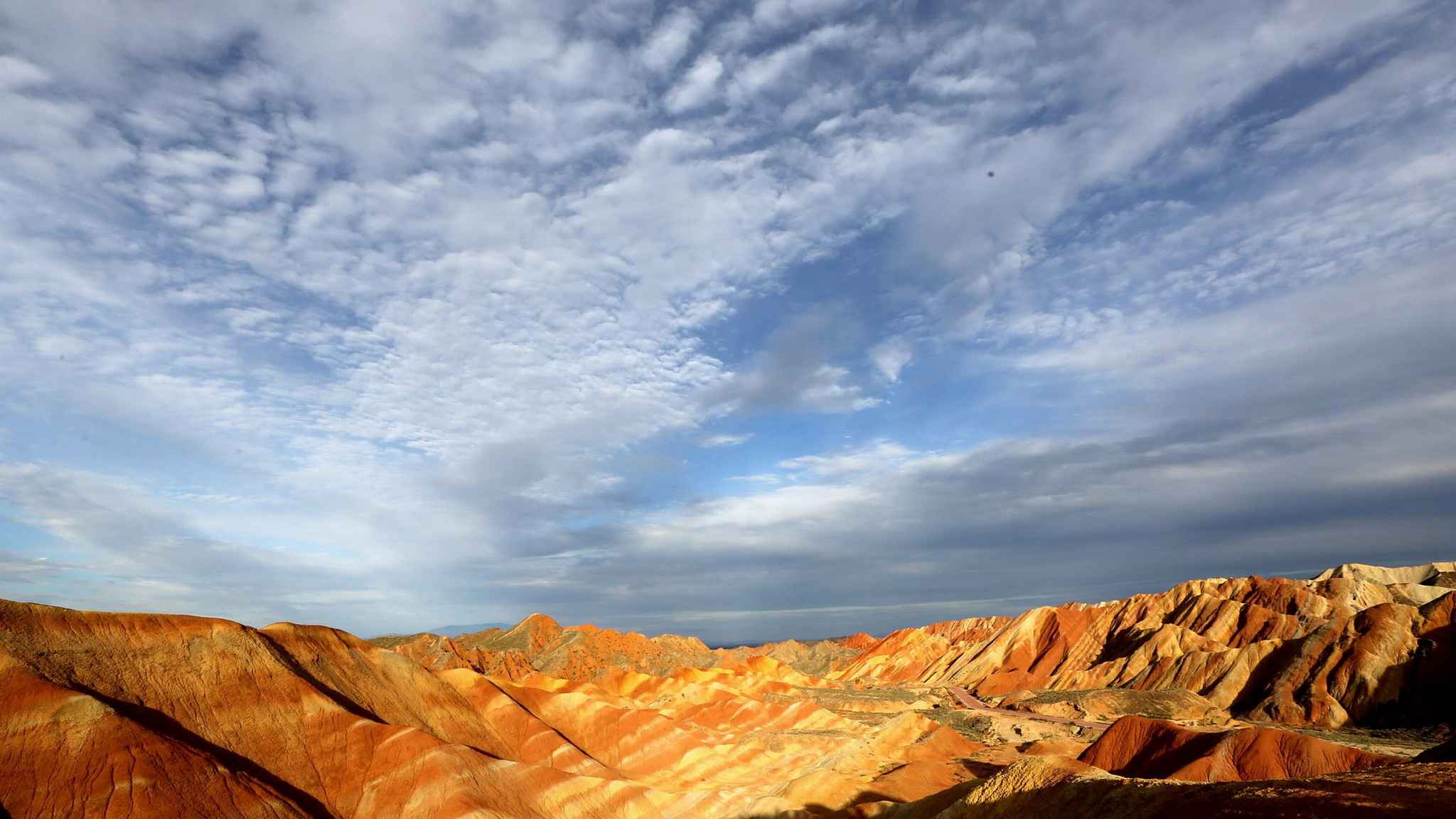 Over 40 geologists from China and other countries are conducting a joint scientific investigation on a Danxia landform in northwest China's Shaanxi Province, the Shaanxi Institute of Geological Survey said Sunday.

With geologists mainly from China, Poland, India, and the Republic of Korea, the survey to last from Friday to Monday marks the first international joint scientific investigation on the landform since it was discovered in 2017.

The investigation will focus on the formation environment, genetic mechanism, protection, and utilization of the landform.

With a total area of 30,773 square kilometers, the Danxia landform in Shaanxi is thought to be the largest such site in the country.

The S-shaped site, which features a rugged red landscape that emerged from river silt deposits dating back more than 99 million years, runs from Yulin City in the north to the center of the province.

Hong Zenglin, head of the Shaanxi Institute of Geological Survey, said the investigation will further ascertain the range and features of the landform, which will facilitate more studies on the formation of China's landscape pattern and the evolution of northern Shaanxi's ecosystem.

The investigation will also provide reliable technical support for the desertification control and the establishment of geological disaster prevention system in the region, according to Hong.