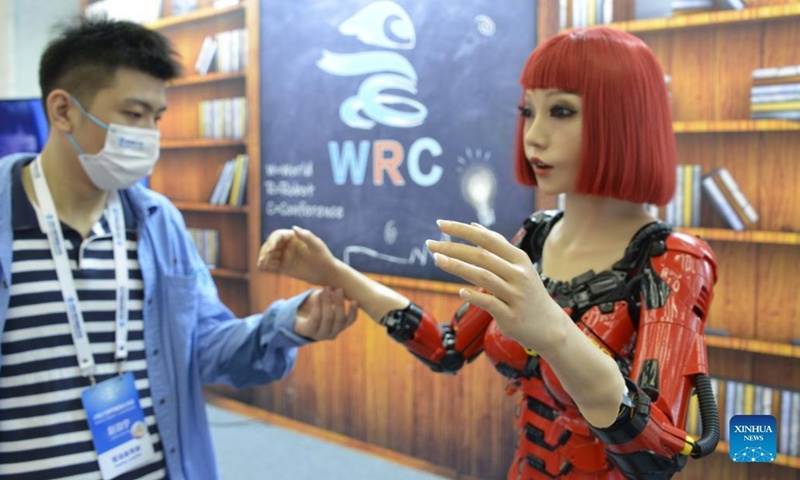 The World Robot Conference closed on Monday in Beijing's Yizhuang district, with more than 110 enterprises exhibiting over 500 products throughout the fair.

The fair fell on September 10 to 13 with the theme of "Share New Achievements, Inject New Dynamics". It has four exhibition zones, including industrial robotics exhibition area and service robots exhibition area.

Medical robots, bionic robots, humanoid robots and brain-controlled robots represented the four hot highlight segments during the event, among which a humanoid robot with a strong resemblance to Albert Einstein has attracted the visitors' attention. It introduced the conference at the booth with body movements and vivid expression.

Zhang Wei, vice president of Tencent Platform and Content Group, attended the opening ceremony on September 10. The company signed a cooperation agreement with the firm, in order to jointly promote the development of science literacy education for young people nationwide in the areas of talent training and popularization of science, technology, engineering and math (often referred to as STEM).

Tencent has made youth science literacy education a top priority and worked with universities to improve discipline construction, Zhang said.

According to Zhang, the company has launched programming creation-related curriculum and programming education platform, which has enhanced the independent research-based learning skills for students.