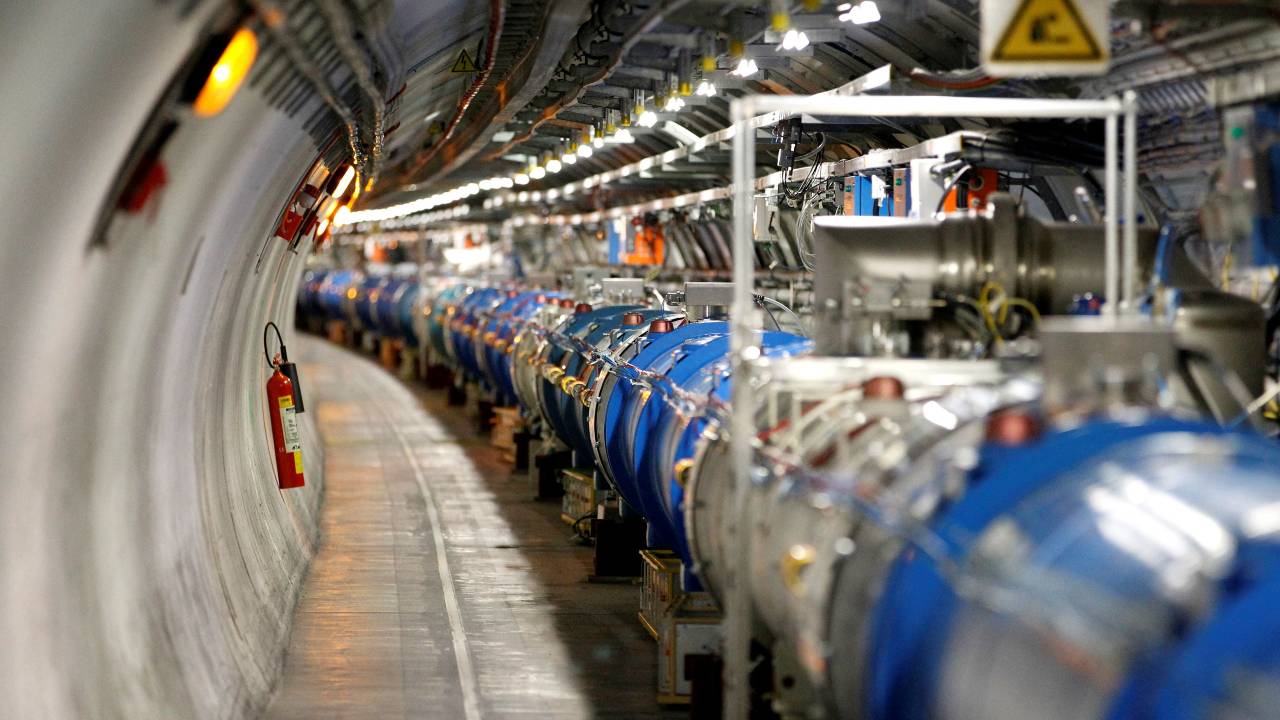 A general view of the Large Hadron Collider (LHC) at the Organization for Nuclear Research (CERN) in Saint-Genis-Pouilly, France, July 23, 2014. (Photo: CGTN)

The world's biggest particle accelerator, the 27-kilometer Large Hadron Collider (LHC), restarted on Friday after a break of more than three years for upgrading and maintenance work amid COVID-19 in hunt for "dark matter."

Physicists hope the resumption of collisions will help in their quest for so-called "dark matter" that lies beyond the visible universe. Dark matter is thought to be five times more prevalent than ordinary matter but does not absorb, reflect or emit light. Searches have so far come up empty-handed.

"We are going to increase the number of collisions drastically and therefore the probability of new discoveries also," said Rende Steerenberg who is in charge of control room operations of LHC.

The particle accelerator, located under a Swiss-French border area near Geneva, is perhaps best known for helping confirm the subatomic Higgs boson in 2012.

The European Organization for Nuclear Research, or CERN, said that two beams of protons circulated in opposite directions around the accelerator on Friday, but high-intensity, high-energy collisions are still a couple of months away.

"The machines and facilities underwent major upgrades during the second long shutdown of CERN's accelerator complex," CERN's director for accelerators and technology, Mike Lamont, said in a statement.

He added that the collider "will now operate at an even higher energy" and deliver significantly more data.