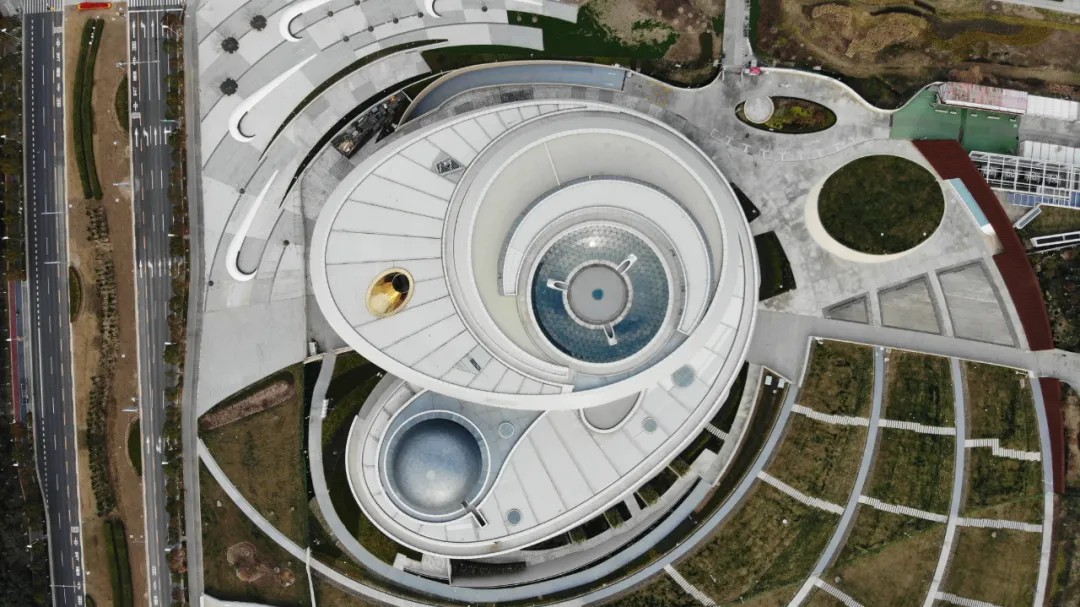 A view of the Shanghai Planetarium. (Photos: Xinhua)

The Shanghai Planetarium, a branch of the Shanghai Science and Technology Museum, has completed over 90 percent of its construction projects and is scheduled to begin trial operations in June, according to local authorities.

Located in the Pudong New Area, the planetarium has a total floor area of over 38,000 square meters and a planned exhibition area of 12,500 square meters. It is expected to become the world's largest planetarium in terms of overall floorage.

The planetarium has been designed to include a main building and ancillary facilities, such as an exploration center for the youth and two observatories for the public. 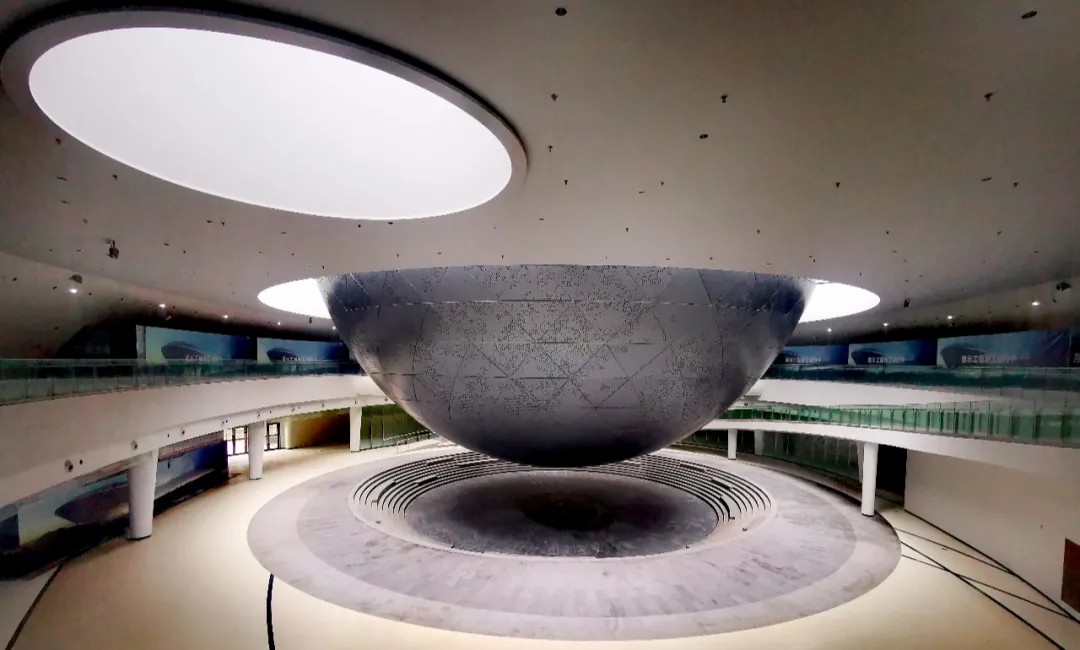 The interior view of the Shanghai Planetarium.

The planetarium has so far amassed some 70 meteorites, including those from the moon, Mars and Vesta.

Additionally, some notable meteorites that fell on various parts of the Earth will be on display, such as Shanghai Changxing Island meteorite (1966), Suizhou meteorite (1986), Juancheng meteorite (1997) and Naqu meteorite (2020) from China, Sikhote-Alin meteorite (1947) and Chelyabinsk meteorite (2013) from Russia, Namibia's prehistoric Gibeon meteorite, and Barringer meteorite (Pleistocene epoch) from America.

It will also house over 120 pieces and collections of artifacts, including original works from Isaac Newton, Galileo Galilei, Johannes Kepler and other masters.