With a total span of 16.34 kilometers, the bridge winds over 11 kilometers of sea.

The dual-use bridge has an upper six-lane-highway, which started trial operations on October 1, and a high-speed railway along the bottom.

The railway is a part of 88-kilometer Fuzhou-Pingtan high-speed railway, which opened on the same day as the G5322 train left Pingtan Station for Fuzhou Station at 9:43 am.

The travel time from Fuzhou to Pingtan was cut to only 35 minutes. 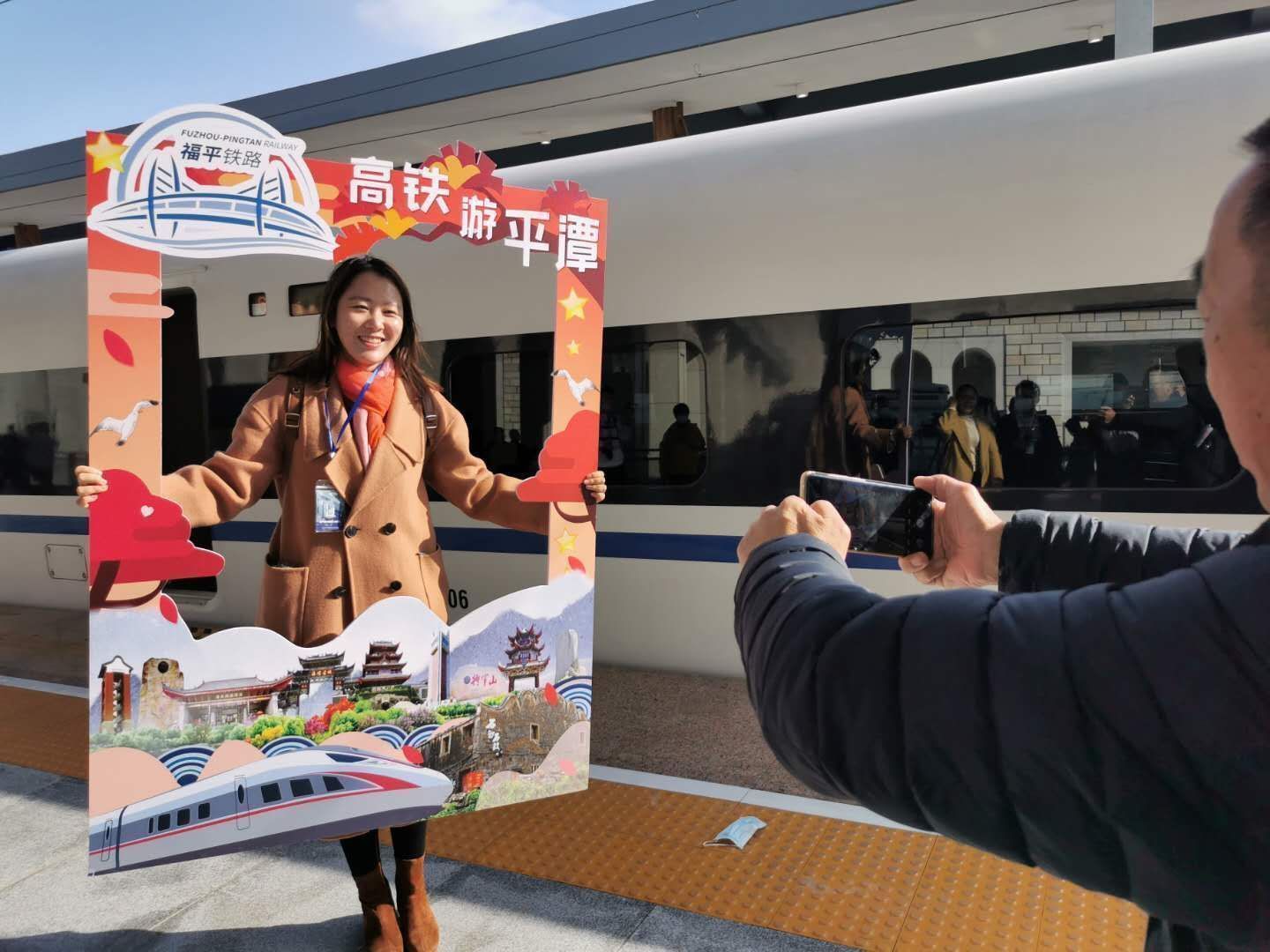 Passengers take photos with the train for its debut.

Began in late 2013, the feat is regarded as one of the world’s most challenging bridge construction projects. The heavy winds, stormy waves and deep sea, coupled with complex undersea geologic conditions, makes the bridge unusually demanding in its building techniques and materials.