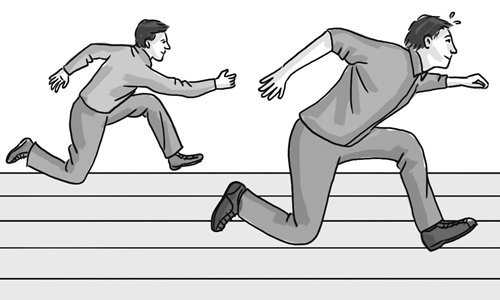 Scientific and technological exchanges and intellectual property disputes are common issues in global trade. However, due to the deepening US-China rivalry, scientific and technological exchanges and intellectual property disputes between the two countries have been quickly raised to the exaggerated level of national security and espionage, which could spiral out of control.According to our research and evaluation, China may face a number of obstacles and troubles in its normal academic exchanges, scientific and technological exchanges, study visits, project cooperation, and intellectual property exchanges and transactions with the US. In extreme situations, Chinese people participating in international exchange activities may be considered as spies stealing technical secrets; any project involving Chinese manufacturers and equipment may be deemed as installing "back doors" through unethical methods. In short, China has been widely smeared in the global science and technology fields, as well as in the intellectual property field, creating conditions for the improper intervention of non-commercial forces such as politics, public opinion, intelligence and law.At the end of 2018, leading global telecommunication giant Huawei's CFO Meng Wanzhou was detained during a flight transfer in Canada, triggering huge market shocks and influence. Huawei has hundreds of suppliers around the world, which design and supply components ranging from screws to screens. Many of Huawei's upstream suppliers are US companies. Among the 92 core suppliers of Huawei, 33 are in the US. Undoubtedly, the US and Canadian authorities are very clear about Huawei's technology edge, but they still took decisive action against the company, signaling gloomy prospects and changes in the future.In fact, the world intelligence community is now at a critical stage of transformation and adaptation. For a long time, various countries' intelligence agencies have been generally characterized by two problems. First, economic information and industrial information are not considered as core tasks of the intelligence community. The concept of national security is very narrow. Just like plots in spy thrillers, information about terrorist actions and top leaders is the focus of intelligence activities, while others areas, like economic, industrial and technical information are just incidental intelligence, which are often ignored. Second, in this mysterious circle, open-source information that is publicly available is never considered as intelligence. Ignorance of acquisition and analysis of public information, even unwillingness to spend money on information, has caused world intelligence gathering practices to lag behind the development of the information society for a long time, leading to great political pressure.After taking office, US President Donald Trump launched the National Defense Strategy report that represents a policy shift. Based on political and competitive considerations, the report defines China as the major "threat" to the US, making China suddenly the main target of the US. However, historically speaking, unlike many other countries in the world, China's degree of internationalization is much lower than that of European countries and the US, and even lower than that of Russia. In addition to self-defense, China has no tradition of secret warfare with the US and other Western countries. It was only after reform and opening-up that China started to engage in international exchanges, with its focus mainly concentrated in the economic and industrial fields. The country has gradually acquired an advantageous status in the world through economic, industrial and technical competition.As a result, the unexpected and high-profile "China challenge" has forced US government departments and its intelligence community to make major changes in a hurry. They must do everything possible to restrain China's strategic competition by impeding its economic progress and industrial progress, prohibiting its access to technologies in various information fields, preventing it from using various open and unrestricted information sources and curbing the flow of scientific and technological information to China. All of a sudden, Western government departments and intelligence agencies rolled out irrational diplomatic, commercial and legal means, escalating the nature of technology and intellectual property issues from the past "unfair trade" behavior to the current "threat to US national security," which has even become the top priority of US intelligence agencies.In the fields of science and technology, the "Cold War" in history has re-emerged as the West is taking unprecedented actions to build an invisible "Berlin Wall of information," so as to isolate China from the future information and intelligent world. Such a situation is expected to continue for a long time to come.