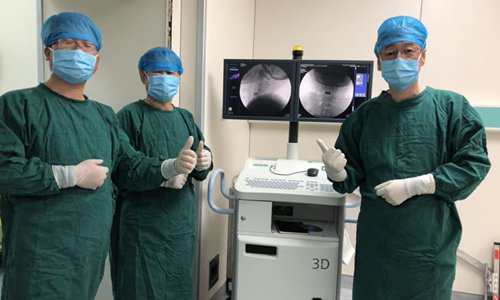 Doctors at a Xi'an hospital check the patient's X-ray to assess how the artificial disc is performing. (Photo: Courtesy of Honghui Hospital)

The world's first 3D printed cervical intervertebral disc replacement operation was successfully completed in Northwest China and hailed by experts on Sunday as a milestone in combining high technology with clinical medicine.

Surgeon Qian Lixiong told the Global Times on Sunday they first took a CT scan of the patient and then designed a personalized prosthesis based on the image data. 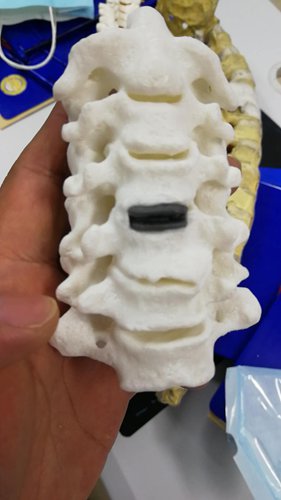 Most hospitals in China use an imported prosthesis that costs at least 60,000 yuan ($8,673) and whose design is based on foreign people.

The 3D version costs about 40,000 yuan and is personalized according to the patient's image data, making it more compatible with Chinese patients.

"We're going to promote and popularize the technology if later research verifies the incidence rate of using a 3D artificial cervical disc is slower than that of using the imported prostheses," Qian said.