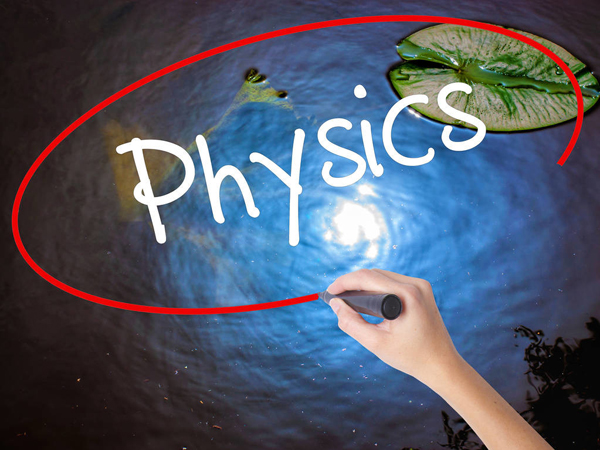 A group of young scientists from the Institute of Physics at the Chinese Academy of Sciences has been trying to make physics more understandable, interesting and fun by livestreaming experiments and interacting with viewers on a video-sharing platform. (Photo: IC)

Physics is hard. This natural science, which deals with matter's motion through space and time, provides physicists with endless puzzles to solve, but that doesn't mean that everyone else should be excluded from its brain-teasing charms.

Over the past three months, a group of young scientists from the Institute of Physics at the Chinese Academy of Sciences has been trying to make physics more understandable, interesting and fun by livestreaming experiments and interacting with viewers on a video-sharing platform.

They are hugely popular, having racked up over 379,000 followers and nearly 5 million hits.

Every Wednesday night, several doctoral and postgraduate students stand in front of a camera at a laboratory and conduct live experiments on topics such as, "Can high voltage electricity extinguish fire?", "Can a magnet and water explain general relativity?" and "Does smoke spread upward or downward when there is a fire?" Then they explain theories and formulas behind the experiments.

"Much of our content is quite spontaneous. We teach wherever our experiments lead and expound on the theories according to viewers' live comments," said Li Zhilin, a postdoctoral student.

"Once many viewers said my hair looked oily on the screen and asked me if I had washed my hair, and it occurred to me that hair can be an interesting topic to talk about," he said. So, during a show in May, Li explained why hair sometimes may appear black, thick and greasy when it isn't.

The platform they chose is Bilibili, one of China's most popular video websites, which is used mostly by young people. More than 70 percent of its users were born between 1990 and 2009.

Bilibili allows viewers to chat about the content they are watching through instant comments that dash across the screen. These are called "bullet subtitles" by Chinese users. The function also enables Li and his teammates to answer questions from viewers instantly during experiments.

"It's like chatting with them, making them feel more intimate with science," Li said.

That's not all they do to popularize science through social media. They post about small experiments via messages, pictures and gifs on WeChat, where they also host a Q&A column. They have also posted on Tik Tok, a video-sharing app. But it is livestreaming on Bilibili that has attracted the most attention.

"We became popular after Li broadened the teaching from using experiments," said Jiang Chang, a doctoral student. "I think it is most interesting when he puts together the experiments, theories from high school and what's new on the scientific research frontier. It feels like everything suddenly makes sense."

Liu Guangxiu, one of two experiment hosts, said their fans also love to see when experiments fail, which makes the show seem more genuine than staged.

"The experiments that are counterintuitive and visually dazzling are also some of the most popular ones," she added.

"Physics may seem difficult and dreadful, but sometimes that's probably because people haven't gotten a proper explanation. So we, as young scientists, need to let people see what physics is actually about so they can then decide whether they like it or not. It may not be so mysterious, and it's really useful," Li said.