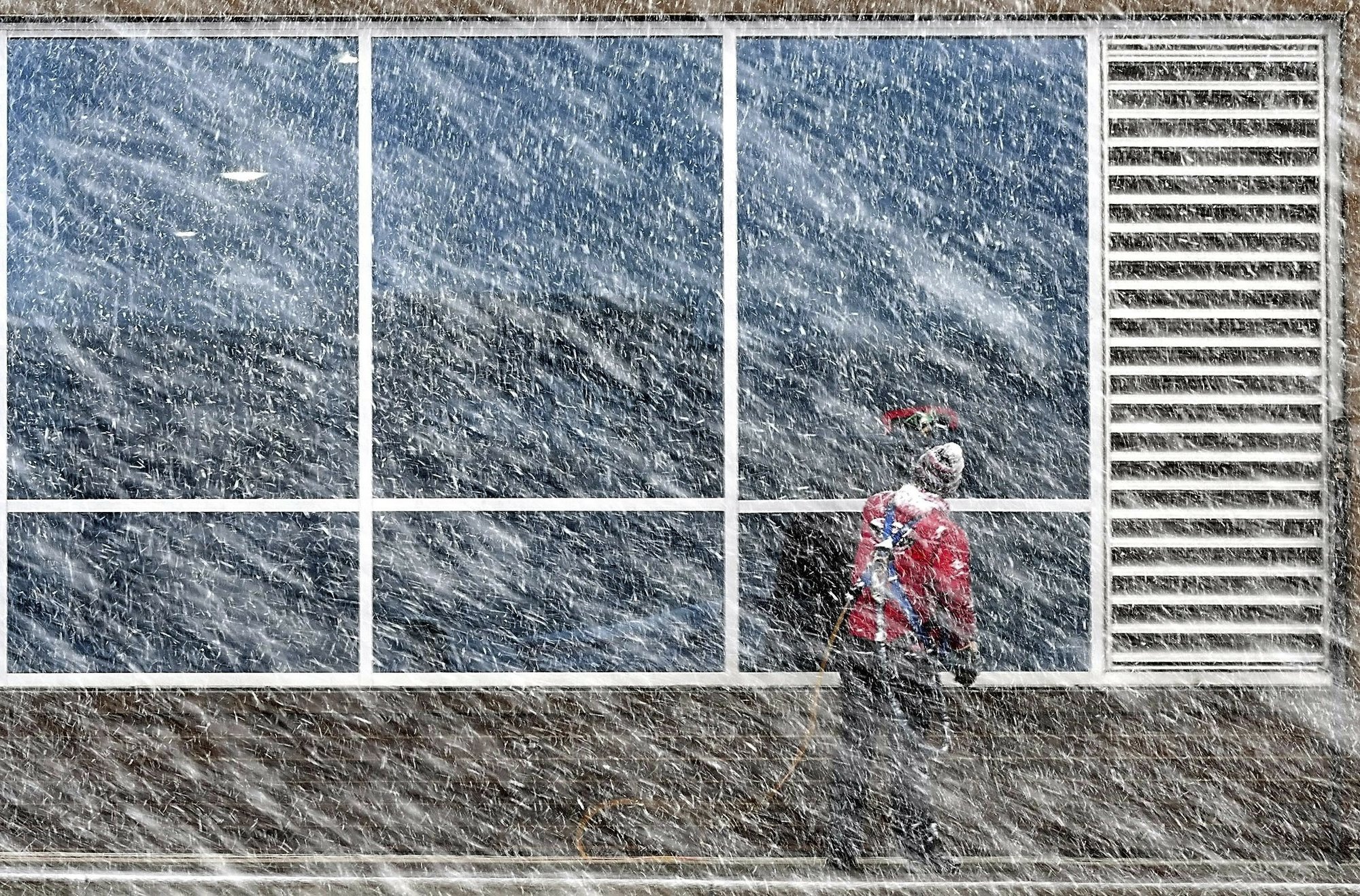 Heavy snow and strong winds hammered parts of the central US on Thursday, knocking out power to tens of thousands of people and creating hazardous travel conditions a day after pummeling Colorado.

The spring blizzard — the second “bomb cyclone” storm system to hit the region in a month — left behind hundreds of canceled flights at Denver International Airport, along with wintertime temperatures and snarled traffic before blanketing parts of South Dakota in as much as 18 inches (45.7 centimeters) of snow.

Hundreds of schools canceled classes in Minnesota, Nebraska and South Dakota, where the governor closed state offices in much of the state for a second day Thursday because of dangerous road conditions.

The Minnesota State Patrol said it had responded to more than 200 crashes statewide since Wednesday, while the National Guard stood ready to rescue any stranded motorists. In Nebraska, the State Patrol sent additional troopers into the state’s panhandle, and several highways were closed.

A “bomb cyclone” is a weather phenomenon that entails a rapid drop in air pressure and a storm strengthening explosively. Mike Connelly, a weather service meteorologist in Aberdeen, South Dakota, said this week’s storm system drew up moisture from the Gulf of Mexico as it moved out of the Rocky Mountains.

Connelly said that could translate into as much as 2 feet (0.61 meters) of snow in parts of South Dakota and Minnesota, and make the snowfall “historic.”

“This time of year (in) the central, southern Plains, you get severe weather — thunderstorms and tornadoes. Unfortunately in the Dakotas, we get feet of snow,” he said.

Nearly 40,000 homes and business were without power across Minnesota, South Dakota and Iowa early Thursday, according to PowerOutage.us. The main culprit was snow and ice accumulating on power lines, along with strong winds, said Matt Lindstrom, spokesman for Minneapolis-based Xcel Energy.

In southwest Minnesota, the National Weather Service said there could be half an inch of ice accumulations and winds up to 50 mph (80.46 kph).

The system also created hazardous wildfire conditions in parts of Texas, Oklahoma and New Mexico. An unusual but not rare weather phenomenon known as “thunder snow” — snow accompanied by thunder and lightning — was reported Wednesday in central South Dakota.

In addition to the immediate impacts, the storm threatened to swell rivers in the Midwest that flooded after March’s drenching, which caused billions of dollars in flood damage in Nebraska, Missouri, Iowa and South Dakota. Forecasters aren’t expecting similar flooding this time around thanks to the absence of a wet snowpack on frozen ground.