'Forest public train' in China has the country's northernmost station 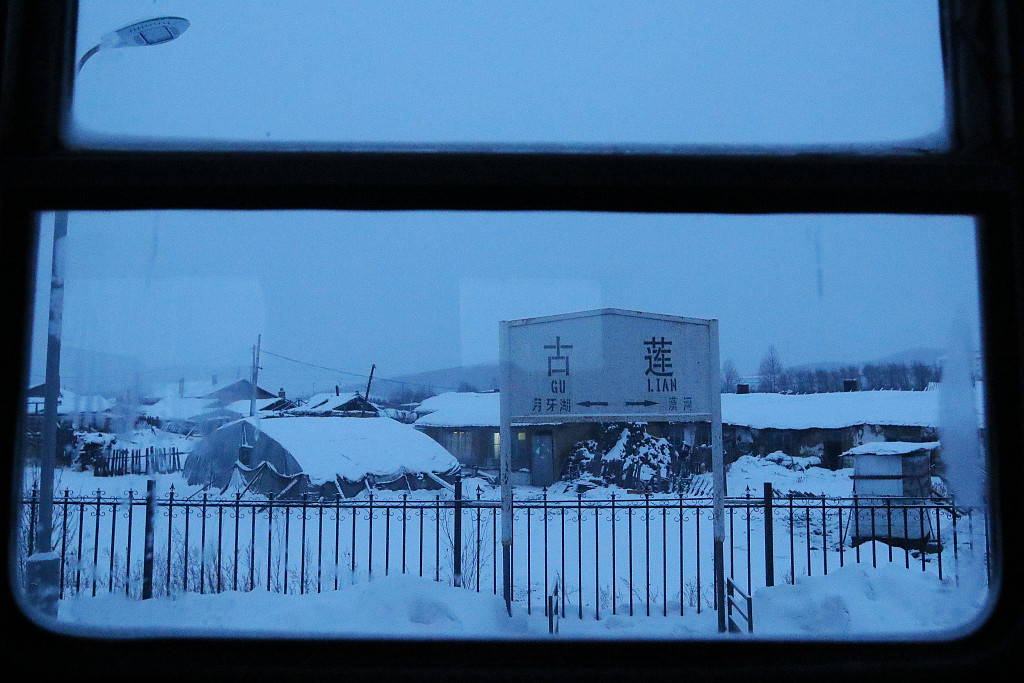 The 6245 and 6246 are passenger trains between Qiqihar and Gulian. There are 62 stops along the route, making these the trains with the most stops in China. (Photos: VCG) 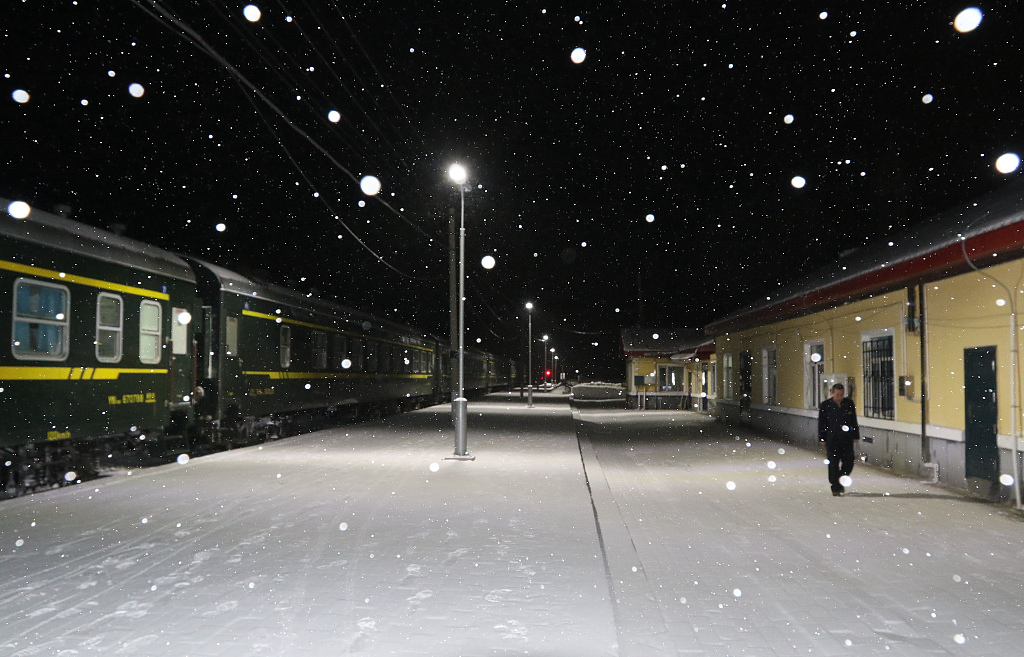 Gulian is the northernmost station of the railway network in China. 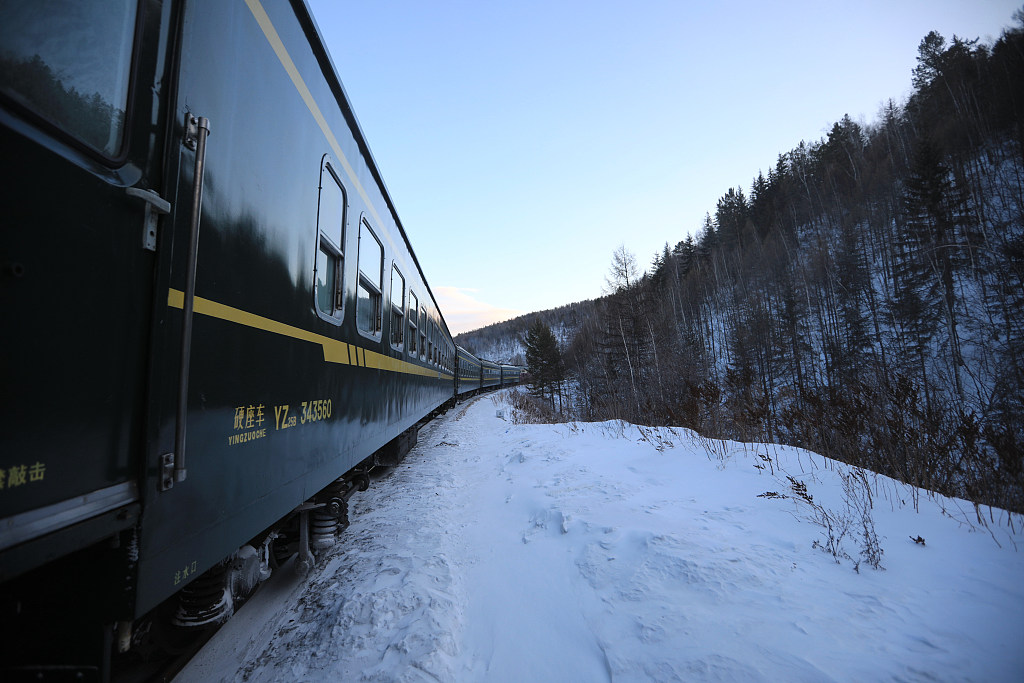 The Greater Khingan forest area that the train passes through is the coldest area in the country. The whole train has eight months of coal-fired heating. It is also called the "forest public train". 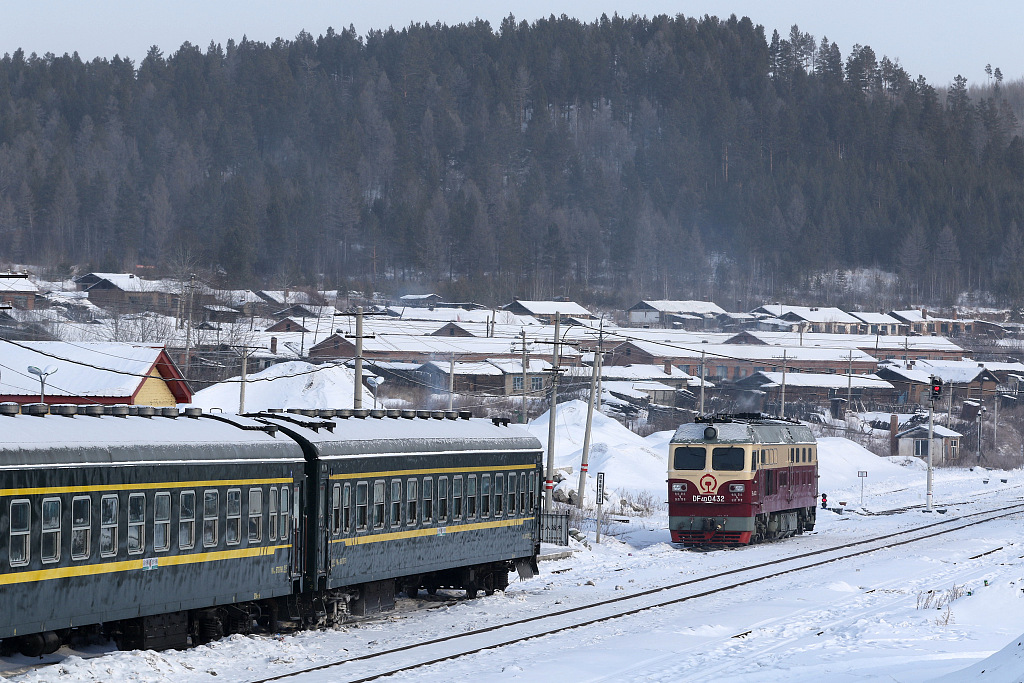 The fare of this train is the cheapest in China. With the route from Qiqihar to Gulian covering a total of 923 kilometers, the train ticket price is only 49 yuan, with nearly 34 sections having a fare of only 1 yuan. 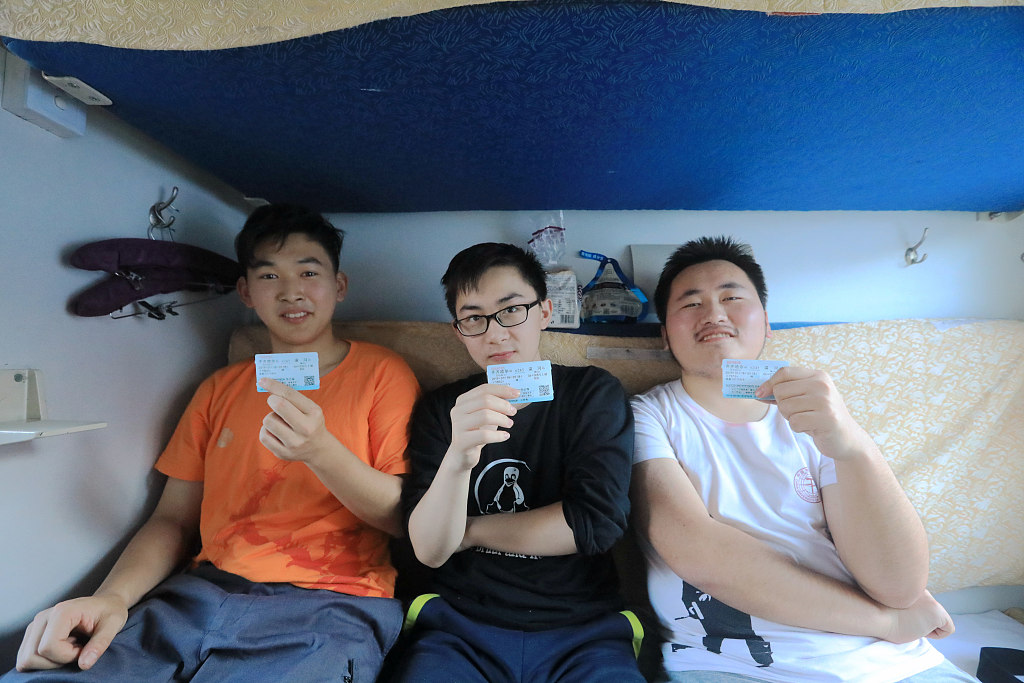 On the 6245 train, three college students from Tsinghua University, Jilin University and China University of Geosciences showed their tickets. They came specifically to experience this slow train. 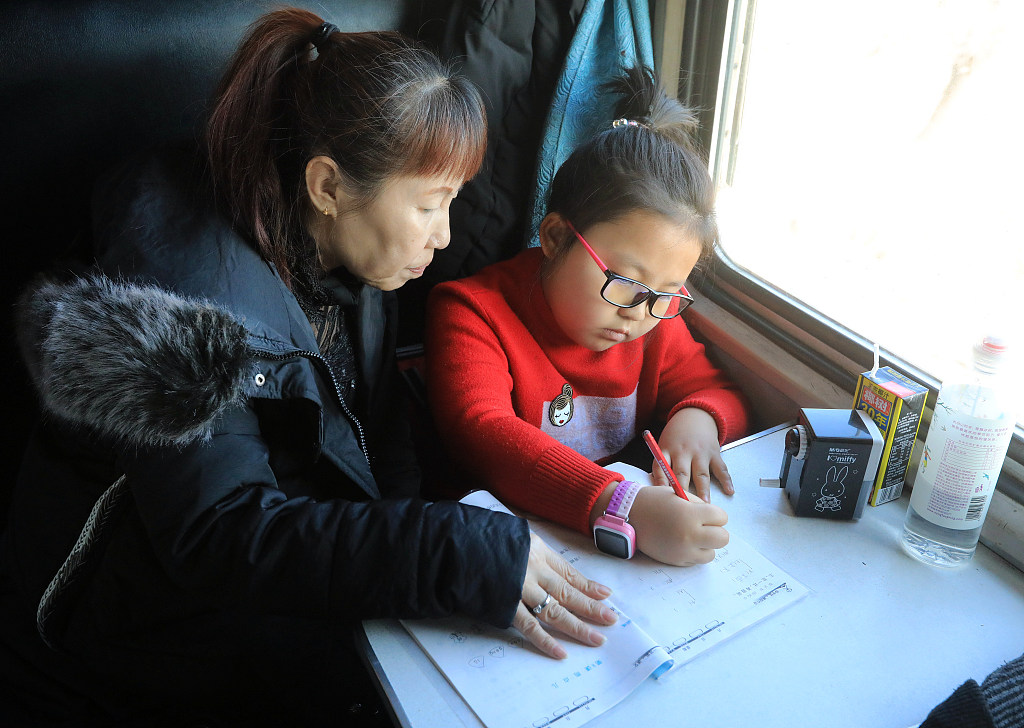 A grandma is watching her granddaughter doing homework on the train.

A steward cleans the aisles with hot water since the floor is frozen. 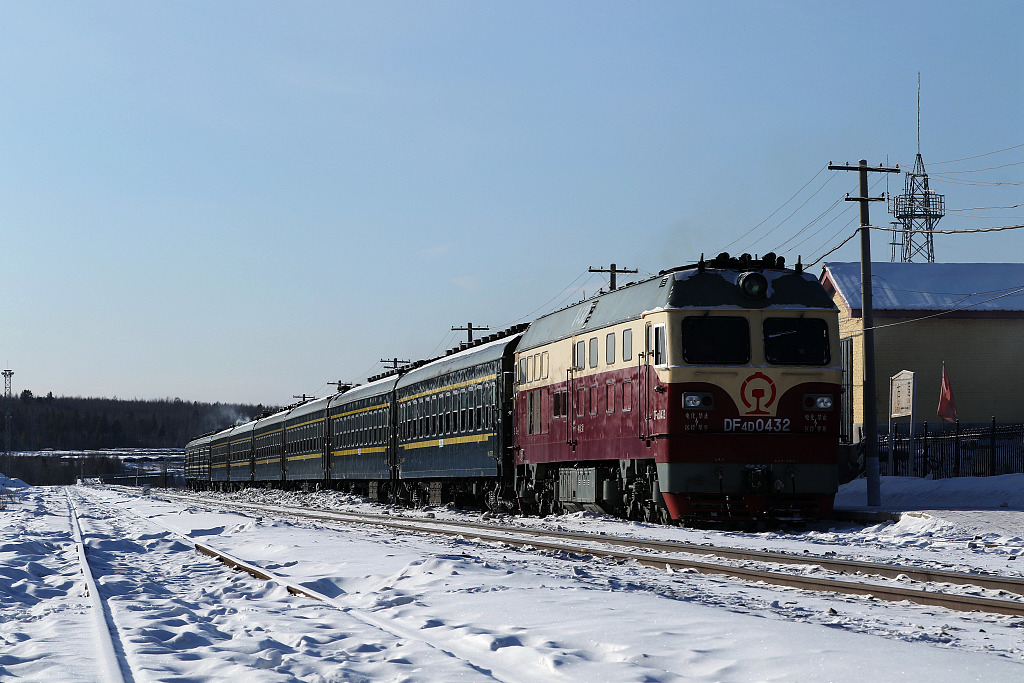 The Greater Khingan forest area that the train passes through is the coldest area in the country. It is also called the "forest public train".