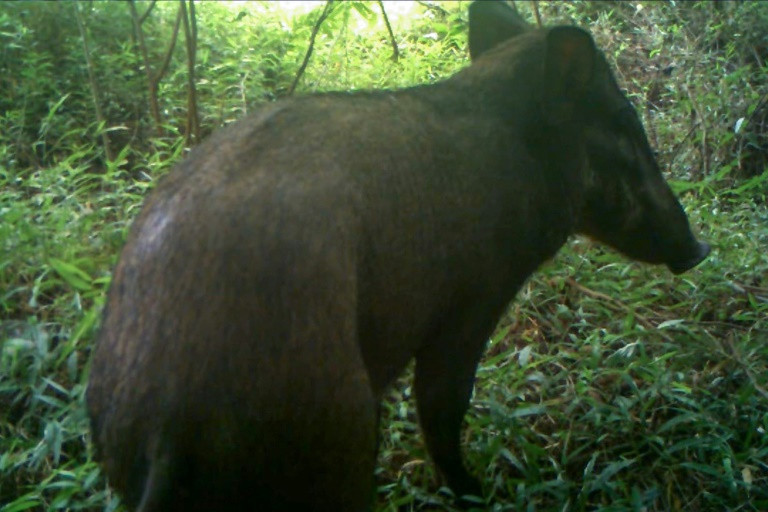 Rare images of the "world's ugliest pig" have been captured in Indonesia, researchers said Friday, offering a window into a little-known species believed to be on the brink of extinction.

The number of endangered Javan warty pigs -- males are distinguished by large warts on their faces -- has plunged since the early 1980s due to hunting and forest habitat loss, according to the UK-based Chester Zoo.

British and Indonesian researchers laid camera traps in the forests of the Southeast Asian nation's Java island in the hopes of capturing images of the elusive creature.

Their goal was to get a clearer sense of population levels and find ways to boost conservation of a "highly threatened species".

"It was even feared that many, if not all, populations had become extinct until their existence was confirmed by the zoo's cameras," the zoo said as it released the images.

The research "could eventually be used to establish new protection laws for the species as, currently, they are not protected by Indonesian law", it added.

The pigs -- which are only found on Java -- are similar in size to European wild boars but are more slender and have longer heads, the zoo said.

"It is these characteristics that have led to them being affectionately labelled as 'the world's ugliest pig' but, certainly to us and our researchers, they are rather beautiful and impressive."