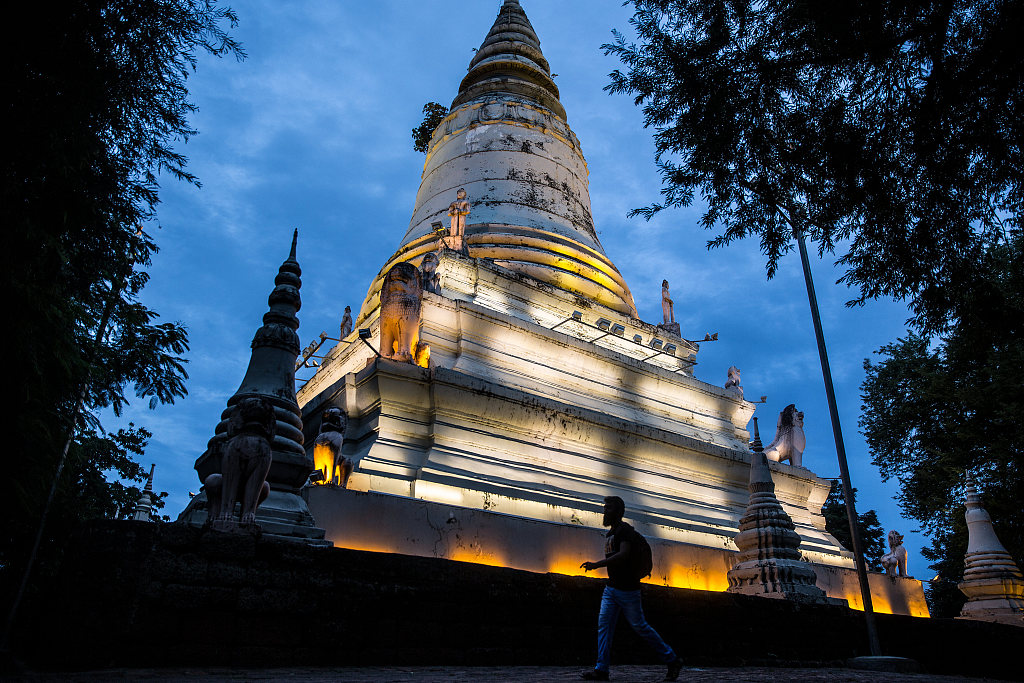 A pedestrian walks past the Wat Phnom temple illuminated at dusk in Phnom Penh, Cambodia on July 29, 2018. (Photo: VCG)

China is the largest source of foreign tourists to Cambodia, accounting for 33.7 percent of the total foreign visitors to the kingdom during the Jan.-Oct. period this year, the report said.

It said the Southeast Asian country received a total of 4.82 million international tourists during the first 10 months of this year, up 11.5 percent over the same period last year.

He predicted that Cambodia will receive up to 2.5 million Chinese tourists in 2020.