2 injured in speediest Pamplona bull run so far this year

Health authorities in northern Spain's Pamplona say two people were injured in Tuesday's speedy bull run, although there were no gorings, unlike in previous days. 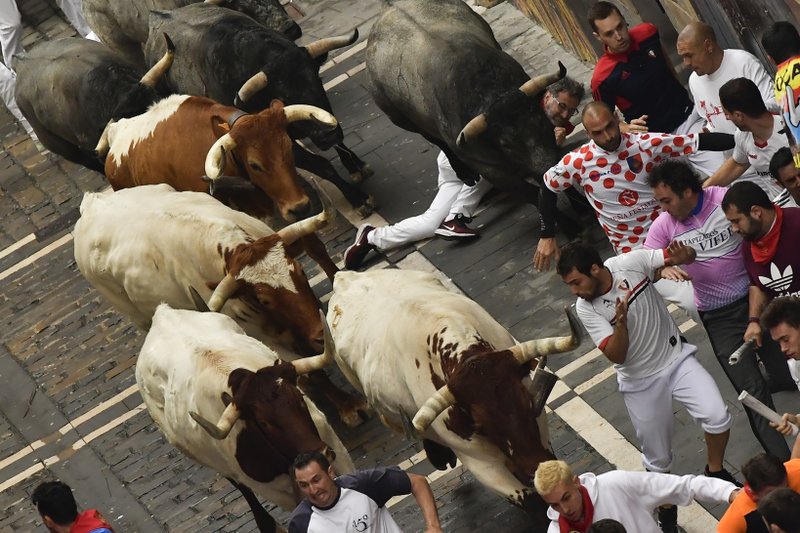 Revellers run next to fighting bulls during the running of the bulls at the San Fermin Festival, in Pamplona, northern Spain, Tuesday, July 9, 2019. (Photos: AP)

The race along the 930-yard (850-meter) cobbled-street course to the bullring lasted just over 2 minutes, the fastest so far this year.

Four people — two Americans and two Spaniards — have been gored since the daily races started on Sunday.

Tomás Belzunegui, deputy director of the regional hospital, says that a man who fractured his ankle badly on Tuesday will likely remain hospitalized but that a runner who hit his head against the floor will likely be discharged soon. 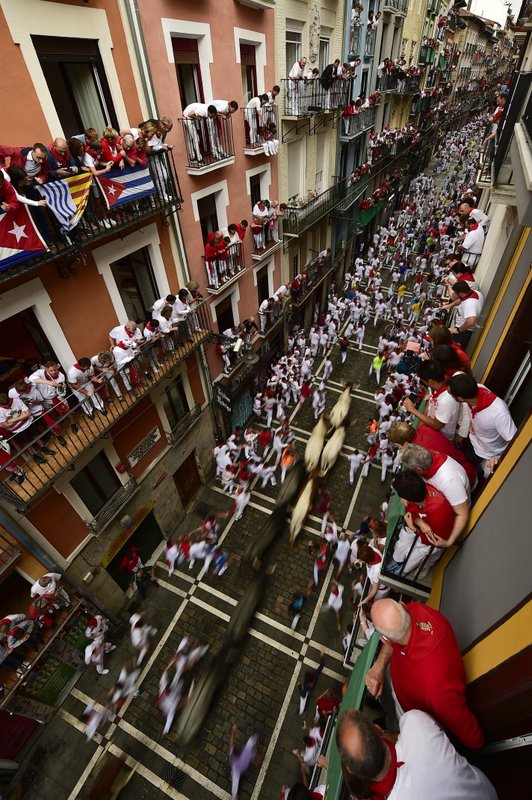 The nine-day San Fermin fiesta attracts revelers from around the world who test their bravery and speed dashing through the streets with six fighting bulls.