"The 2018 EU-China Tourism Year has provided us with an excellent opportunity to build bridges between the EU and China," Nicolas Chapuis, the EU ambassador to China, said. "In 2018, we have witnessed Chinese audiences gain a more comprehensive and in-depth understanding of the EU and its diverse member states."

The 2018 China-EU Tourism Year was put forward and discussed by Premier Li Keqiang and the President of the European Commission Jean-Claude Juncker at the 18th China-EU Leaders' Meeting in July 2016.

According to a report by the China Tourism Academy, dozens of new flight routes between China and Europe had been launched in the first half of this year, and the number of Chinese travelers to the European continent had soared more than 100 percent in the second quarter of 2018, compared with the same period last year. 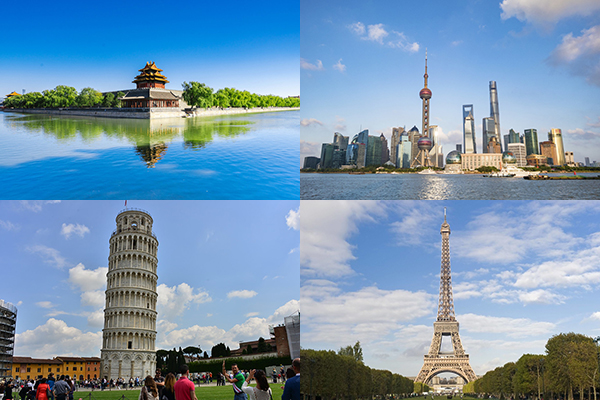 The 2018 EU-China Tourism Year offers an excellent opportunity to build bridges between the EU and China. (Photo provided to Chinaculture.org)

Europe has become the second-largest overseas destination for Chinese tourists after Asia, with most visitors heading to France, Germany, Italy, Spain, Russia, the United Kingdom, Switzerland, Greece, the Czech Republic and Hungary, according to online travel company Ctrip.

China is willing to take the tourism year as an opportunity to deepen cooperation with the EU and member states in the field of tourism and to contribute to the development of China-EU relations, said Yu Qun, a member of the leadership of China's Ministry of Culture and Tourism.

Zhao Gang, vice-governor of Shaanxi province, echoed the view, adding that the EU-China Tourism Year provided an opportunity for the EU and the world to understand Shaanxi and promote cooperation.

EU member nations issued about 2.5 million visas to Chinese visitors last year, Marcin Grabiec, counselor for the EU delegation to China, said. He also added that the delegation is in negotiation with the Chinese government to open more visa centers nationwide to offer faster, easier and cheaper services. 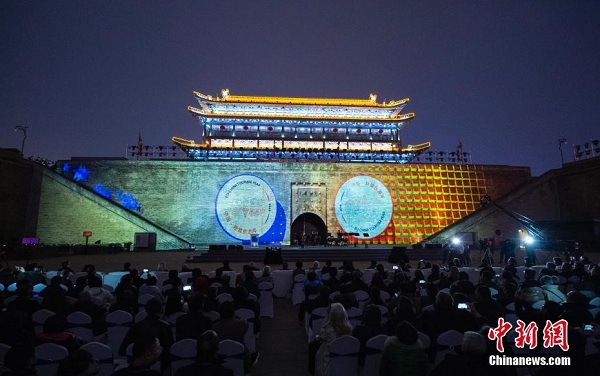 The three-dimensional light show at the closing ceremony of the EU-China Tourism Year. (Photo: chinanews.com)

It is worth noting that throughout the whole year, both sides have jointly a variety of cultural tourism exchange activities.

For instance, on March 2, the EU's 66 landmark buildings in 18 member states including Belgium, France, Spain and Italy used "China Red" to light up famous landmarks around the Lantern Festival.

Likewise, on May 9, 32 landmark scenic spots of 18 cities in China, including Beijing, Shanghai, Wuhan and Xi'an, were illuminated by the "EU Blue" in commemoration of the European Day of European Integration.

One of the highlight is that the closing ceremony of the EU-China Tourism Year, which was held in Xi'an on Nov 17, attracting more than 300 people including ambassadors and other diplomatic envoys from the European Union, Spain, Austria and the Netherlands, as well as representatives of Chinese and EU tourism enterprises and media. 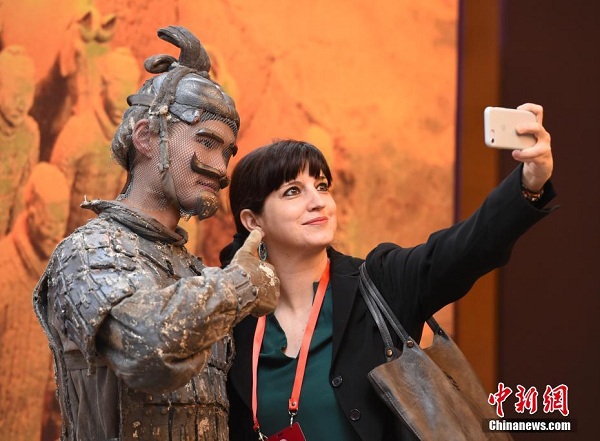 A foreign guest takes photos with a performer at the closing ceremony of the EU-China Tourism Year. (Photo: chinanews.com)