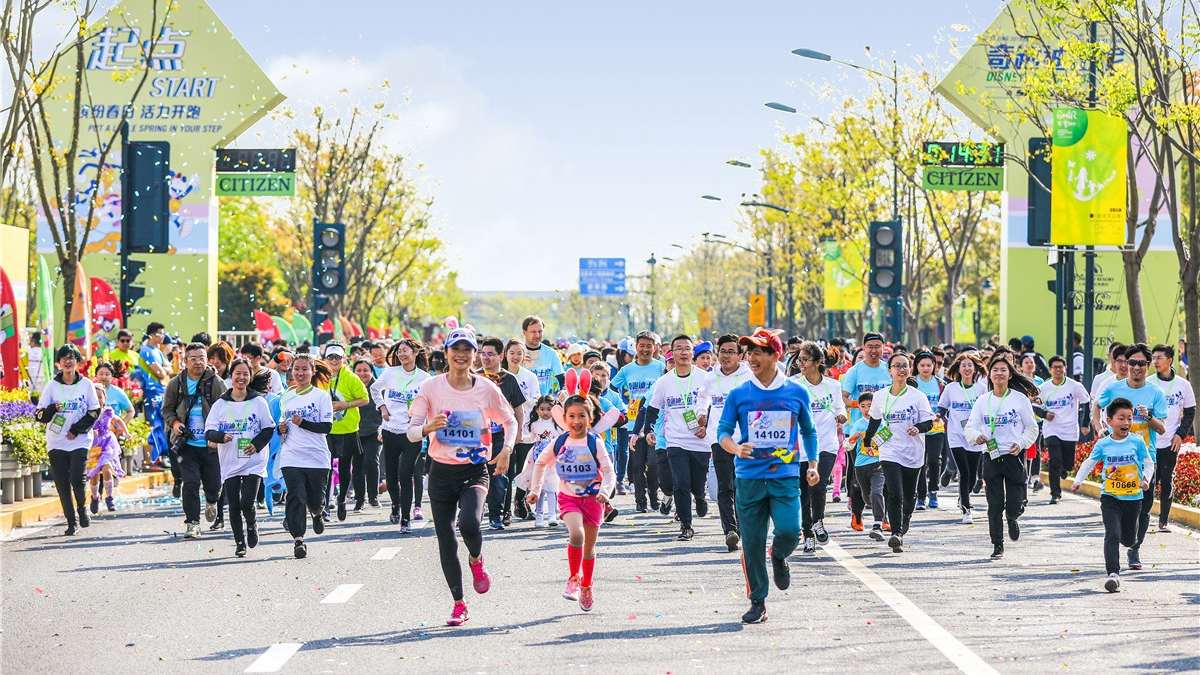 Thousands of participants joined a two-day running contest at the Shanghai Disney Resort that kicked off on Saturday.

More than 7,500 participants crossed the finish line of the 2019 Spring Disney Inspiration Run for the 3.5 km and 5 km races. The 10 km run, which attracted professional runners, was on April 14.

Six hundred young guests aged between two and five were also treated to a special race dedicated to kids.

Participants took the event seriously and came fully prepared. Jiao Yinli, an eight-year-old from Shanghai, said her father specially booked a hotel room nearby one night ahead of the race, to ensure she got enough rest before the event.

Along the routes, a host of beloved Disney characters, such as Nick and Judy from the animated film "Zootopia", as well as Duffy and his friends, made surprise appearances and cheered participants on every step of the way.

Avengers superheroes, including Captain Marvel, Doctor Strange and Black Widow, also made their debut appearance at a Disney Inspiration Run, as die-hard fans cheered and celebrated ahead of the international release of "Avengers: Endgame" on April 24.

Runners and other visitors also stood to enjoy an assortment of delectable international dishes and drinks, thanks to the inaugural International Food and Drink Festival from Friday through May 4 in Disney town.

First inaugurated in September, the spring race weekend allows participants of all ages to come together and enjoy picturesque views and legendary entertainment across the resort.