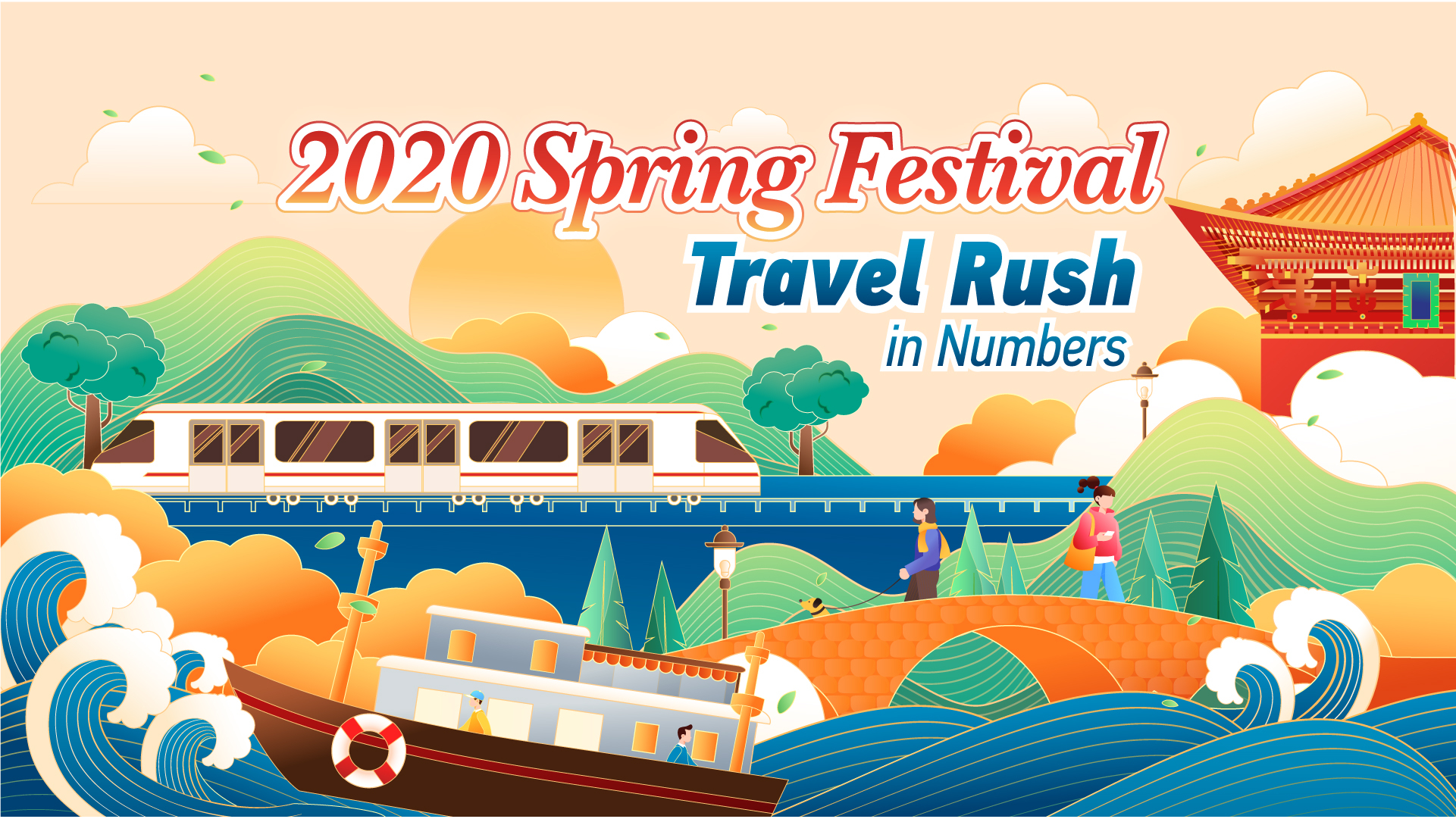 This year's Spring Festival travel rush, also known as chunyun in Chinese, came to an end on Tuesday. The mention of chunyun usually conjures up images of large crowds at the railway stations and airports, but this year, things turned out quite different.

Statistics from China's Ministry of Transport (MOT) show that a total of 1.476 billion passenger trips were made nationwide during the 40-day holiday travel rush, nearly half of the trips made last year, hitting a record low in five years.

The dip in passenger trips was caused by the outbreak of novel coronavirus (COVID-19), initially found in the city of Wuhan, central China's Hubei Province, and then rapidly spreading to other parts of the country and abroad.

Railway, as the major means of transportation for traveling across the nation, saw an overall drop of 47.3 percent in the number of passengers from last year, according to MOT. During the pre-holiday period, 15 days before the Chinese Lunar New Year from January 10 to 24, the number of railway trips exceeded 168 million, up 17.2 percent from the same period in 2019.

Before chunyun, some 440 million railway trips had been estimated during this time of the year. Multiple measures were then taken in a bid to meet the rising travel demands and ensure smooth train rides. Additional high-speed trains were put into operation and e-ticket system was enhanced.

The number of daily passenger trips was on the rise until more confirmed cases of the novel coronavirus were reported and human-to-human transmission of the virus was confirmed by China's National Health Commission. On January 23, Chinese authorities suspended all means of transport in and out of Wuhan, the epicenter of the outbreak, to curb the spread of the deadly virus.

In the following days, millions of people in other parts of the country cancelled their trips for the holiday and stayed at home. Bookings of overseas tours, flights and hotel packages were then banned in China to prevent the epidemic from spreading globally.

During the post-holiday period from January 25 to February 18, 42 million railway trips were made, down 83.9 percent from last year. No concentrated flow of returning passengers was seen during this time.

Data from China Railway shows that a total of 118 million train tickets were refunded for free from January 21 to February 18, during which the national railway transported 113,000 tons of epidemic control supplies and 7,747 personnel to aid epidemic prevention and control.

There are still plenty that haven't made return trips. It is estimated that the return passenger flow will continue to maintain a steady growth in the near future, according to Xu Yahua, an official with MOT.

"From February 19 to the end of the month, an estimated 158 to 161 million passenger trips are to be made nationwide, with an average daily volume of 14.4 to 14.67 million. The epidemic prevention and control measures as well as the transportation support should continue to be taken seriously," Xu said.