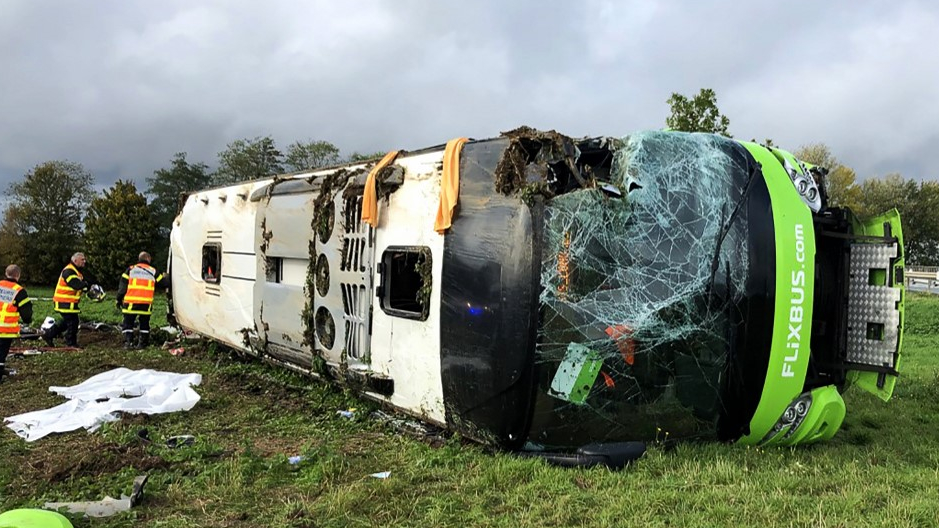 Thirty-three people were injured on Sunday, at least four seriously, when a Paris-London bus with passengers from nine countries overturned in northern France, local authorities said.

The Flixbus vehicle toppled onto its side around midday (1100 GMT) as it took an exit from the A1 motorway, France's busiest route, the Somme prefecture said in a  statement.

Of the 33 people on board, 29 sustained light injuries and four were seriously hurt, the statement said, though the fire brigade put the number at five.

Their lives are not in danger, the prefecture said.

Eleven were French and 22 were foreign nationals -- 10 from Britain, five from the United States, two from Romania, and one each from Spain, Australia, Mauritius, Japan and Sri Lanka.

They were taken to various area hospitals, while Flixbus set up an emergency number.

The Munich-based company, which operates low-cost bus services between major European cities, said in a statement that it was in "close contact with local authorities to determine the exact causes of the accident, and to take care of the passengers".

A fatal accident occurred in southern France on October 6 when a Flixbus en route from Barcelona to Bordeaux flipped onto its side after swerving off the road, claiming the life of a 21-year-old Frenchwoman.

Another 17 people were injured. The driver, a 50-year-old woman, has been charged with involuntary homicide.