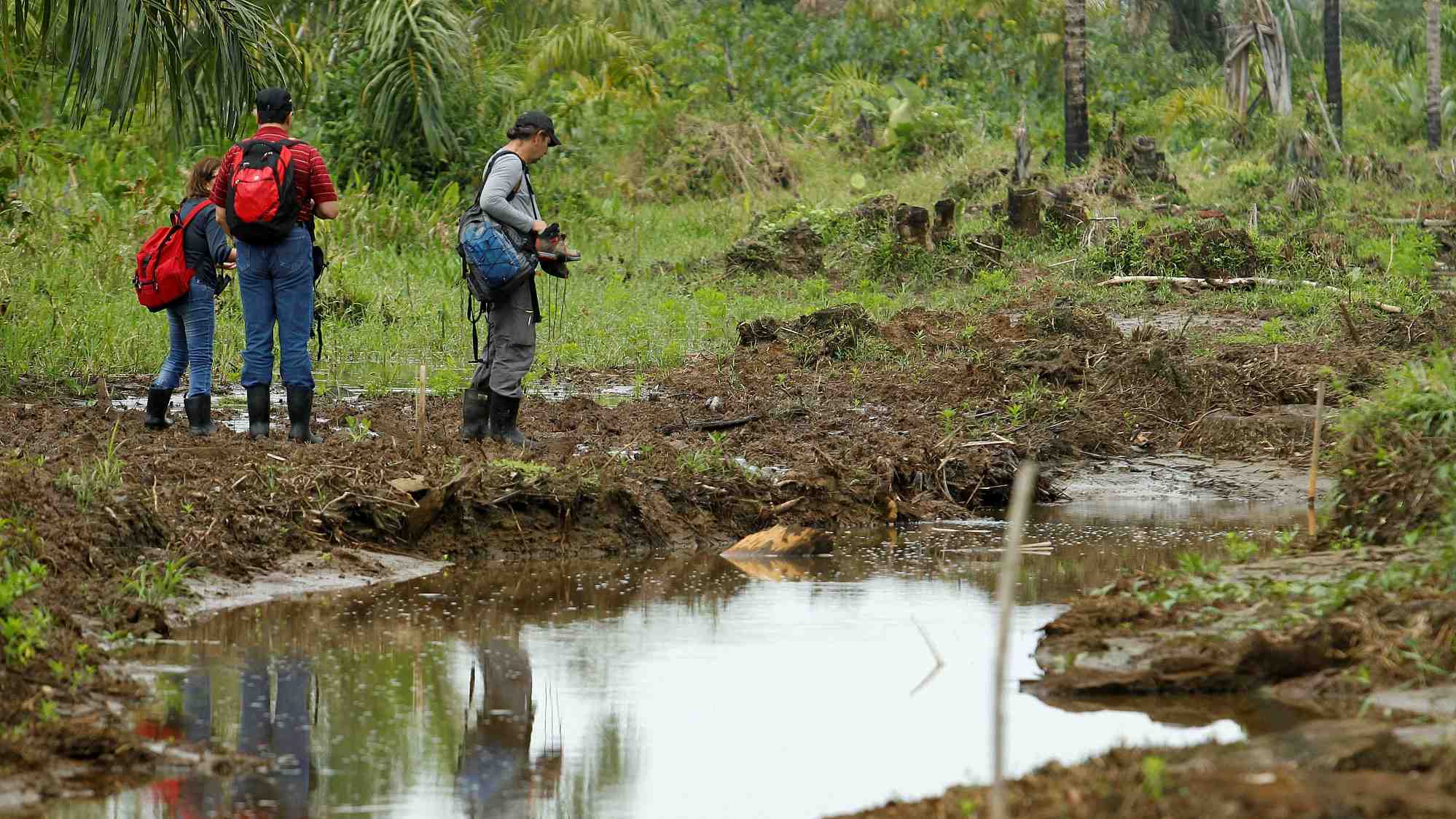 Three representatives of the Ramsar Convention on Wetlands look for environmental damage on Isla Portillos, a 16-square-km swath of Caribbean wetland at the center of a dispute between Costa Rica and Nicaragua, April 5, 2011. (Photo: VCG)

Eighteen cities, including six in China, have been recognized for safeguarding urban wetlands by the 13th Meeting of the Conference of the Contracting Parties to the Ramsar Convention on Wetlands, held in Dubai.

Yinchuan is the only city in western China to earn the recognition. China submitted 15 candidate cities for consideration.

The wetland in Yinchuan, located in the middle of the Ningxia Plain, is traditionally known as "72 interlinked lakes," and includes some famous tourist attractions in northwestern China.

Of Yinchuan's 180,218-hectare land area, wetlands account for approximately 19,188.77 hectares, including rivers, lakes and marshlands. Yinchuan's urban wetland rate is at 10.65 percent and its wetland protection area accounted for 78.5 percent, both meeting the requirements of the Wetland City Accreditation scheme.

Altogether, Yinchuan has six national wetland parks and 200 natural lakes. The city is also home to important migration routes and breeding grounds for migratory birds. There are 239 species of wild birds found in Yinchuan's wetlands, including some under first-class and second-class protection.

Haikou, capital city of tropical Hainan Province, has been called a "water city" since ancient times. With a wetland area of 29,093 hectares and a wetland rate of 12.7 percent, it boasts abundant wetland resources with a big diversity.