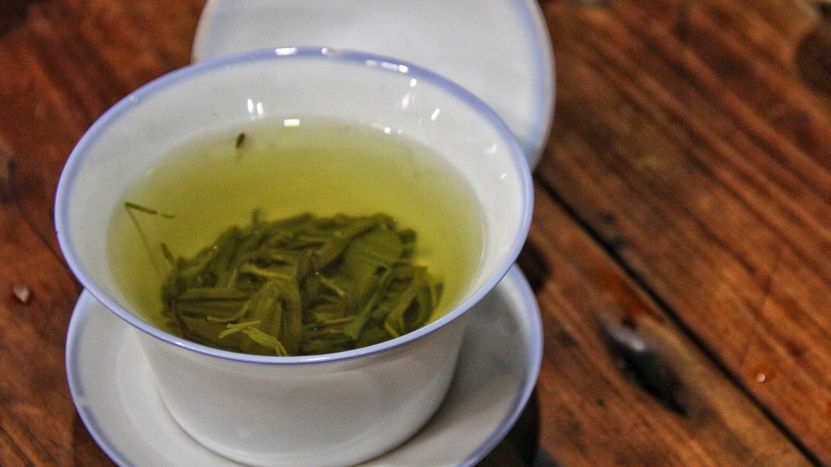 A fifteen-kuai cup of tea earns you a relaxing afternoon playing cards and chatting with friends. (Photo: CGTN)

Everything about Chongqing seems to move fast. From the sky trains to the crowds in Jiefangbei to the lightning-fast rate at which skyscrapers rise out of the ground, Chongqing has an unstoppable rhythm that can be mind-blowing at times. The pace of life, speed of development, and economic growth race forward and upward, slowing down for nothing and no one. The energy is unsurprisingly seen as this metropolis is the latest city to join the ranks of China's municipalities that are under the direct jurisdiction of the central government.

Chongqing today is a far cry from what it once was – a somewhat neglected backwater with a rather breezy pace, deeply rooted in Chinese tradition as its inland location gave it little exposure to Western influences. But now, as the city charges ahead into the future, the modernization is undeniable everywhere you look. Luxurious hot pot palaces are replacing noisy roadside joints, hill-traversing staircases have been demolished to make room for high-rises, and the city's tradition of lazing the afternoon away at a comfortable tea house is fading.

That's what makes Jiaotong Tea House so remarkable – this traditional tea house looks exactly the same as it did decades ago. The same regulars come back week after week, day after day, paying a mere fifteen yuan for a mug of green tea and spending the afternoon playing cards and eating sunflower seeds.

The tea house's time-worn wooden structure and rickety old-fashioned benches reflect the authentic spirit of the establishment. Time seems to stand still here, and I get the feeling that visitors leave their troubles at the door. The changes happening outside in the city fade away, and patrons get transported back in time to a simpler Chongqing. While many downtown tea houses have closed down over the years, this one doesn't seem to be going away.

What's even more striking is that the rarity of such an old-fashioned tea house nowadays has made Jiaotong something of a trendy hotspot. Seeing teenagers and grandparents who are total strangers sitting side-by-side enjoying the same pastime with their respective friend groups gives this place a certain charm, I think. It's a reminder that although the city is transforming, the root of its identity still exists, if you know where to look.