A largely underrated destination for tourists

Every year, millions of tourists flock to China to experience its large variety of natural and man-made attractions — the Great Wall, the Forbidden City, the Terracotta Army, the Bund and the giant pandas, to name just a few. 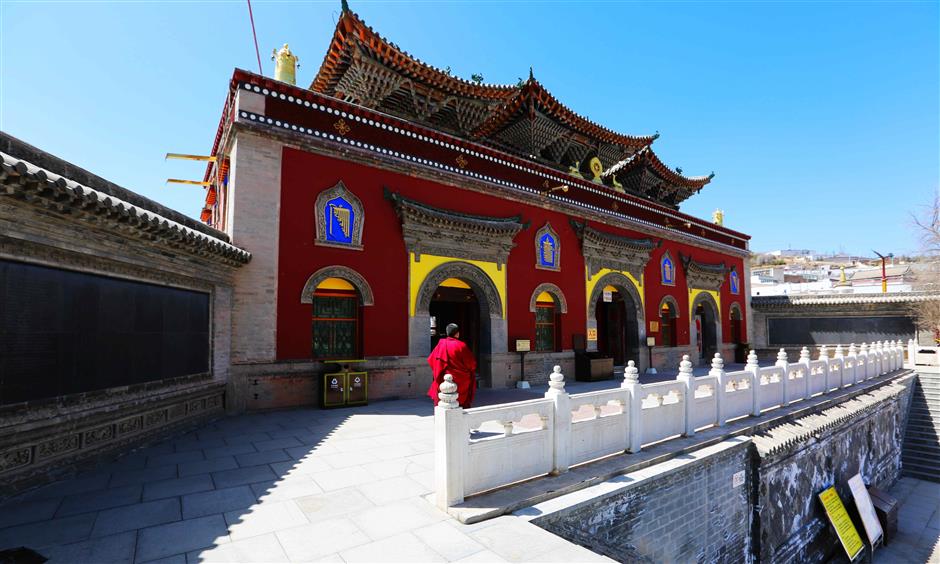 The Kumbum Monastery is a temple compound with a distinct Tibetan feel. (Photos: Shine.cn)

But not many are lucky enough to find their way to Qinghai, where in a single weekend, you can go sledding in the desert, visit Tibetan temples in the mountains, frolic with yaks in the grasslands and relax by the country’s largest inland lake. 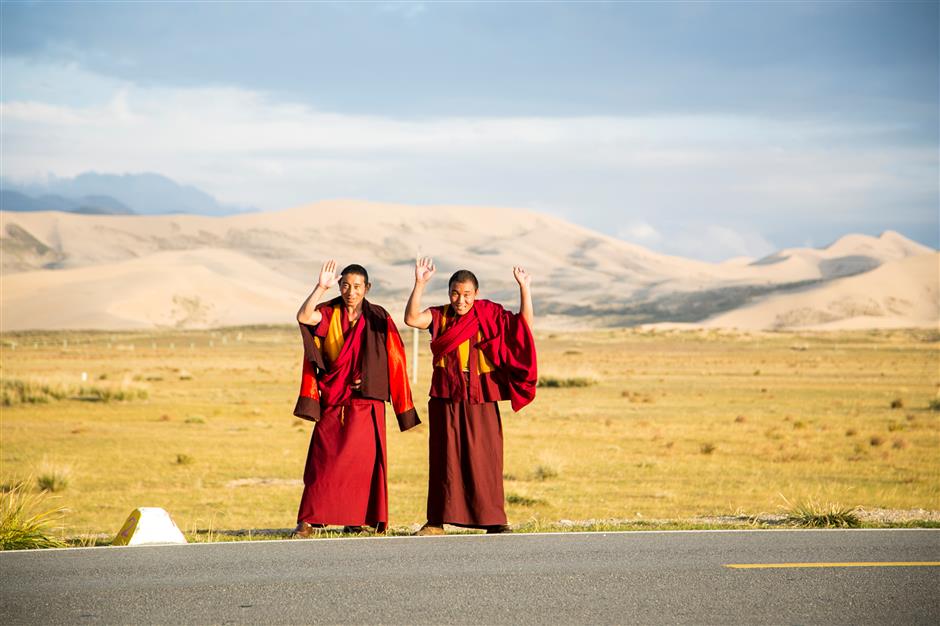 Two Tibetan monks wave to tourists on the way to Qinghai Lake.

I traveled to Qinghai Province in west China on a spring break with seven other American students all semi-fluent in Mandarin. We stayed at the Qinghai Hengyu International Youth Hostel in the capital city of Xining. The hostel’s large covered courtyard is unique and practical, with ample number of comfy chairs, natural sunlight and flourishing plants making the whole place quite cozy. 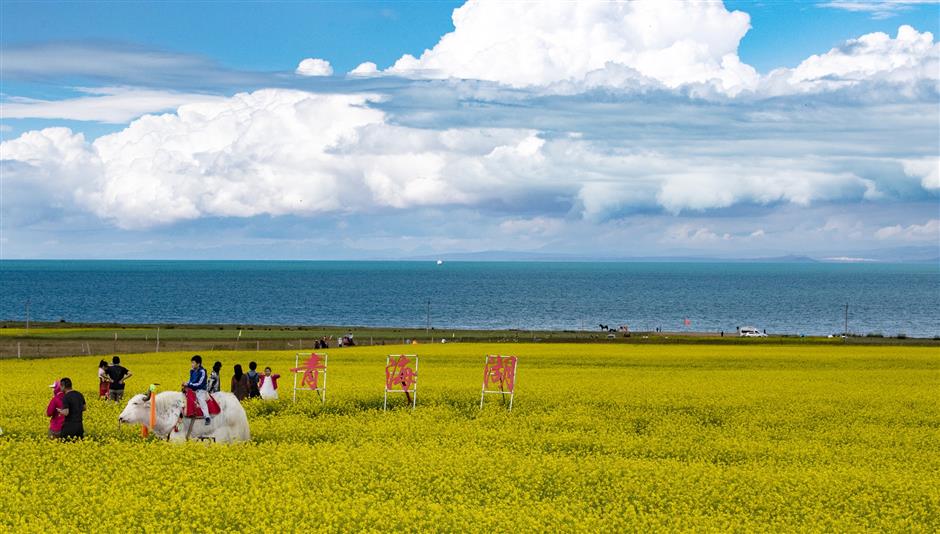 With the help from the front desk, we hired a local driver to take us around the next morning. He drove us deep into the mountains of the Tibetan Plateau. Our first stop was the Kumbum Monastery, which wasn’t a single temple, but a compound of several blocks within a small town.

The town was adorable; many of the streets had Tibetan prayer flags strung up connecting one side to the other. There were many stands surrounding the temple where one could buy souvenirs and local delicacies such as mutton, yogurt and even handmade soap.

Inside the temple gates were bustling with activity: Tourists and monks alike moseyed around, the smell of incense lingering in the air. In many ways, it is very similar to other traditional Chinese temples, except that this one has a distinctly Tibetan feel to it. They do not allow photos to be taken inside any buildings out of respect for the gods, which inadvertently serves a second purpose — if you want to know what it’s really like inside, you must experience it firsthand.

After leaving the first temple, we drove into the surrounding highlands. Winding through the white peaked mountains in the van, I felt it was the most isolated part of China I’d ever seen. We crossed over small streams with crystal-clear water, through grassy valleys with nothing but yaks for miles.

Our driver agreed to pull over so we could run around a grassy plateau and take photos with the yaks. They were surprisingly tolerant of our presence, but we didn’t venture too close. We noticed a newborn yak lying on the ground next to its mother and watched from afar as it stood up to take its first wobbly steps.

Driving further into the mountains we came across a stone Tibetan temple next to the snow-capped peaks, which was covered end to end in prayer flags. Unlike the more touristy temples like Kumbum Monastery, this one did not charge an entry fee.

Inside the small yet ornate halls were the beautifully colored statues typical of such temples. Candles were lit, offerings had been placed, a few elderly Tibetan women were paying their respects to deities, but it was not immediately obvious to me who was keeping up this little gem of a temple.

Driving down the back of the mountain we began to see slightly more evidence of human habitation. We had to stop multiple times to let goats cross the road and passed by the people herding them. Much to my surprise we even passed by what seemed to be little-inhabited cottages, surrounded by chickens pecking around small gardens.

Our driver explained that most of the people who live in the area are older Tibetans, and many of them continue to live a very traditional lifestyle. Eventually, we came across a restaurant at the side of the road and stopped for lunch. There, for 12 yuan (US$1.7), we ate large bowls of flat square-shaped noodles in a tasty mutton sauce.

The next day our experience was equally incredible, but completely different. We drove into what felt like a desert, a dramatic change in scenery from the day before. Though one could still see the snow-capped mountain peaks off in the distance, in between were miles of sand dunes. The little amusement spot (for lack of a better word) that we had been brought to had several interesting activities — archery, four-wheeler driving and sand sledding.

Lastly, we arrived at Qinghai Lake. It was a relaxing last stop on a short trip to a very memorable place. The sparkling waters stretched so far in front of us that we couldn’t see where it ended.

Though Qinghai Lake is salty, there was a well on the beach with crystal-clear water that was so clean that we could drink directly from it. After skipping rocks and dipping our toes in the lake for a while, we filled up our water bottles with the well water and headed back to Xining.

As China’s international reputation and economic growth continue to increase, more tourists will come in search of the rich cultural heritage and natural wonders it has to offer. I just hope they find their way to Qinghai Province.